After 84 games and more than 2,600 minutes in a black-and-gold uniform, Pippen didn’t think his name would be cemented among those who came before him, among those considered to be the greatest to ever play basketball for Vanderbilt.

“It’s just crazy to think how I came here my freshman year and I never thought I would be tops in points and steals or any of that,” Pippen said while sitting in Vanderbilt’s newly refurbished locker room, a venue complete with the images of some of those past greats. “I was just struggling to play – my freshman year I thought I was going to have to redshirt to be honest.

“It’s crazy to look back and say I’m going to be in the Vanderbilt history books. It’s crazy, but I want to continue to add to those numbers.” 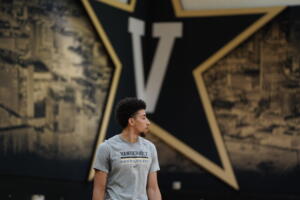 Pippen, an All-American candidate, and the Commodores (15-15) begin their postseason at 7:30 p.m. CT Wednesday at AMALIE Arena in Tampa, Florida, in the first round of the SEC Tournament against Georgia (6-25). It is there that all eyes will continue to be on Pippen. The focus on him increases exponentially with every game the 6-foot-3 point guard plays.

The league’s leader in scoring (20.5 points per game) has not only had a breakout junior season, he has become the face of a new era of Vanderbilt basketball as it has methodically risen from the ground up during an oftentimes painful rebuild.

As a 6-foot, 170-pound guard playing at Sierra Canyon High School in California, Pippen was more or a less a run-of-the-mill prospect who wasn’t taken too seriously by many high-level programs. He reportedly had scholarship offers from Colorado State and Washington State, among others, but his phone wasn’t exactly constantly buzzing with college coaches begging him to wear their colors.

Former Vanderbilt head coach Bryce Drew and assistant coach Jake Diebler began to do their homework on the young Pippen. A relationship formed and Pippen came on an official recruiting visit in January 2019.

Pippen soaked in the facilities at Memorial Gymnasium, watched a game and a few practices and envisioned himself competing in the Southeastern Conference.

“I sat with the coaching staff, I trusted in them, they told me about a couple of the players that they had,” Pippen remembered. “I talked to (former Commodore) Darius (Garland) while he was here and he pretty much told me this was a good spot to be.”

Less than a week later, Pippen committed to Vanderbilt.

But after averaging 16.3 points and 4.6 assists as a high school senior and racking up prep accolades, Pippen watched from afar as his future school made a change in head coaches by letting Drew go and hiring Jerry Stackhouse.

“Then he came down to my high school and watched me work out. Him coming out and showing that he cared – since I’ve been on campus since Day 1 he’s shown me nothing but love. He trusted in me. He’s taught me a lot of things and our relationship has grown from there.” 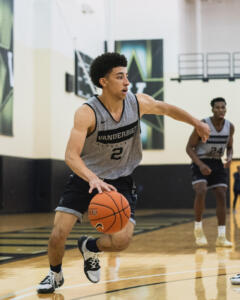 Stackhouse made a calculated move to throw Pippen into the fire as a freshman while the two tried to figure out a way for Vanderbilt as a whole to recover from a winless SEC season in 2018-19. There were definite growing pains.

Pippen averaged a modest 12 points per game and led the Commodores in assists with 114. He scored in double figures in all but eight of the 31 games he played and shot a shade under 40 percent from the floor.

But he also endured an 11-21 season and a nine-game losing streak at one point.

Pippen served notice to the rest of the SEC and college basketball that he was a force to be reckoned with in 2020-21. In a shortened season due to the COVID-19 pandemic, Pippen averaged 20.8 points per game (16th nationally), dished out 4.9 assists per contest and made 142 free throws.

Three times he poured in at least 30 points, including a career-high 36 in a road game at Cincinnati. Pippen recorded his first career double-double with 18 points and 12 assists against Mississippi State.

Still, wins were hard to come by. Vandy finished with just nine victories.

Pippen left Nashville in the offseason for Miami, Florida, and also spent some time in Los Angeles. His thoughts turned to professional basketball as he knew he had done enough through two seasons at Vanderbilt to draw interest from NBA and international scouts.

It would have been understandable had Pippen decided to take the next step in his athletic career and say goodbye after two seasons as a Commodore. But in July, Pippen officially announced he would return to Vanderbilt for his junior season.

“Vanderbilt gave me a chance. Coming out of high school I wasn’t heavily recruited and coach Stackhouse not only gave me an opportunity to come here, but he put the ball in my hands since Day 1,” Pippen said. “He trusted in me so I was always loyal to the team, loyal to the coaching staff because they built me up from this skinny little high school kid who was not recruited to one of the top players in the SEC. I was always loyal to them and so I came back.” 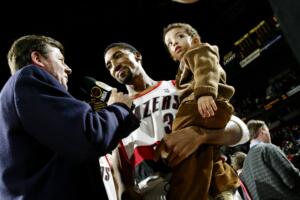 On March 1, after Vandy had suffered an emotionally-draining and frustrating loss at home to Florida, Pippen emerged from the locker room with his father: Scottie Pippen.

The elder Pippen knows a thing or two about defying some odds to become legendary. As a 6-foot-1 guard in Arkansas he began his career at little-known Central Arkansas, grew seven inches over the course of his college career and became an All-American.

Pippen Sr. would go on to win six NBA championships and play in seven All-Star games. Much of his career was spent playing alongside the incomparable Michael Jordan.

Much of Pippen’s recent life, however, has been spent watching his son emerge as one of college basketball’s best. The father and son spent a few more minutes than usual March 1 in Memorial Gymnasium, taking photos and chatting with family and friends before finally meandering toward the exits.

“It’s always going to be something that’s there. He’s a legend for a reason,” Pippen said on persistent questions to him about being raised by one of basketball’s immortalized figures. “Any time he’s brought up with me it’s always a compliment. He’s my dad so I’m used to it.”

A sociology major, Pippen said his growth off the court has somewhat rivaled his growth on it. He scoffs at the misconception that Vanderbilt is too difficult an academic institution where a student-athlete has no room for a social life. He’s made friendships and bonds, he said, that he believes will last a lifetime.

Oh, and he almost made the Dean’s List for the first time last semester.

Pippen also laughs at memories of his freshman season, a not-too-distant past that seems ages ago today. He and teammate Jordan Wright, along with Stackhouse, recently watched film of themselves and marveled at the change in their physical and mental abilities.

Yes, Pippen, his teammates and, most of all, Vanderbilt has changed over the past three seasons. He hopes the Commodore faithful consider that much when they think of his time with “Vandy” on his chest. 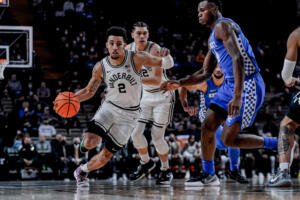 “We’ve dealt with a lot since I’ve been here. To our defense, coach Stackhouse and myself and the dudes in this locker room, when I first came here this was one of the worst teams in college basketball. We were 0-18 in conference. The situation I came in to wasn’t ideal,” Pippen said. “That’s just the cards we were dealt. That’s just the story of my journey, dealing through the struggles and being doubted coming here. ‘Why would you go to Vanderbilt? Why would you do this?’

“I feel like I just want to be known as the dude that changed the culture, the dude that came to one of the worst teams in the SEC and turned it around for the better and just helped the program turn around completely. A dude that was fun to watch, that was loyal to the program, loyal to the hard work. Every time he stepped on the court he played hard and pushed his teammates.” 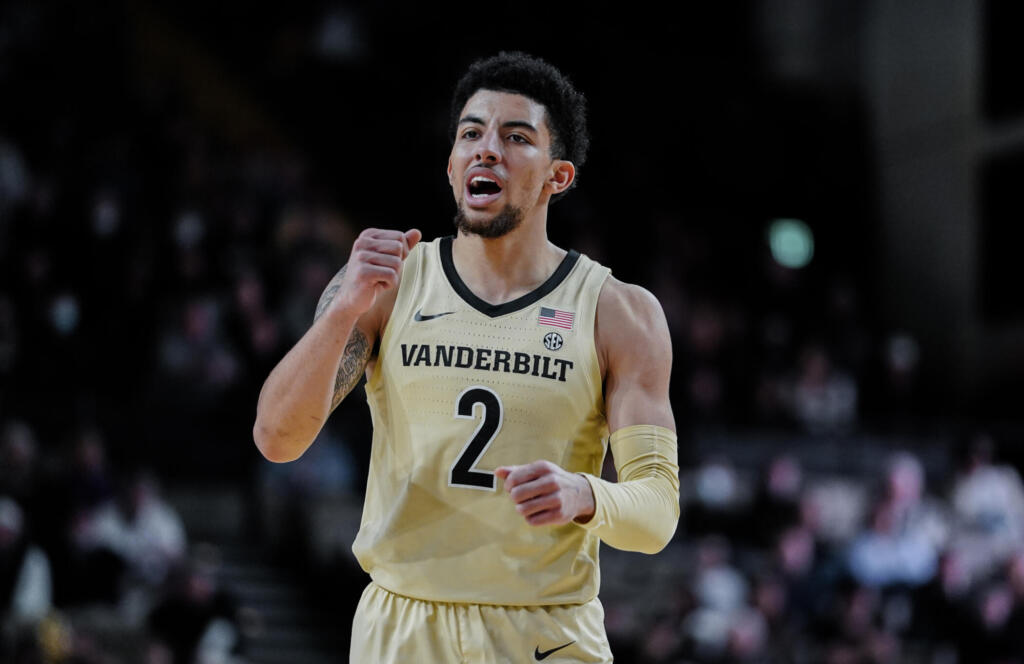 Points in a single season

Points in a single season by a junior

Vanderbilt players with at least 1,400 points and at least 300 assists