Senior receiver looks back on his time as a Commodore

NASHVILLE, Tenn. — Inside Vanderbilt’s football facility there’s a staircase leading from the ground floor to the second. The wall next to that staircase features a single Commodore in uniform looking down on anyone who walks up and down those stairs.

“When I came here, Ralph Webb was up there,” Kalija Lipscomb says, looking through the doorway that leads to that staircase. “He was, to me, the top of what Vanderbilt football is. He’s the face of it.

Lipscomb will be one of the many Vanderbilt seniors taking the field one final time at 2:30 p.m. Saturday when the Commodores face East Tennessee State at Vanderbilt Stadium. It will be the 47th game for the former unheralded recruit out of Louisiana.

And he’ll leave as one of the best wide receivers to ever wear the black and gold.

“Everybody has been telling me it’s coming to an end. The nostalgia is starting to kick in,” Lipscomb said. “Of course I know this place is going to be here, but it’s just the idea that when I came in I was 18 years old. I’m 22 now. I’m a very different person from the person who walked onto campus for my first summer conditioning. 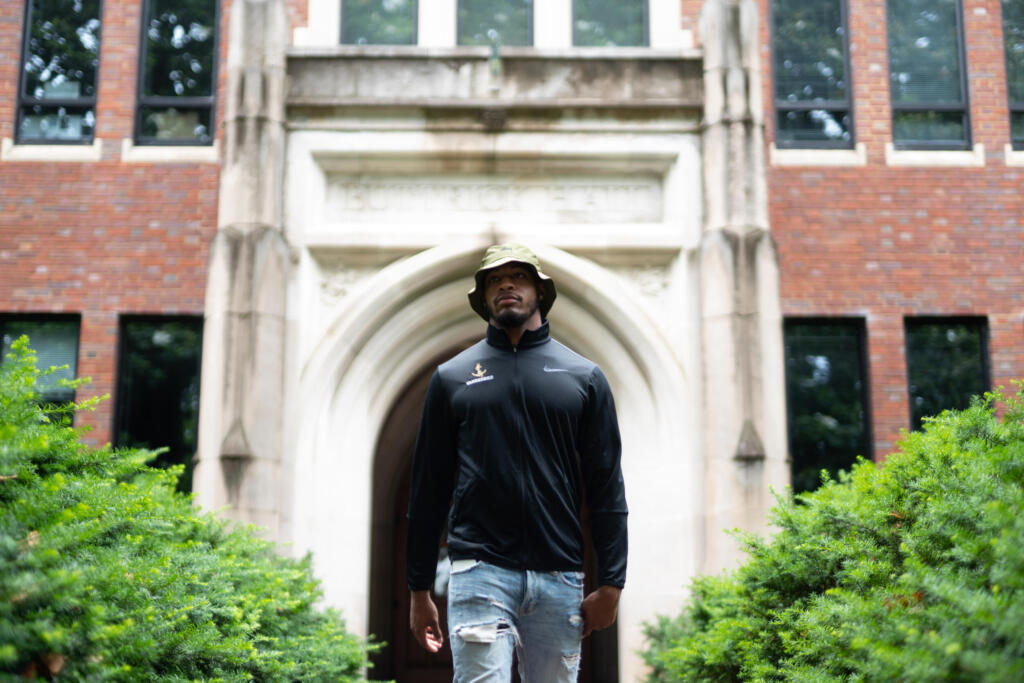 Lipscomb said his mother, Kiesha Washington, actually made him play football at the age of the 4.

“I liked watching movies and staying inside and I guess she got tired of me sitting around and babysitting me so she was like, ‘Go play ball,’ ” Lipscomb said.

Lipscomb has been involved in some form of football ever since then and has never strayed from the sport, flirting only with basketball during his middle school years. But he definitely wasn’t always a wide receiver.

Because, he said, he was the largest kid on the field most of the time, Lipscomb lined up at center, then defensive tackle, then defensive end, then linebacker and then even some tight end. Running back? He didn’t stick there because he couldn’t remember the play calls.

Lipscomb attended Jesuit High School in New Orleans, a school not typically known for its football prowess. In 2014, Lipscomb’s junior year, the Bluejays won a state title and the budding wideout was a big reason why.

An all-state selection in 2014 and 2015 after making more than 130 receptions for 2,300 yards during his career, Lipscomb looked for a college where he could make a difference – much of the same way he did in prep ball.

“My dad felt that if fit my role as far as athletics and academics,” Lipscomb said. “He was like, ‘Man, it fits you. It’s academics and then you go there and no one is really expecting you to do much, and when you go there you’ll make an impact.’ For the most part he’s been right.” 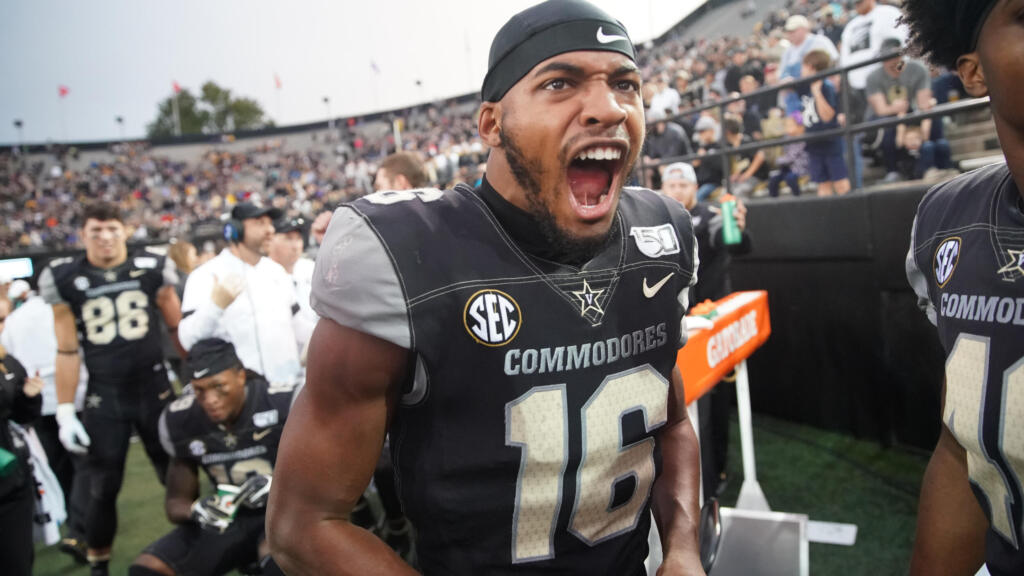 Like most residents of New Orleans, Hurricane Katrina changed everything in 2005.

Lipscomb was just a youth when the historic storm hit. So when he and his mother evacuated to Houston, and while his father headed to Birmingham, Alabama, the significance of that life event didn’t register for the youngster.

“It was different because it was – just being a kid, what all do you have? You have your family and your friends,” Lipscomb said. “So when Katrina happens, we leave, friends leave, everybody leaves and I’m in Houston now and I don’t know anybody. I’m already a shy kid so it’s a little different.

Because of Katrina’s widespread devastation and destruction to the city, Lipscomb wound up going to a different school system than the one he was previously a part of before the hurricane. He knows had things remained the same he may not be the person he is today – a Vanderbilt Commodore and a possible NFL Draft pick.

“I’m a believer in all things happening for a reason. Katrina is what it is, but if Katrina didn’t happen I probably wouldn’t be here,” Lipscomb said. “It definitely has had a lasting impact. It’s not something that just happened and then people rebuilt from it. It changed lives.”

Lipscomb grew up entrenched in the 7th Ward of New Orleans. His mother, who hails from Hollygrove (where rapper Lil Wayne grew up), and father, who lived in the St. Bernard Projects, met in high school in the 7th, and Lipscomb walked to school in the 7th with his grandmother back before the city changed in 2005.

Today, Lipscomb speaks with a quiet pride for his neighborhood and his city. A tattoo on his arm showcases the number seven and he also wore a St. Bernard’s pin on his suit during SEC Media Days in July. He wore the No. 17 in high school to represent his extended family’s residencies in the 17th Ward.

“I think everybody has a basis for who they are and where they come from and why they do the things they do,” Lipscomb said. “Behind the number it’s my family. It’s everything that I come from. Everybody that I represent. I think people understand that.

Lipscomb’s father, Karanja Lipscomb, made news in 2016 when he turned his New Orleans barbershop into the headquarters of the Kalija Lipscomb Fan Club. Karanja Lipscomb, who has cut the hair of James Harden, Kevin Durant, Russell Westbrook, Method Man, Amber Rose and Reggie Bush, to highlight some, still organizes busloads of family and friends to come to Nashville to watch his son play for Vanderbilt.

Saturday will be the Lipscomb family’s last time to make that trip.

“I couldn’t be prouder, to be honest with you,” the elder Lipscomb said of his son’s success. “We had a conversation over the last couple days and I had to express to him that over the last 22 years my life has been defined by supporting him. And I couldn’t feel more rewarded by his success.

“To be able to earn the opportunity to attend an institution like Vanderbilt and athletically excel the way he did and leave his mark on the institution … It’s been a privilege and an honor for me to see people cheer for my son. At times it’s been overwhelming.” 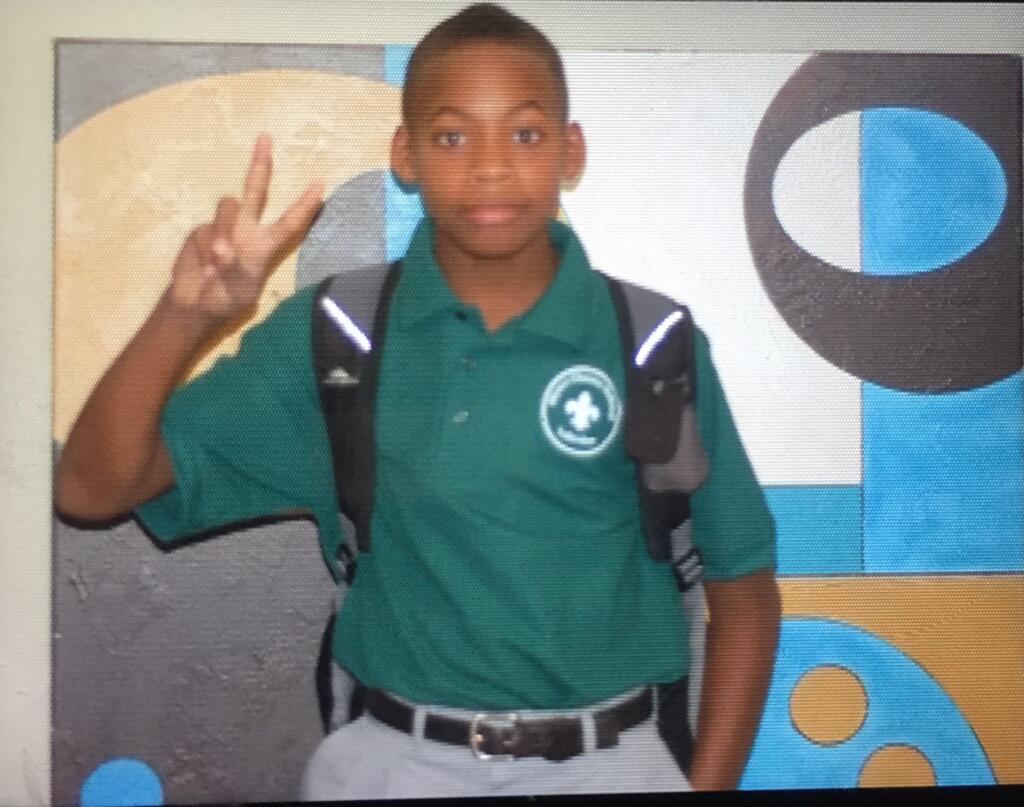 WHO IS INFLUENCING WHOM?

Kalija Lipscomb said his mother and father have always been key influences in his life. And former Vandy assistant coach Cortez Hankton, now at Georgia, took Lipscomb under his wing as well – Hankton suggested Lipscomb wear the number 16.

But Lipscomb said the real motivation in everything he does goes back to his younger siblings.

“They influence me way more than I influence them. They look up to me,” he said. “I see qualities in each of them that I didn’t have at that age just because of how I thought about stuff or the life I was living or how I felt about my upbringing. They’re smart, fun, energetic, loving – that’s my people.”

Another Lipscomb tattoo depicts a smaller hand grabbing hold of the big finger of a larger hand. That serves as a reminder for Lipscomb that family is always watching.

“People have ‘whys’ in the world,” he said. “The thing that I prize the most is all my little siblings and the idea of being a big brother to them. It means a lot.” 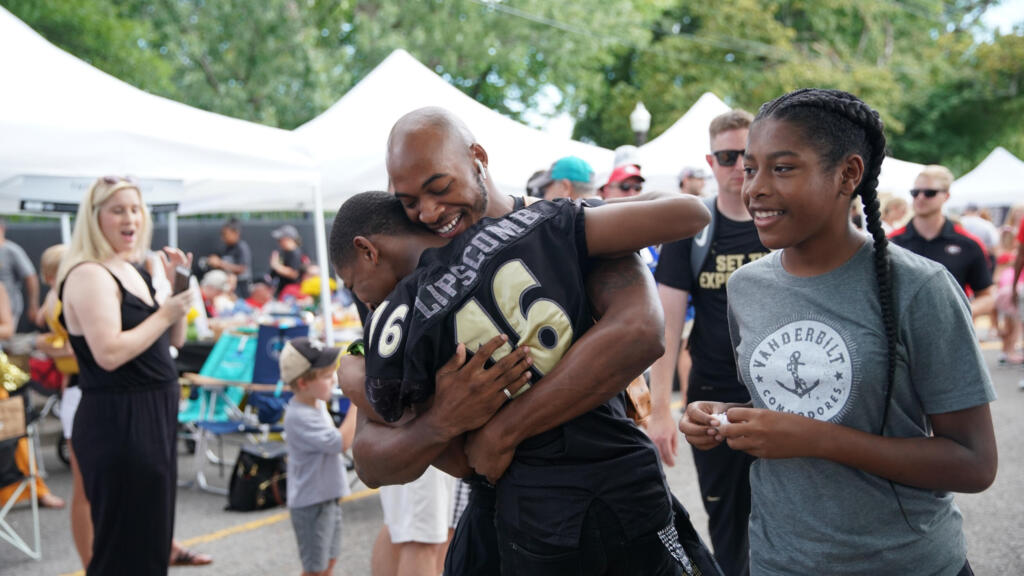 Karanja Lipscomb has no problem remembering the most-emotional moment he went through as it relates to his son: Sept. 1, 2016.

“Me and a close friend of mine came up for the game – and it was a last-minute decision. We were sitting there and (Vanderbilt only) had 10 people on the field. Then right before the first play started, that 11th guy ran on the field, and it was him. I said, ‘Wow, my boy is about to play the first snap in an SEC game to open the college football season.’

“It’s just been a joy to watch him progress and get better ever since. I couldn’t be more proud of the kid.”

Lipscomb made one catch for 15 yards in that game against South Carolina. He’s made at least one reception in 42 games since.

Against Notre Dame in 2018, Lipscomb snagged 11 passes. Against Tennessee State later that season he racked up 174 yards on nine receptions and in 2017 put together a seven-catch, 128-yard day against South Carolina.

It’s all been part of quite the career for a young man who left New Orleans not knowing what to expect or just how successful he could become on and off the field.

“I may actually say he regressed first – and then he rose to the occasion,” Karanja Lipscomb said. “He’s always been been very cerebral. He’ll think things out. He’s not very impulsive. I knew he would do fine on his own.

“Life is a journey. Even where he is now, like most of us, we still have some maturing and growing to do. But I think he did well while he was there. I think he managed his time well and I think Nashville as a city, Vanderbilt as an institution and the whole athletic program had a lot to do with that. Everybody played a role on keeping him on the straight and narrow and helping him succeed in getting to where he is now.”

A sociology major, Kalija Lipscomb admitted he’s not quite sure what a career path might look like outside of football. That’s because after the final two games of his college career this month he’ll be getting ready for the National Football League and his immediate future on the gridiron.

“Where I am today, none of it is of my own doing,” he said. “I’ve been helped along the way by pretty much everybody I’ve met in college – different coaches, different assistants, different students and different teammates. It all got me here. There’s been some time where things didn’t go to where I wanted them to be. If you go back to my freshman year, I started the first seven games, but it was rough. You go watch the tape and it was rough. I was just out there running around.

“Just growing from that and seeing the evolution of, not only my game, but myself as a person these last four years has made all the difference.”