A consensus All-SEC selection, Coleman left Vanderbilt rated as the nation’s No. 1 cornerback by NFL scouts.

Coleman was a four-year starter. As a freshman, he contributed four interceptions, including a team-record tying three picks in a victory over Chattanooga. At the time, his effort against Chattanooga also tied a SEC mark. 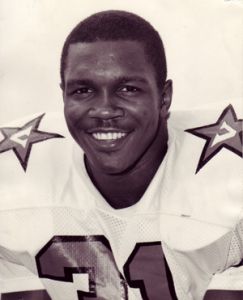 Coleman’s efforts as a junior was a key for Vanderbilt’s Hall of Fame Bowl season in 1982, including a pair of interceptions in the season-opening win over Memphis. He finished the year by setting a team mark with eight interceptions.

He holds the team record with 15 career interceptions.

Coleman played professionally in the USFL and several seasons in the NFL with Indianapolis and San Diego.