NASHVILLE, Tenn. — When the U.S. Women’s Open tees off Thursday, golfers will have an opportunity to compete in the tournament they’ve been preparing to play in for nearly their entire lives.

One of those golfers will be Vanderbilt’s Auston Kim who is competing in the event for the second year in a row. 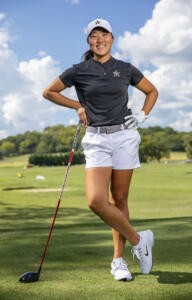 Among the top-ranked amateur golfers in the world, Kim earned an exemption into the U.S. Open and will compete against some of the best golfers in the game. The journey to the big stage started when Kim first picked up a golf club at the age of five.

Since then she has not looked back.

“Golf was really the only sport I played when I was younger,” Kim said. “There were moments when I wanted to branch out and try something new, but golf took up a lot of time.”

When Kim was in sixth grade her family moved from New York to Florida so that she and her sister August, who is five years older, could play golf all year round.

“It gets too cold in New York to play golf in the winter,” Kim said. “My sister and I wanted to chase our golf dreams, so we packed up and moved to Florida.”

In the Sunshine State, the Kim sisters stayed on course. August went to play golf at Purdue and when Purdue offered Auston the same opportunity she committed to be a Boilermaker as well.

But after realizing she wanted to take a different path than her sister, Auston reopened her recruitment. 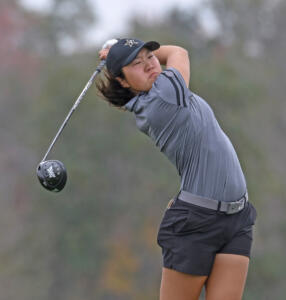 “Some schools backed off and looked for other girls to fill up their roster spots when I committed (to Purdue),” Kim said. “When I decommitted, I did not know where I wanted to go but I knew I was looking for a school with great academics and great golf.”

On the drive from Indiana back to Florida from August’s graduation at Purdue, Auston emailed Vanderbilt’s head golf coach Greg Allen expressing her interest in competing for the Commodores. Allen invited Kim to come on campus for a tour.

“Once I visited the campus I knew this is where I wanted to be before they even offered me a spot,” Kim said. “Coach Allen was very gracious and the school had everything I was looking for.”

From her first moment on West End, Kim has been a star. She was named an All-American and All-SEC first team as a freshman. She won the individual title at the 2019 NCAA Regionals at Auburn and won the 2019 Cougar Classic in Charleston, South Carolina.

Off the course she has been active as well. As a political science major Kim plans to give back to the community when she is finished with her golf career.

Kim has twice made the SEC Academic Honor Roll.

“After golf I want to get into civil service or the public sector,” Kim said. “I am intrigued by the way our government works and I want to help those who need it the most.” 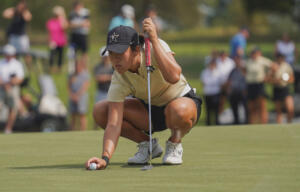 While all that will remain a future passion for Kim, right now she is focused on the near future and the major week ahead.

“My mind is set on the U.S. Open,” said Kim, who shot a 7-over and missed the cut during the 2019 event. “Playing in it last year helped my confidence for whatever this year’s tournament has to offer. I am excited and grateful for the opportunity.”

The 2020 U.S.Women’s Open is scheduled to begin Thursday at the Champions Golf Club in Houston, Texas. Live coverage of the event can be seen on PeacockTV.com and the Golf Channel.