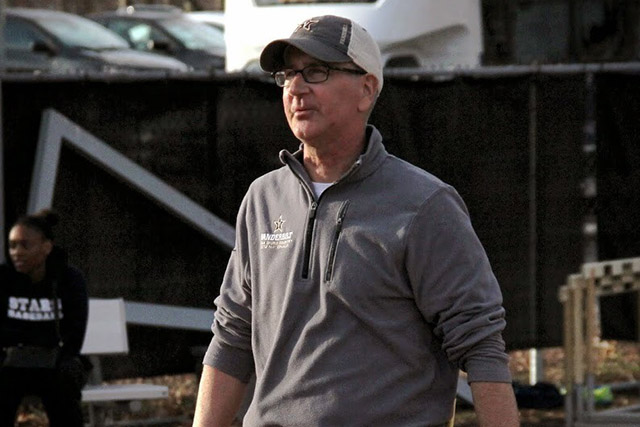 That’s all Vanderbilt cross country and track coach Steve Keith knows about the person who gave him a second lease on life.

Nearly two years ago, he received a bone marrow transplant from an international donor. The transplant saved his life, just months after he was diagnosed with myelodysplastic syndrome (MDS). The rare cancer formed into Adult Acute Myeloid Leukemia (AML) and rapid dose of chemotherapy was just prolonging the inevitable Ã¢â‚¬â€ Keith needed a stem cell transplant.

On Sept. 19, 2013, Keith had his second birthday and received a bone marrow transplant from a 27-year-old German male thanks to being placed on the National Marrow Donor Program/Be The Match registry.

To respect the privacy of their international donors, Be The Match won’t release the donor’s name or allow contact over the phone or in person the first two years after the transplant.

Keith has already reached out, sending a letter to his donor at the one-year anniversary of his transplant this past September. He hasn’t heard back. But Keith, just as determined as he was to beat cancer, will be persistent to show his sincere gratitude.

“I’ll keep trying. I’ll do everything I can,” Keith said. “This person doesn’t know what they got into. It might turn people off for donating (laughs). But I’ll respect their privacyÃ¢â‚¬Â¦ You’re that 10 out of 10 match that has put me in position where I don’t even think about it.”

Two years after becoming severely ill at the NCAA Indoor Track Championships and being flown out of Fayetteville, Ark., on a helicopter by Vanderbilt Life Flight, Keith has made MDS an afterthought.

The 55-year-old runs more than 40 miles a week. He is a daily staple on the treadmill in the Vanderbilt weight room. This past November, he ran the Boulevard Bolt, the annual 5-mile Thanksgiving tradition in Belle Meade, for the first time in five years. And he finished faster than he did five years before when he was 50.

In March, he was scheduled to run the Tom King Half Marathon at Shelby Bottoms Park in East Nashville. But the race was shortened due to severe weather. No worries, Keith just ran the 5K in an impressive time of 19:18 to finish second in his age group and 54th overall out of 879 participants. The last time he broke 20 minutes in a 5K he lived in AtlantaÃ¢â‚¬â€10 years ago.

His coaching staff and student-athletes are urging him to run the USA Track and Field Masters’ one-mile race in Charlottesville, Va., when the team is up there for the Virginia Invitational at the end of the month.

“It is just one slice of what you would call new life. But it truly is,” he said. “That’s been a part of me professionally, but also how I like to work out. I like to work out hard and raceÃ¢â‚¬Â¦ I’d let it slide (before he was diagnosed with MDS). Little did I know, my letting it slide, was the disease creeping in. For a year or more, I just sort of let things go and focused on work and not on myself. Typical guy.”

Keith has others in mind, too. Other cancer patients who have been stricken with leukemia.

In March, he traveled to Washington, D.C., and lobbied Congress for more support and funding of the Be The Match program. Keith was chosen by Be The Match to serve as an advocate for the program and he was paired with a staff member. The two met with legislators and their assistants in charge of health issues, such as Tennessee politicians Sen. Lamar Alexander, Sen. Bob Corker, Congressman Jim Cooper and Congressman Chuck Fleischmann. Alexander, a former Vanderbilt graduate and track alum like Keith, is on the U.S. Senate Committee on Health Education Labor & Pensions and presents major influence for more funding.

“The opportunity to tell your story and to try to get people to support moreÃ¢â‚¬Â¦ I think anybody who has been through it would say, ‘Yeah, please,'” Keith said. “Bottom line is 20, 30 years ago the science wasn’t as nearly as good and the availability wasn’t there. Now it is really helping people but it can continue to help people even more.”

Keith plans to help with a Be The Match drive on Vanderbilt’s campus later this month. He says he’ll gladly get the word out for a cause and program that saved his life.

“If I only had my own example to go by, which is true, then I’ll talk that way, I’ll walk that way, I’ll run that way, and I still am,” Keith said with a smile. “It is a really simple thing to go in and get swabbed and sign up, then not worry about it, not think about it. Then maybe you get the call (to donate). Anything I can do to help. That is part of my life now. And I’ll gladly tell that story.”