A Vanderbilt law school graduate in 2006, Giboney had immediate professional plans to begin working for a law firm. Instead, he found himself involved with a political campaign.

And then he found himself having a different perspective.

“I just met so many grass roots people in the city,” he said. “I think that one of the best lessons I got, as somebody who is an attorney coming from a prestigious university, was that there was a difference between intelligence and a political smartness. But there is also a difference between that intelligence and really understanding the community.

“I had some mentors who were really grass roots folks who had been in that activism for years and they gave me the value of that. I think when I really started to understand the value of being in the community, being a part of a community, not just coming in and telling people what they need – at that point I really started to internalize the issues and want to make a change.”

Giboney is now an attorney and political strategist in Atlanta using the lessons he learned during his time in Nashville. He arrived on West End in 1999 as a wide-eyed freshman from Denver, Colorado, looking to make an impact for head coach Woody Widenhofer’s football program. 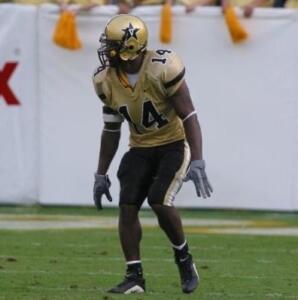 After making two tackles as a true freshman during the ’99 season, Giboney suffered a broken leg. He returned in 2000 to make 52 tackles and a sack while breaking up two passes.

As a starting safety during the 2001 and 2002 seasons the 6-foot-3, 203-pound graduate of Cherry Creek High School (Colorado) totaled 202 stops and seven pass breakups to go along with two interceptions.

In the classroom, meanwhile, Giboney was earning a bachelor’s degree in Human and Organizational Development with a minor in philosophy before going on to earn a Juris Doctor degree from Vanderbilt Law School.

“I really started to explore different social issues for the first time, trying to understand a lot of what was going on,” Giboney said of his years as an upperclassmen and law student. “I think a lot of that started with my experiences at Vandy.”

Giboney is now the president of the And Campaign which promotes, “Biblical values and social justice.” He co-authored the book Compassion (&) Conviction, was twice a Democratic National Convention delegate and founded the anti-displacement advocacy organization City Roots ATL.

He said he credits the diverse environment he encountered during his time as a Commodore along with the competitiveness of the academic standards on campus with shaping his mentality. Having to battle each Saturday in the SEC only increased his desire to be the best.

“Being around such talented young people and going to class with them and exchanging ideas with them really set a standard for me that I used to this day for expectations of myself when I do work at the level I expect to be on,” Giboney said. “Because of the competition I had at Vanderbilt it just leads to going a little bit harder.

“I think a good portion of that did come about because of my experiences at Vanderbilt.” 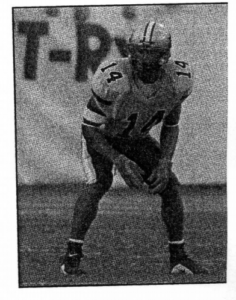 Nearly 20 years after Giboney hung up his cleats, he’s witnessing a new era of civil rights and social activism. He’s also been able to watch from afar how current Vandy students, like those involved in founding the Black Student-Athlete Group, for instance, are striving to make a difference in the present day.

A former member of the Vanderbilt University Alumni Association Board of Directors, Giboney expressed his pride at setting an example to follow for those who came after him.

“I think student-athletes should be involved,” Giboney said. “They have a certain place on campus that gives them a platform and people will listen to that, so for them to take a leadership role in getting other students involved is huge.

“One of the things that I would urge young people to do is get out in the community. Sometimes college can be a bubble. The more that you can get into the community, it’s going to make your experience that much better. You want to get out and learn about the community and learn what is going on around you.”