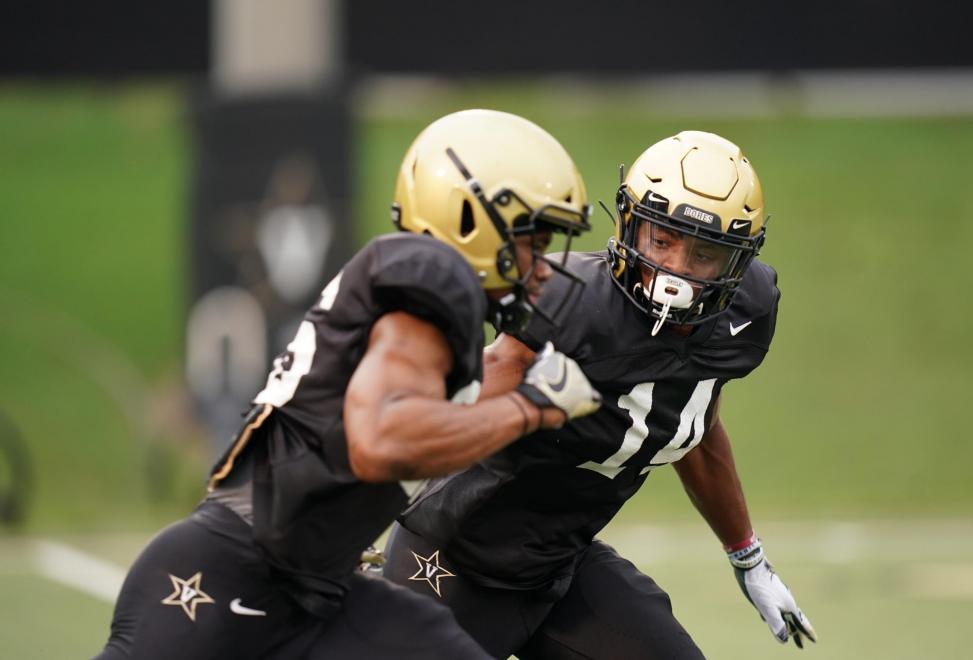 NASHVILLE, Tenn. – The Commodores pushed through an intense 90-minute practice late Thursday, their last in full pads until the team stages its first preseason scrimmage this Saturday.

The Commodores’ high-energy workout Thursday focused on conditioning, individual and team drills, and expanding schemes in all three areas of the game.

Head coach Derek Mason and the Commodores will return to the John Rich Practice Facility in limited gear Friday, putting in final preparations for the scrimmage on Saturday.

New Uniform Reveal Coming at Dore Jam this Saturday
Dore Jam, on tap this Saturday on campus, will feature the unveiling of Vanderbilt’s newest game-day uniform. The reveal will take place this Saturday at 4 p.m., one hour after doors open to the public. It will mark the Commodores’ first new design since the Deep Water uniforms were introduced in 2015.

Dore Jam is open from 3-5 p.m. at the Vanderbilt Multipurpose Center located on campus between 25th Avenue South and Natchez Trace. For the third straight year, the main entrance will be located off Children’s Way. Admission and parking (surface lots across Natchez Trace from the track complex) are free of charge.

Annually, Dore Jam is one of the top activities on the preseason calendar for Commodore fans, with thousands attending to get autographs from head coach Derek Mason and their favorite Vanderbilt student-athletes and enjoy an array of family activities.

The first 2,000 fans entering Dore Jam can create their own t-shirt designs at a station operated by Hip Hues. The Nashville-based apparel company founded by Vanderbilt graduate Sondra Noble.