On Sunday, Vanderbilt Athletics sponsored a day trip to Memphis in recognition of the Dr. Martin Luther King, Jr. holiday. The group of Commodore student-athletes, staffers and faculty took in a guided tour of the National Civil Rights Museum at the Lorraine Motel, the site of Dr. King’s assassination 50 years ago this coming April. The group ate lunch at Central BBQ – a Memphis staple – before capping the day with a tour of the STAX Museum of American Soul Music.

VUCommodores.com caught up with three attendees of the trip to reflect on the experience in Memphis.

Simone Charley, senior soccer, track & field athlete
The Lorraine Motel was such a humbling experience. You begin the tour on the first floor talking about the transatlantic slave trade before moving on to slavery in America. As the tour progresses, you feel the struggles that led to the journey of Dr. King.

The tour ends at Dr. King’s hotel room and the actual balcony on which he lost his life. I honestly have no words for what that felt like. Most of us simply stood in silence. It was difficult to wrap my head around those moments. You grow up hearing the impact that Dr. King had, as he was such a central figure in the civil rights movement. But standing exactly where he took his last breath and said his last words, our entire group felt the impact of that moment. 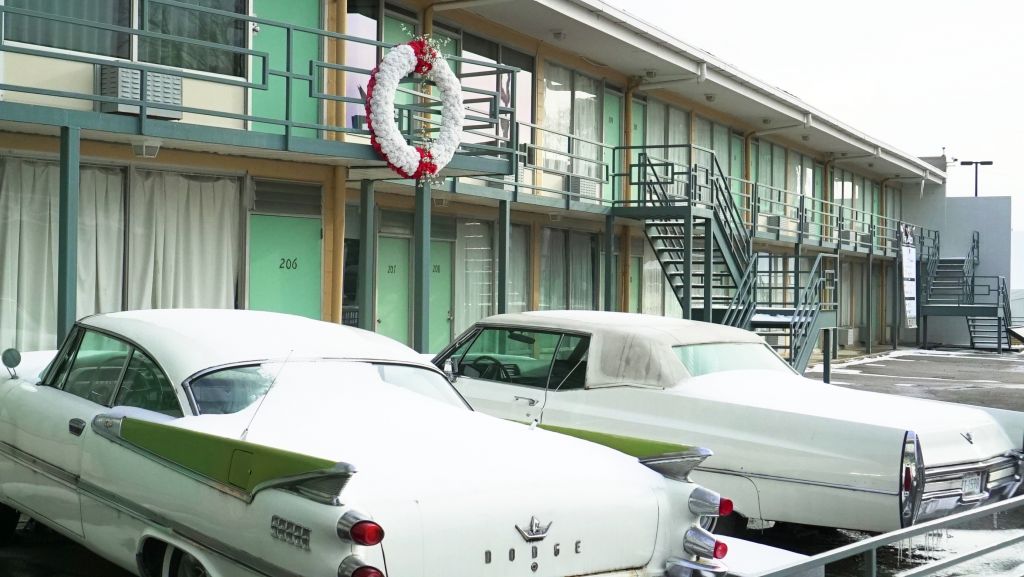 We were then taken across the street to the spot where the shooter took his shot, which included a detailed breakdown of theories on how the actual day unfolded. They even show you the actual window from which the sniper aimed his gun.

Overall, the museum was a tremendous way to honor someone’s past. Dr. Martin Luther King, Jr. was an American hero. We know Dr. King had this huge impact on American history, but there’s no substitute for visiting the museum and actual exhibits that honor him. You might not necessarily learn all of this in history classes.

This was my second time venturing on a Vanderbilt Athletics trip on Martin Luther King, Jr. Day, as I traveled with the Commodores to Washington, D.C. last January. We as student-athletes are so fortunate that Vanderbilt offers these opportunities, a chance to learn outside the classroom and get a more hands-on and personal experience with history. To see these artifacts from history, to experience the gravity of standing where Dr. King lost his life, that’s an experience you can’t replicate. 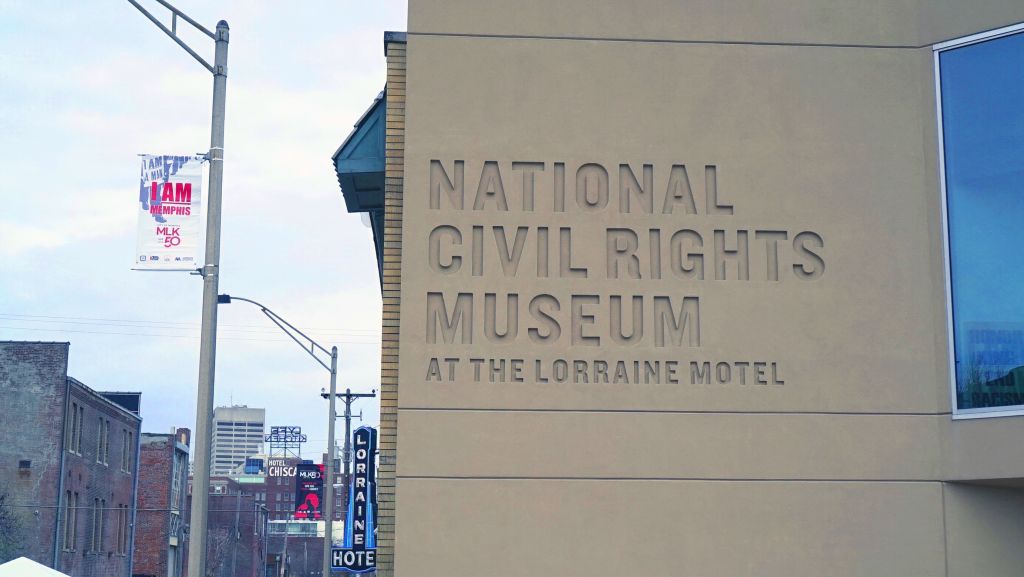 Leshaun Oliver, VUPD officer
I had taken my daughter to the Lorraine Motel this summer for the first time, but on this trip I was able to bring my son, as well. It’s an opportunity to expose my kids to history. Even at a young age, you can reflect, compare to where you are now and see how you arrived to where you are now.

The Lorraine Motel is like hopping into a time machine. The cars, the clothes, even the furniture – they left Dr. King’s hotel room almost exactly as it was. It’s like stepping back into 1968.

From the beginning of the museum, you begin at slavery and work your way up to significant moments around the civil rights movement. Towards the end, you begin to feel a sense of, where do we go from here?

I had never been to the STAX Museum before. It was remarkable the influence that music has had on culture. It’s impressive that artists made such contributions and were able to become change agents, given the time period. 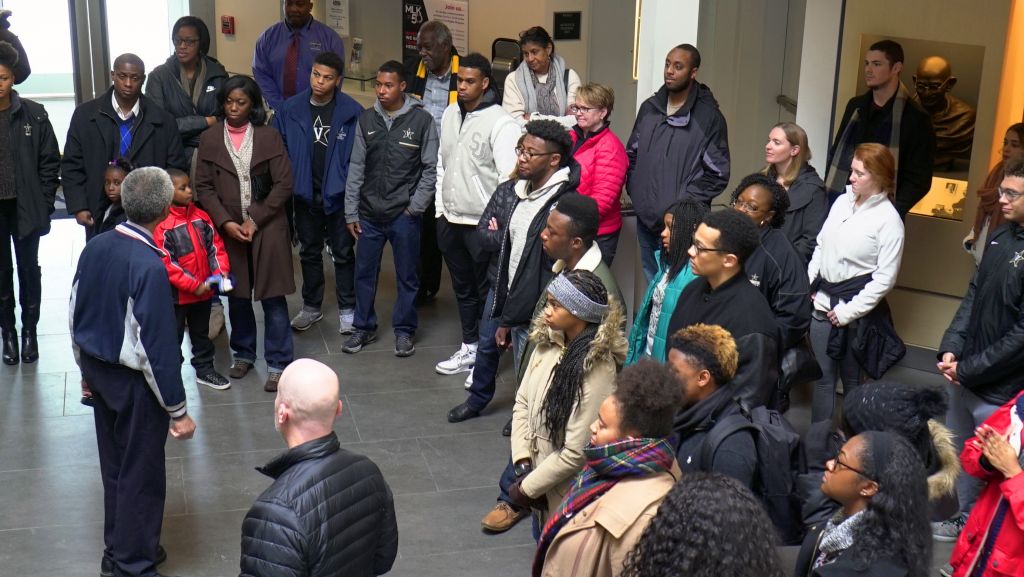 I’m a native Tennessean, and I was struck by the musical history of my home state. There is so much history that came out of Tennessee, artists I’ve known for years and African-American culture that has had an impact across the globe.

As we prepared to leave Memphis, I asked my five-year-old son what stood out most to him. He remembered the bus that started the bus boycott, with Rosa Parks. From there, I showed him how blacks would have to get on the bus and take their seats and get off in the back. He remembered that moment, and he’s just five.

I think that early exposure at a young age to history is important. As a kid, I was told stories of Dr. King and the Civil Rights movement. But these opportunities allow you to assess your own identity and draw your own conclusions. This gives my kids a head start in understanding and appreciating civil rights.

Dr. Vanessa B. Beasley, Dean of the Martha Rivers Ingram Commons
I study the rhetoric of U.S. presidents about civil rights, covering everyone from Truman to Trump. I always jump at any opportunity to visit a civil rights museum. What we ask each other to remember, as a culture, is important, as is what — and who — we leave out. Having partnered with Vanderbilt Athletics for two years now to tell the stories of Perry Wallace and Godfrey Dillard at Vanderbilt, I knew this would be a special trip that combined my scholarly interests with a shared commitment with a campus partner.

I appreciated how the Lorraine Motel museum designed your experience as you step into Rooms 306 and 307, where Dr. King spent the final moments of his life. As you wait to enter those rooms, you hear his voice giving the speech we now call “I’ve been to the Mountaintop,” the last speech he ever delivered. He talks about how he is not worried about anything and how he fears no one. We, as museum-goers, knew the trauma that awaited just around the metaphorical and literal corner as we waited in line together. The juxtaposition is an invitation to reflect on, among other things, the depths of Dr. King’s certainty, commitment and clarity in what would have been his final days. 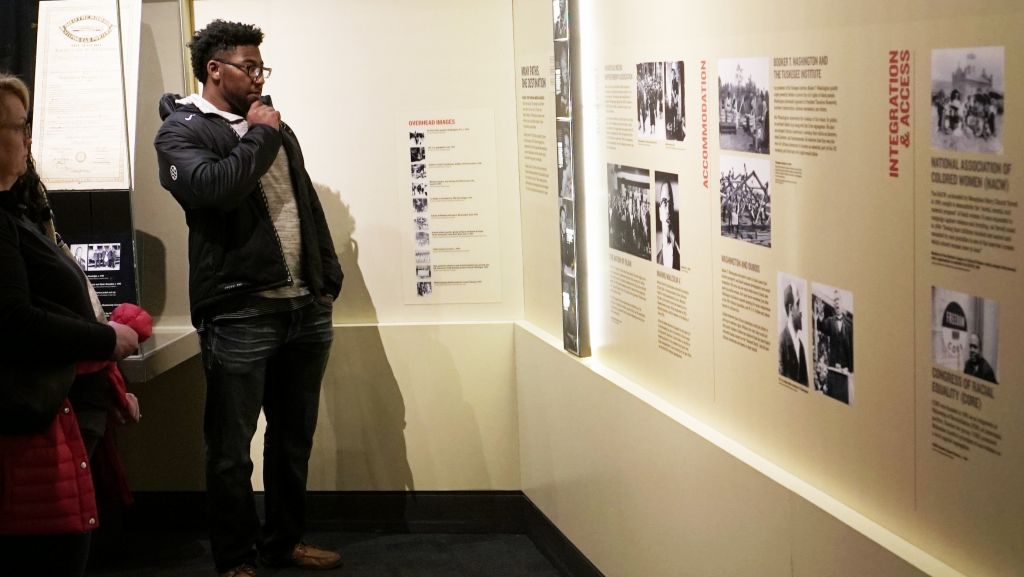 When we visited the STAX Museum later in the afternoon, we were given more specific information about how Dr. King’s death impacted the people of Memphis — not just his colleagues, movement workers or the sanitation workers who had been on strike, but also citizens who knew that something in their city had changed just as the nation itself had been changed by Dr. King’s life.

In my role as dean of The Ingram Commons, I spend a lot of time thinking about how we can learn together, as a community, outside of the classroom as well as inside those spaces. This trip was a perfect example of the deep learning that can happen when we choose to open our minds, our schedules and our hearts. Perhaps one could argue that what we read, heard and saw together at both museums were things we could have learned elsewhere. And yet it is very important to take time away — or time out — from our regular routines to learn new things, especially when we can travel to the spaces where history happened. Thus, it comes alive before us in new ways.

I am very grateful that I was able to experience this opportunity with Vanderbilt students, staff and faculty. I learned a lot, and it was a day I’ll never forget.