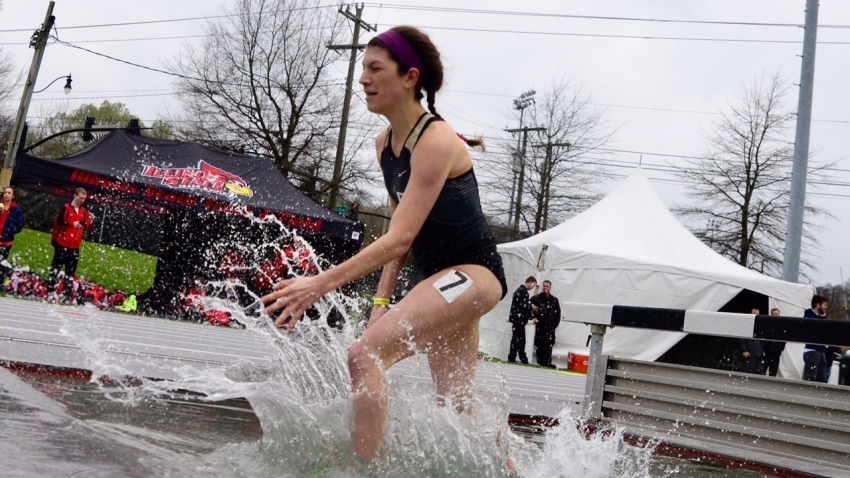 Bustamante ran the fourth-fastest 800 meters in team history Friday, clocking the distance in 2:06.50 to finish as the fastest SEC runner in a field of 54 competitors. Breeding’s 10:50.51 effort in the 3,000-meter steeplechase took nearly a full minute off her former collegiate-best in the event. Grisbaum lowered her previous best in the 5,000 meters more than 40 seconds with a 17:03.49 effort late Thursday.

Vanderbilt athletes will return Saturday for a third day of competition at the University of Florida campus. The Commodores are entered in several relay races and pole vault.

Vanderbilt head coach Steve Keith was pleased with the team’s early results, and is excited to see how they compete Saturday in several events.

“Devon [Grisbaum] and our 5,000 runners really got us off to a strong start Thursday and I thought Reagan and Kacie really kept the momentum going today,” Keith said. “I’m looking forward to another exciting day Saturday when we have our three vaulters compete and expect to run some strong relay units.”

Bustamante, a sophomore from Springfield, Va., won the 800 meters last weekend at the Black & Gold Invitational in a modest time of 2:12.81, but signaled outstanding form by sealing that victory with a 62-second final 400. Bustamante took a more aggressive tact in Gainesville by running a faster opening 400 meters, then finished strong to take 0.76-seconds off her previous best, set at the 2017 SEC Outdoor Championships.

Breeding, a sophomore from Chadd’s Ford, Pa., smashed a personal record for the second straight week. After taking 36 seconds off her previous best last week in the 2,000-meter steeplechase, Breeding returned in Gainesville to cut 54 seconds off her best in the 3,000-meter steeplechase. She clocked 10:50.51 on Friday, which resulted in an 11th place finish in a field of 33, becomes the sixth-fastest ever by a Commodore.

Grisbaum, a junior from Ocean City, N.J., got the Commodore distance corps off to an excellent start Thursday when she ran the 5,000 meters in 17:03.49. The time eclipsed Grisbaum’s previous best at the distance by 42 seconds.

Two of Grisbaum’s teammates, freshman Gillian Mortimer and junior Caroline Pietrzyk, also impressed in the 5,000 with times of 17:19.12 and 17:26.81, respectively. The performance for Mortimer was a collegiate-best at the distance.

Junior Sara Tsai continued her impressive comeback from injury, running a season-best of 4:30.19 in the 1,500 meters. The time is just three seconds off a personal-best for the former All-SEC performer.

The Commodores are entered in three relay competitions Saturday – the sprint medley, 4×800-meter relay and distance medley relay. The team also has sophomores Kristen Denk, Caleigh Lofstead and Margaret Ollinger competing in the pole vault, which was postponed a day due to rain showers Friday.