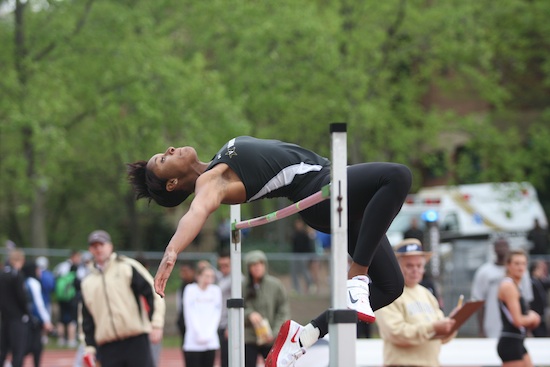 A rain-soaked weekend didn’t prevent the Vanderbilt Commodores from starting the outdoor leg of their track season off on a high note, as they hosted the Black and Gold Invitational with approximately 700 student athletes competing in events on Friday and Saturday.

Kristen Smith finished first in the 3000m with a time of 9:40.59, outpacing Lipscomb freshman Kendra Lobley down the home stretch for first place.

Despite a delay due to the rain, Meagan Martin won the pole vault with her mark of 12-06.00 (3.81m). “That performance was especially impressive because of the conditions,” said Keith. “The wind turned after the rain and was in her face.”

Morgan Toone and Alyson Hasty also did well in the pole vault, placing third and fifth overall. On the north side of the track, high jumpers Brionne Williams and Ellie Tidman did the same, with Williams jumping a height of 5-09.25 and Tidman clearing the bar at 5.07.00.

For the men’s cross country team, competing in their non-traditional season, senior Kyle Rewick used his final two laps in the 3000m run to work his way from the back of the pack to a fifth-place finish time of 8:36.49. Juniors Alan Ash and Billy Malmed, who also ran in the 3000m, clocked in with 8:46.77 and 8:51.01 times.

Freshman Andrew Bachman broke the four minute mark in the 1500m with a tenth place time of 3:59.60.

As the rain clouds cleared away and the sun returned for the final races of the afternoon, runners lined up for the steeplechase, a 2000m race with a water jump. Allie Scalf finished second overall with a 6:54.47 time, while Amira Joseph, getting her first taste of the steeple, finished with a time of 7:17.69.

“It was a lot of fun, I had never run that event before,” said Joseph.

The Commodores head to Georgia Tech next weekend for the Yellowjacket Invitational as they continue their season. 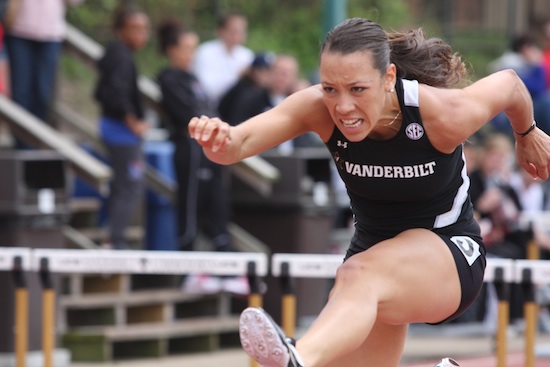