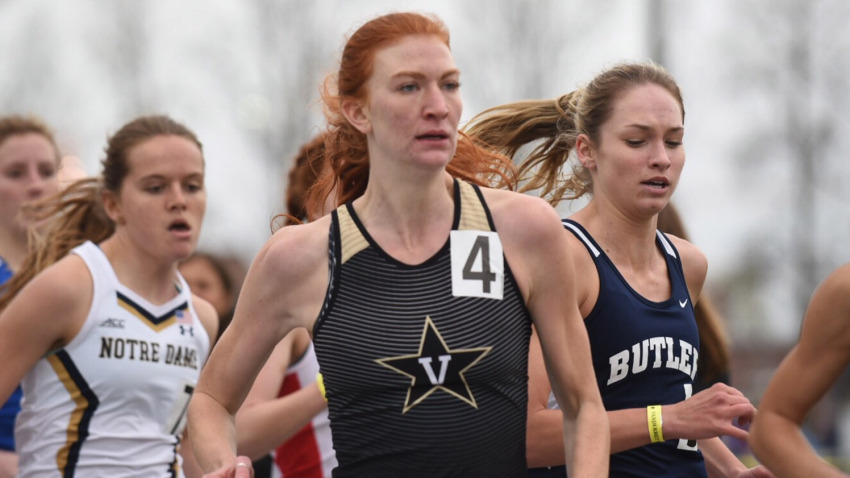 Tsai, Edobi, Hutton and Huebner were clocked in 11:31.65 while finishing fourth overall in the 4,000-meter relay. The foursome combined to break the former team record of 11:34.58 set last year.

The distance medley was the best of three Vanderbilt relay performances Saturday at the Florida Relays. The Commodores’ sprint medley and 4×800-meter relay foursomes earned fifth-place finishes at the University of Florida complex.

Head coach Steve Keith said the new team standard, which came near the end of the last day of competition, capped an excellent weekend for his Commodore squad.

“We can definitely build off these performances as a team moving forward in the outdoor season,” Keith said. “Virtually everybody performed at a high level, from the first race Thursday to the last relay today.

“I’m particularly proud of the relays today because I thought our girls responded really well to the challenge. We asked a couple of them to contribute legs on multiple relays and they performed exactly as we hoped,” the coach added.

The 4×800-meter foursome of Derry, Reagan Bustamante, Maddie Criscione and Hutton finished with a fifth-place result. They missed a top-five all-time team mark by less than a second with a time of 8:51.03.

The sprint medley unit of Sophia Falco, Clay, Edobi and Bustamante also earned a fifth-place finish with a clocking of 3:57.76.

The Commodores will return to competition April 6-7 for the Spec Towns Invitational in Athens, Ga.