Devin and the Dores

NASHVILLE, Tenn. — One day Gwyn Devin will be able to come to terms with everything. But she’s not quite ready for that yet.

“There’s no reason for us not to mourn what we could have had and mourn our season,” she said. “We’re lucky that we have a team that is so close. Not everybody has the dynamic that we do where we’re really all best friends. We just have a really good support system within each other to just sit there and be like, ‘Yeah this does freaking stink, I’m so sorry this happened to us, but at least we have each other.’

“There are a lot of people who don’t have a group like this. That has been important for me to hold on to so when I’m having one of those days sitting in quarantine at home when I should be having a senior day, I have 25 girls on my team reaching out to me and saying, ‘We wish that you had that day but we know the impact you’ve left and we’re going to celebrate you at some point when all this is over.’ ”

A senior from Westfield, New Jersey, Devin had been looking forward to the 2020 lacrosse season for years now. She and her teammates and her coaches and anyone around the program thought this could be the spring that the Commodores broke through in a big way.

But the global pandemic of COVID-19 changed everything. When Devin and her squad left the field on West End on March 11 after a game against No. 2 Notre Dame, they had no idea they wouldn’t lace up the cleats again.

The 2020 season had been canceled.

“Honestly, I couldn’t stop – I was constantly emotional and then I would wake up in the morning and forget everything and be so excited to go to practice and see my friends – and then I would kind of realize it again,” Devin said. “It was almost like a fever dream where you just can’t believe it’s actually happening and you wake up in the morning and think everything is the same and it’s absolutely not.”

Vanderbilt’s 2020 campaign ended with a 4-5 record, a mark a bit deceiving given the competition. The Commodores played five ranked opponents – two of which were in the top five – and three of the five losses were by three goals or less.

Vandy had three nonconference games left before American Athletic Conference play began. Devin knew her team’s poise was unshaken and the ultimate goal of making the NCAA Tournament was a very real possibility.

“(Vanderbilt head coach Beth Hewitt and I) would always talk about ‘the team’ that was going to get you there,” Devin said. “I really felt like this was ‘that team’ because we had freshmen who were more comfortable than they had ever been and we were all friends and really connected at the hip and we all had the same goal and the same mentality which is really, really unique.

“It’s really hard for me to think what we could have done and what would have happened. I think I definitely hang on to that.” 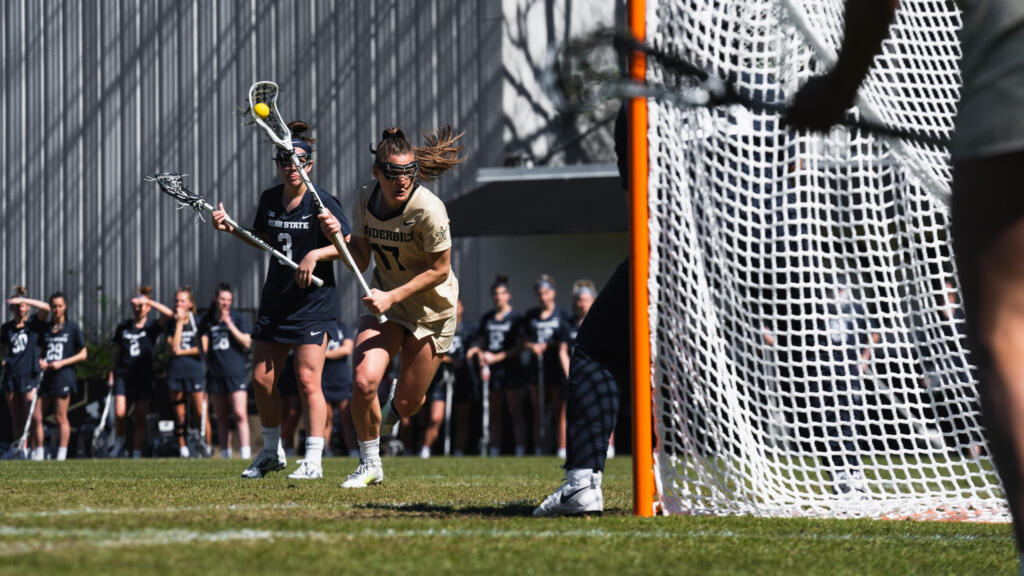 For Devin, a midfielder, and the team’s four other seniors – Lily Argyle, Madison Foglio, Emily Mathewson and Mattern Burnett – the end to the 2020 season also meant the end of careers. Devin said an unforeseen fallout of a canceled season was the realization she had been on a competitive teams since the age of 4 – now she never would be again.

But she has also come to reflect on how she had the opportunity of a lifetime. Signed by former Vandy head coach Cathy Swezey, Devin scored 54 goals in 3+ seasons and was a member of the 2019 AAC All-Academic team and 2019 IWLCA Honor Roll.

Not bad for a lightly-recruited prospect and self-described, “Northeastern kid” in Nashville.

“I think I could have not been in this situation at all,” she said. “I could have never come to Vanderbilt, I could have never gotten the opportunity to meet all these people I did and I can honestly say I’m walking away with so many more best friends that I’m going to keep in touch with for the rest of my life.

“A conference championship would have been great and finishing and getting a senior day would have been great, but long-term all I can really ask for is a bunch of best friends to go through life with. So I think I’d like to reflect in that way and say, ‘Yeah, this is a terrible time, what a terrible thing that was taken away from me and the seniors,’ but then we all came away with best friends and what’s better than that?”

Understandably, Devin has thought about trying to play one more season of Vanderbilt lacrosse. But she knows she’s chasing the ideal of what the 2020 season could have been against the reality that 2021 is unknown.

Devin will also be starting Vanderbilt’s Master of Science in Nursing accelerated program in August and knows it’s pertinent to begin focusing on the most-challenging era of her academic life thus far. A future as a pediatric nurse practitioner awaits and the challenge of a new normal being part of the fight against COVID-19.

“One thing that has really inspired me is something (Vanderbilt Nursing) said in their emails that while we understand this is all so terrifying and uncertain, this is what we prepare for and this is what we prepare our students for is situations like this,” Devin said. “It’s just like any other crisis in any other field – you prepare your people. I think I’m excited to become prepared and learn how to fight stuff like this.

“I think it empowers me that is this were ever happen again, when I’m in the work force in a couple years if we’re still fighting something like this I’ll be able to help.”

On March 10, at the Vanderbilt Soccer/Lacrosse Complex, Devin and the Commodores found themselves in a 13-13 tie with No. 10 Denver. As the clock ticked to just less than 3:30 to play, Vandy sophomore Bri Gross buried what would turn out to be the game-winner in a 14-13 result.

That moment sticks out to Devin because it signified all that her and her teammates – and specially her senior classmates – had been working toward for so long. It proved they were indeed heading in the right direction and had the ability to play with and beat one of the nation’s best.

Off the field, though, is where Devin truly had her life shaped and molded. That will be the backdrop of her thoughts this week as she holds on to the memories of a career with a stick in one hand and now a degree in the other.

“I think I got to live every single opportunity that a college experience had to offer,” she said. “I was in a rigorous, Division I, athletic community which is exactly what I wanted. I wanted to be competitive. I wanted to have an edge in D-1. I wanted to be taken seriously. But I also wanted to have an awesome college social life which I got. I got to get involved on campus, I wound up be able to do a sorority – there were just so many things I was able to do.

“I think as a whole Vanderbilt just gave me everything I could have asked for. I was challenged constantly, pushed to my limits constantly, but I also found a way to be able to thrive. So I think that Vanderbilt was absolutely the place where I found my potential.” 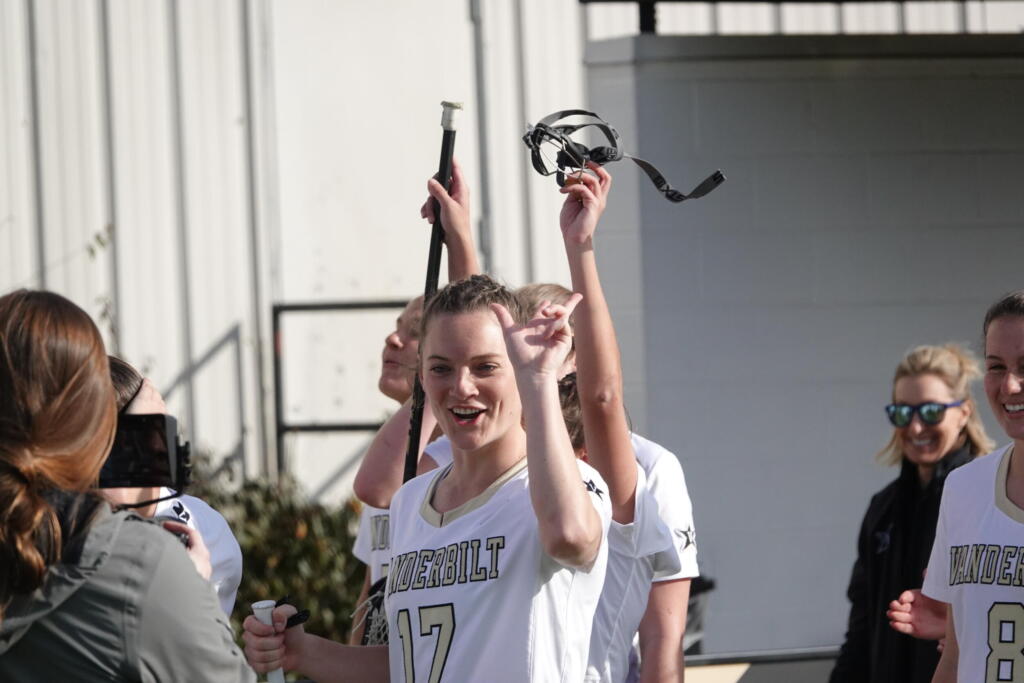 When Beth Hewitt took over as Vanderbilt lacrosse coach in the spring of 2018, one of her first priorities was to lobby for an international trip for her program. It had been several seasons since the Commodores had ventured abroad, and Hewitt wanted to put her stamp on the program early.