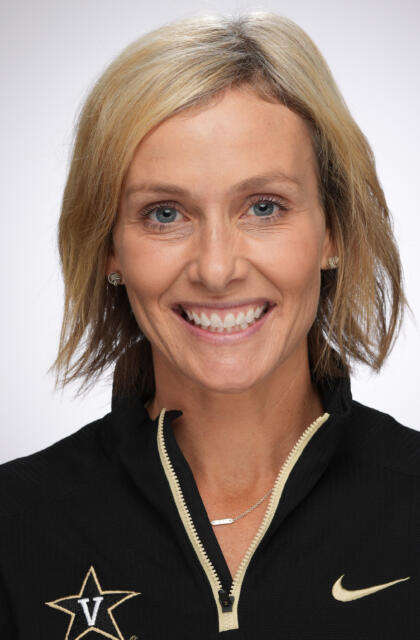 Beth Hewitt is in her fourth season at the helm of the Vanderbilt lacrosse program in 2022. Hewitt, who has built a reputation for forging success at programs in transitional phases, served as the program’s associate head coach from 2014-18.

In a shortened 2020 season, Vanderbilt boasted its first win over a top 10 opponent in six years, and in her first season at the helm, Hewitt helped guide the Commodores to a 10-6 record in 2019—the program’s first winning season in nine years. In addition, Vanderbilt tied a school record with seven all-conference selections.

The 2021 season marked another breakthrough as Hewitt led the Commodores to their first NCAA Tournament appearance since 2010.

Hewitt received her first head coaching job in 2009 before turning 30 as she was handed the reins of a Le Moyne program amidst a reclassification process. During her first season in 2010, the Dolphins were an independent in Division I and finished 9-6. The next season, Le Moyne shifted to Division II and Hewitt quickly made the Dolphins a national power.

During her five seasons at Le Moyne, Hewitt compiled an impressive record of 71-20 (.789) with a 43-5 (.896) mark in Northeast-10 Conference action. Hewitt guided the Dolphins to two Final Fours, three NCAA Tournaments, two Northeast-10 regular season championships and conference tournament titles. During a three-year stretch from 2011-13, the Dolphins were 50-8 with at least 16 wins each year and did not lose more than three games in a season. In 2011, the New York native led Le Moyne to a school-record 18 wins and its first trip to the Final Four.

After graduating from North Carolina with a degree in communication studies, Hewitt helped launch Oregon’s lacrosse program in 2005. She spent three years at Oregon, holding the title of defensive coordinator in addition to helping recruit the program’s first recruiting classes. Hewitt also earned a master’s degree in educational leadership during her time in Eugene.

An All-American and All-ACC selection during her college career as a midfielder at North Carolina, Hewitt led the Tar Heels to a conference title and an NCAA Final Four appearance. She led the Tar Heels in scoring in each of her final two seasons.

Hewitt has also worked extensively with Ameriprise Financial as a recruiter, Harrow Sports Inc. in the field of consulting, and with Brine in the area of marketing and sales.

Beth has two children, her daughter, Keegan, and son, Kaden.