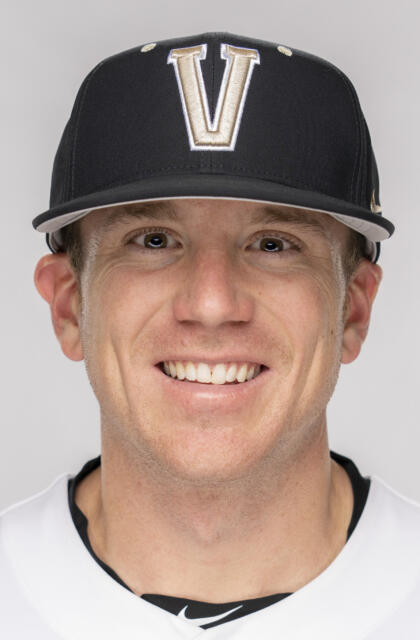 The 2022 season is the first for Tyler Shewmaker as an assistant coach with the Vanderbilt baseball program.

Shewmaker spent the past two seasons as an assistant coach and recruiting coordinator for the Fighting Camels, after serving as the volunteer assistant coach for one year and the director of baseball operations in his initial season. During his time in Buies Creek, he helped lead Campbell to three consecutive conference championships in the Big South and three consecutive NCAA Regional appearances.

In addition to supervising the recruiting efforts for the Fighting Camels, Shewmaker oversaw the development of the Campbell catchers, while working primarily with the hitters and assisting with offensive game planning.

Prior to his time in Buies Creek, Shewmaker served as an assistant coach at his alma mater, Kentucky Wesleyan College, in 2017. He assisted heavily with recruiting for the Panthers and helped lead them to their first NCAA Division II Regional.

In addition to recruiting, Shewmaker worked full-time with Kentucky Wesleyan’s catchers and assisted with hitting and base running. He also created and monitored the Panthers’ strength and conditioning program for position players.

Shewmaker has coached and assisted with recruiting players from all three NCAA divisions, NAIA and NJCAA.

Shewmaker spent the summer of 2017 as an assistant coach for the Fayetteville SwampDogs of the Coastal Plain League. He helped lead the team to the first-half division title and a league playoff berth. Since 2017, including once that year, eight players that Shewmaker coached in Fayetteville have either been drafted or signed by an MLB club.

As a player, Shewmaker was a career .306 hitter in three seasons at Kentucky Wesleyan. Between 34 hits, he tallied four doubles and three triples. He also drove in 17 runs and drew 17 walks. Off the field, he was a member of the Student Athletic Advisory Committee and was named a member of “Who’s Who in American Universities and Colleges.”

A native of Corydon, Indiana, Shewmaker has two sisters, Brittany and Bethany. He also has three nephews, Lincoln, Ryker and Bentley, who all still reside in his hometown.