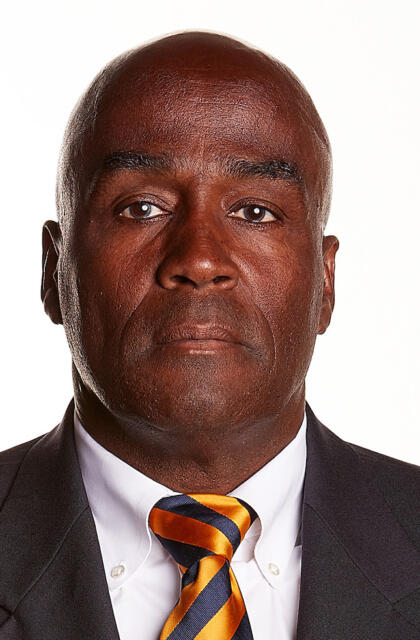 The 2020 season is the first on West End for veteran Southeastern Conference coach Tony Ball.

Ball brought more than three decades of coaching experience — including tenures at Georgia and LSU — to the Commodores’ offensive staff. He joined Vanderbilt after serving as passing game coordinator and receivers coach at Texas-San Antonio in 2019.

From 2017-18, Ball was running backs coach at Louisiana Tech, where he served on the same staff as Todd Fitch, who is entering his first year on West End as Vanderbilt’s offensive coordinator.

At Louisiana Tech, Ball and Fitch helped the Bulldogs to 15 victories and back-to-back bowl wins. Ball’s top pupil at Louisiana Tech was Boston Scott, who was selected by the New Orleans Saints in the sixth round of the 2018 NFL Draft. In 2017, Scott rushed for 1,047 yards and eight touchdowns. One season later, Ball’s running corps of Jaqwis Dancy, Kam McKnight and Israel Tucker combined for 1,418 yards and 19 scores.

Ball was the wide receivers coach at LSU in 2015 under head coach Les Miles, where he mentored current NFL receivers D.J. Chark, a second-round selection by the Jacksonville Jaguars, Malachi Dupre of the Arizona Cardinals and Trey Quinn of the Washington Redskins. The receiving corps helped Tigers to a No. 16 final ranking, 9-3 overall record and Texas Bowl victory.

Prior to joining LSU, Ball worked nine seasons at Georgia (2006-14), the last six as the wide receivers coach after tutoring the running backs for his first three years. The Bulldogs went 84-35 overall during Ball’s tenure, captured two SEC Eastern Division championships, earned six bowl victories and enjoyed five seasons of at least 10 wins. Ball’s receivers in 2012 and 2013 were part of two of the most prolific offenses in Georgia school history. Georgia’s 2012 offense broke the school record for total yards (6,547) and touchdowns (72), while the 2013 unit broke a school record by averaging 484.2 yards. Two-time All-American receiver A.J. Green, running back Knowshon Moreno and current NFL receivers Marlon Brown, Chris Conley, Tavarres King and Malcolm Mitchell were among Ball’s top players at Georgia.

Ball spent eight years at Virginia Tech (1998-05), where he coached wide receivers. During his time under head coach Frank Beamer, the Hokies were 78-23 overall and appeared in eight bowl games, including the national championship contest against Florida State in 1999. While in Blacksburg, he mentored some of Virginia Tech’s top receivers, including Ernest Wilford, the school’s all-time receptions leader, the first player in school history to post two 50-catch seasons and a fourth-round pick in the 2004 NFL Draft.

During the summers of 1996 and 1997, Ball participated in the NFL’s Minority Internship Program with the Baltimore Ravens. He also interned with the Denver Broncos in 2003.

Ball was a running back and special teams star for the late Joe Morrison in 1977-80 at Chattanooga, where he set several school kickoff return records. In 2006, he was inducted into Chattanooga’s Athletics Hall of Fame and he also was named to the school’s All-Century Team in 2003.

Ball earned his bachelor’s degree in criminal justice from Chattanooga in 1983 and his master’s in health and nutrition from Austin Peay in 1985.

He and his wife, Maria, have two children, Anthony and Keshea.