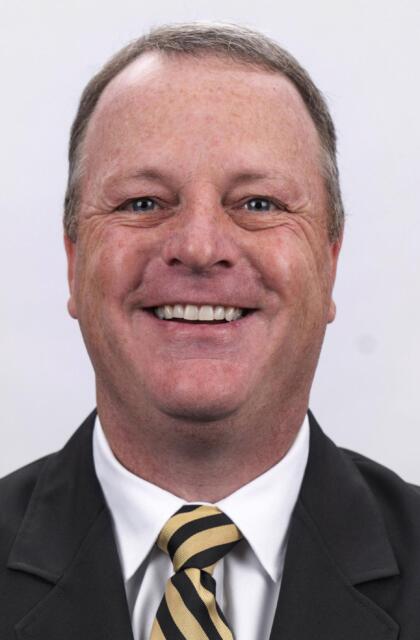 For longtime Southeastern Conference coach Tim Horton, the 2020 season is his second on the Vanderbilt staff, serving as the Commodores’ running backs coach.

Horton has coached in the SEC for well over a decade, serving as the offensive assistant coach at Auburn and Arkansas. During that time, he has coached five SEC Players of the Year and nine all-conference running backs.

In 2019, Horton’s top Vanderbilt pupil Ke’Shawn Vaughn topped the Commodore offense with 1,028 rushing yards, 1,298 all-purpose yards and 1o touchdowns. Vaughn went on to be selected by the Tampa Buccaneers with the 76th overall pick of the NFL Draft.

From 2007-12, Horton served a similar capacity at the Arkansas where he starred as an undergraduate in the 1980s. At Arkansas, where he was also recruiting coordinator, Horton was one of just two coaches in the nation to coach four different 1,000-yard rushers from 2007-10, including 2007 Doak Walker Award winner Darren McFadden and All-American Felix Jones.

Horton has coached in 13 bowl games, including the 2013 NCAA national championship game.

Prior to coaching at Arkansas, Horton spent the 2006 season as running backs coach at Kansas State and wide receivers and running backs coach at Air Force from 1999-2005. He began his coaching career at Appalachian State in 1990, helping the program to a 67-32 record during eight seasons, including Southern Conference championships in 1991 and 1995 and five NCAA Division I-AA playoff appearances.

Horton was a four-year letterwinner at Arkansas, starting as a split end and punt returner from 1987-89. As a senior captain, Horton earned second-team All-SWC honors after hauling in 23 catches for 453 yards and serving as the team’s top punt returner. During Horton’s Arkansas playing career, the Razorbacks compiled a 38-11 record, won back-to-back SWC titles (1988-89) and appeared in four straight bowl games.

Horton and his wife, Lauren, are the parents of a daughter, Caroline, and a son, Jackson.