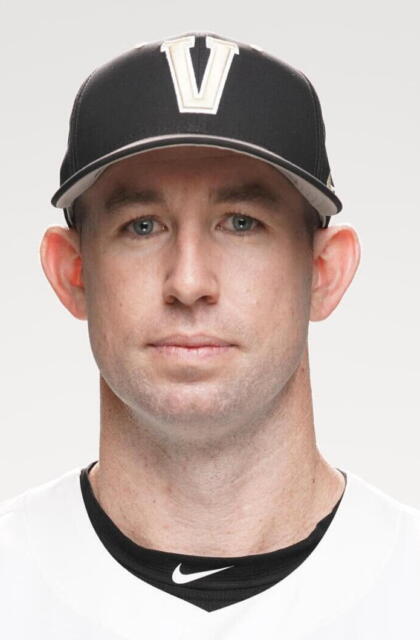 The 2022 season is Mike Baxter’s fifth as hitting coach and recruiting coordinator for the Commodores.

Vanderbilt put together a strong offensive campaign in 2021, culminating in the program’s second consecutive appearance in the College World Series and fourth trip to Omaha in the last eight seasons. The Commodores posted a 49-18 overall record, while finishing as the national runner-up.

At the plate, Vandy ranked second in the SEC in batting average, hitting at a .285 mark, while ranking fourth in the nation in hits with 653. The Commodore offense recorded 92 home runs, which ranked sixth in the country and marked the second-most in program history.

Freshman Enrique Bradfield was tabbed as a unanimous Freshman All-American and a consensus All-American, while becoming the third player in Vanderbilt history to be named SEC Freshman of the Year. Bradfield led the Commodores with 82 hits, while registering a nation-leading 47 stolen bases on the season.

Vanderbilt’s 2020 recruiting class earned the top spot in Perfect Game’s recruiting rankings, highlighted by four members of the Top 100 of the class.

Despite a shortened 2020 season, the Commodores saw significant development from true freshmen class that accounted for 37 percent (37 of 99) of the team’s RBIs, 36 percent (59 of 65) of hits and 35 percent of runs (34 of 98). Meanwhile, junior Austin Martin continued his spectacular career, batting .377 in 16 starts while leading the team with 15 runs and six doubles.

During his second season as recruiting coordinator, Baxter hauled in the top spot in Baseball America’s recruiting rankings highlighted by a national-best nine student-athletes that were ranked among the publication’s top 500 prospects for the 2019 Major League Baseball Draft.

During his first season, Vanderbilt made a run to the NCAA Super Regionals, hosting the event for the first time since 2014. The Dores won 10 of their final 14 games and capped the season inside the top 25 in all six polls.

As recruiting coordinator, Baxter helped the Commodores bring in the nation’s No. 2-ranked class, according to Baseball America. The unit featured six players on the 2018 BA500, which ranks the best 500 players in the draft class. The 14-member class hailed from 10 different states.

Baxter joined Vanderbilt after a 12-year professional baseball career that included playing in the big leagues for four organizations over parts of six seasons. Baxter made his major league debut with the San Diego Padres in 2010, and also played for the New York Mets (2011-13), Los Angeles Dodgers (2014) and Chicago Cubs (2015).

Immediately following his playing career, Baxter was hired by the Toronto Blue Jays organization as a special assistant for the 2016 season.

He was drafted by San Diego in the fourth round of the 2005 MLB Draft following a successful two-year career for the Dores. Baxter put together a huge season in 2005 when he led the team with a .374 average, 79 hits, 48 RBI, 16 doubles, nine home runs, three triples and 30 walks. He was awarded the Jeff Peeples Most Valuable Teammate award. Baxter was named to the All-SEC Academic team in 2004 and 2005.

Baxter graduated from Vanderbilt with a bachelor of arts degree in human and organizational development from the Peabody College. Baxter resides in Green Hills with his wife, Diana, and their two children, Will and Annie.