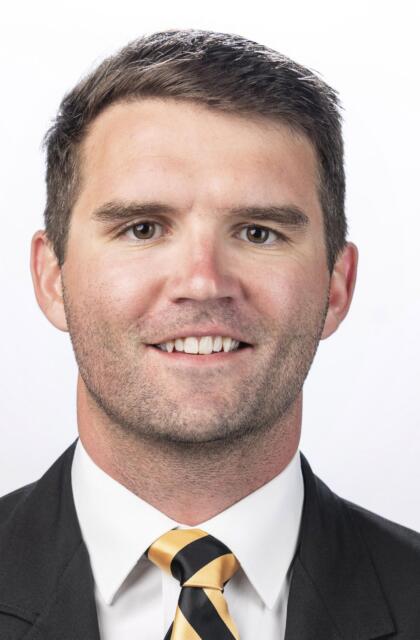 Marc Mattioli joined Vandy’s defensive staff in 2015, and the 2020 season is his sixth as the Commodores’ defensive secondary coach.

In 2019, three of Mattioli’s young safeties — Tae Daley, Deshaun Jerkins and Brendon Harris — ranked among the Commodores’ top four tackles, with each producing more than 50 stops. Additionally, Daley topped the team and ranked among Southeastern Conference leaders with three interceptions.

Wiley is Mattioli’s second understudy to move to the next level. Mattioli also coached two-year starting cornerback Tre Herndon, who made the Jacksonville Jaguars’ 2018-19 active roster after signing as a rookie free agent.

Mattioli started with the Commodores in 2014 as safeties coach, coming from Stanford where he served as a defensive graduate assistant and defensive quality control assistant for the Cardinal.

In 2014, Stanford finished second nationally in scoring defense, third in total defense, and eighth in passing defense. The Cardinal did not allow a touchdown pass in five games, and permitted just one score via the pass in four other games. The Stanford defense also posted as many interceptions (12) as touchdown passes allowed.

Mattioli also worked with highly ranked Stanford defenses as a graduate assistant in 2012 and 2013. The Cardinal ranked 10th nationally in scoring defense during a run to the Rose Bowl in 2013, and led the Pac-12 in scoring defense and total defense 2012 campaign that included another Rose Bowl appearance and conference title.

Mattioli has strong ties to the South. Prior to joining the Stanford staff, Mattioli served two seasons as the defensive line coach for LaGrange College southwest of Atlanta.

A native of Rochester, New York, Mattioli played tight end as a freshman at Rhodes College before transitioning to the defensive line for his final three campaigns. He served as team captain as a senior in 2008, and was part of the 2006 Rhodes defense that ranked fifth nationally.

He earned Southern Collegiate Athletic Conference All-Academic honors four times. Mattioli was the National Foundation and College Hall of Fame Outstanding Student-Athlete Award recipient for Rhodes and was an all-SCAC choice in 2006 and 2008.