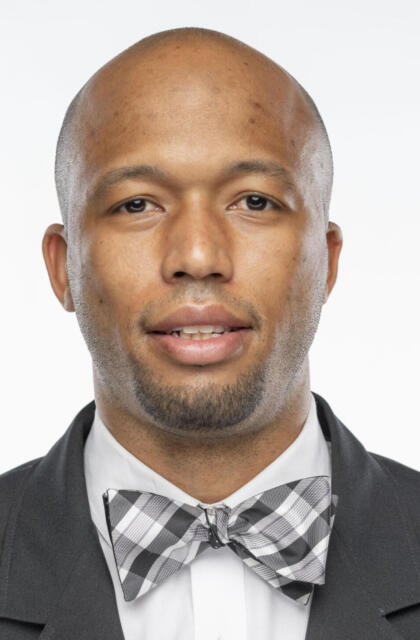 A former Vanderbilt graduate assistant, LaMar Morgan returned to Nashville in February, 2021, as its cornerbacks coach.

Morgan finished a two-year stint (2019-20) as the cornerbacks coach at Louisiana Lafayette, his alma mater, before rejoining the Commodores. In 2020, Morgan helped the Ragin’ Cajuns to a 10-1 record, 7-1 Sun Belt Conference mark and 31-24 victory against UTSA in the SERVPRO First Responder Bowl.

Morgan’s secondary ranked second nationally in opposing quarterback rating (100.81), trailing only Northwestern (95.27). His group also stood sixth in the country in fewest passing yards allowed/game (170.6). As a team, the Ragin’ Cajuns were 12th nationally in turnover margin (+0.91) and stood fourth in most turnovers gained with 23, including 16 interceptions.

In his first year on staff in 2019, Morgan helped Michael Jacquet III to second team All-Sun Belt honors after Jacquet III finished tied for sixth on the team with 45 tackles and accounted for two interceptions and a forced fumble. Following his senior campaign, he participated in the East-West Shrine Bowl before signing a free agent contract with the Philadelphia Eagles.

In one season as the safeties coach with Houston in 2018, Morgan was directly responsible for two of the Cougars’ top-four tacklers in Gleson Sprewell (73) and Deontay Anderson (67). Overall, the team’s safeties collected six interceptions, including three by Sprewell and one from Anderson.

Prior to Houston, Morgan spent two seasons (2016-17) as the defensive backs coach at Louisiana Monroe, where he had two defenders finish in the top three among Warhawk tacklers in Roland Jenkins (89) and Wesley Thompson (67).

From 2014-15, Morgan served as the defensive backs coach at Western Carolina. In year one with the program he mentored All-Southern Conference corner Trey Morgan, who led the league with six picks and helped Western Carolina to 11 overall interceptions, the team’s most since the 2009 season.

Morgan began his coaching career as a graduate assistant at Vanderbilt (2012-13), helping the Commodores to a top-23 nationally ranked defense that propelled the team to back-to-back 9-4 seasons and two bowl game appearances. In year two in Nashville, the defense ranked 14th nationally in total takeaways and stood 13th in the nation in interceptions.

Morgan was a four-year letter winner and starter at safety for the Ragin’ Cajuns from 2003, 2005-07. The two-time captain played in 40 career games, finishing with 111 tackles, four interceptions and nine pass breakups. As a senior, he finished with 55 tackles, including a career-high 14-tackle performance against Texas A&M.

Off the field, he was a semifinalist for the Campbell Trophy (then the Draddy Trophy), given to the college football player with the best combination of academics, community service and on-field performance, and was a two-time Sun Belt Commissioner’s List selection who received his management degree in 2007. He also appeared on the Sun Belt Conference Honor Roll five times.