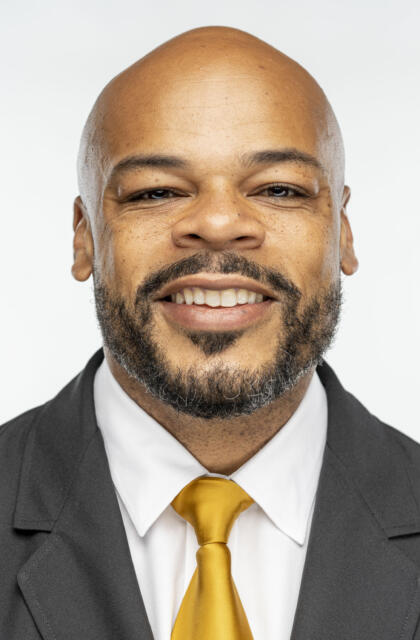 Emmanuel Ashamu joined the Vanderbilt coaching staff in February, 2021, and serves as the assistant director of football strength and conditioning.

Ashamu was most recently a strength and conditioning coach in the tactical field for the U.S. Army Special Operations Command Africa 2019-21. From 2011-19 he worked for Air Force Special Operations, training special operators in North Carolina and eventually in the United Kingdom.

He has extensive experience in collegiate athletics with stops at Bowling Green State University and the University of Virginia.

Prior to his time as a Cavalier, Ashamu was at Amherst College, where he was the strength and conditioning director from 2006-08.

He was a four-year letter winner (2000-01-02-03) as an offensive lineman for the Amherst football team. At Amherst as the strength and conditioning coach he was a part of the Lord Jeffs’ 2007 NCAA DIII national championship men’s basketball coaching staff.