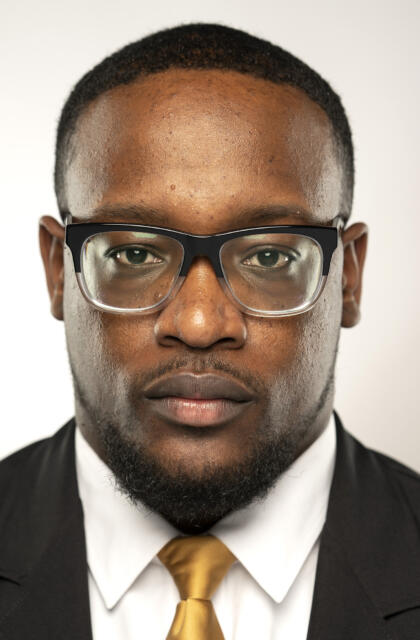 The 2020 season is Aaron Henry’s first on the Vanderbilt defensive coaching staff.

A former defensive assistant at North Carolina State, Henry joins the Commodores as cornerback coach under first-year Commodore defensive coordinator Ted Roof. The duo worked together at NC State in 2018, helping the Wolfpack to a 9-3 record and Gator Bowl appearance.

Henry served as a secondary coach at NC State since the 2017 season. After starting with the Wolfpack as a safeties coach, he worked with NC State nickel backs during the 2018 and 2019 seasons.

The Wolfpack secondary registered 28 interceptions during Henry’s tenure, including 14 picks in 2017, the most by a NC State defensive unit since 2011.

With the help of Henry and Roof, the 2018 Wolfpack featured one of the ACC’s most improved defenses. The unit ranked 17th nationally in third-down defense (33.3%), 19th in red-zone defense (76.7%) and 45th in scoring defense (24.9 points/game). The 2018 defense also ranked 42nd nationally in passes defended, including 10 interceptions.

Henry’s first full-time coaching position came in 2016 at Rutgers, where he served as defensive backs coach for head coach Chris Ash. That season, the Scarlet Knights ranked 18th nationally in pass defense (186.5 yards/game). The secondary was led by sophomore defensive back Blessuan Austin, who ranked among the Big Ten leaders with 14 defensed passes.

Henry began his coaching career in the Southeastern Conference, serving as a defensive graduate assistant at Arkansas under head coach Bret Bielema in 2014 and 2015. In Henry’s final year at Arkansas, the Razorbacks captured five SEC victories and won six of their last seven games, including a victory in the Liberty Bowl.

Henry played under Bielema at Wisconsin where he was a standout defensive back, earning 32 starts from 2007-11. Henry helped the Badgers to three consecutive Big Ten titles and Rose Bowl appearances. Henry finished his Wisconsin career with seven interceptions and 23 defensed passes.

As a senior in 2011, Henry was a first team All-Big 10 performer and quarterfinalist for the Lott IMPACT Trophy. He garnered four interceptions and 67 tackles that season.

Henry was a three-time Academic All-Big Ten recipient. He earned a bachelor’s degree in consumer affairs from Wisconsin in 2011. He completed a master’s degree in sports management from Arkansas in 2015.

Henry played football and baseball at Immokalee (Fla.) High School. As a wide receiver and defensive back, he helped Immokalee to the 2004 Florida state title and an undefeated regular season in 2006.