NASHVILLE, Tenn. — The Vanderbilt women’s tennis team claimed its spot in the ITA Kick-Off championship match with a 4-0 win over Penn on Friday at the Currey Tennis Center.

“I was really impressed with Penn,” Vanderbilt head coach Geoff Macdonald said. “They’re talented and I think we stepped up to play them really well. Hat’s off to them, I really respect them and their program.

The Commodores opened the match in doubles play where they clinched the doubles point over the Quakers with wins at No. 1 and No. 3.

Senior Christina Rosca and sophomore Georgia Drummy teamed up to secure the Dores’ first doubles victory with a 6-2 win over Iuliia Bryzgalova and Marija Curnic.

On court 3, junior Amanda Meyer and freshman Dasha Kourkina rallied to outlast Gibson Thomas and Ashley Zhu 7-5 to secure the doubles point for the Dores.

Leading the Quakers 1-0 the Commodores looked to extend their lead in singles play.

Freshman Anna Ross clinched the Dores’ first dual match victory with a straight set win over Sonia Tartakovsky 6-1, 6-2 to advance the Commodores to the championship match with a 4-0 win over Penn.

Freshman Anna Ross with the clinch. 👏

Ross defeats Tartakovsky in straight sets, 6-1, 6-2, to secure the match for the Commodores. #FightDores | #AnchorDown pic.twitter.com/GOPbQOMcPr

“It was neat that a freshman overcame some early nerves to get the clinch. Anna played a really strong singles match,” Macdonald said. “I’m very pleased with our first dual and I really think it’s a step in the right direction.”

Vanderbilt will face Arizona State in the championship match at 1 p.m. Saturday at the Currey Tennis Center. Admission to the match is free. 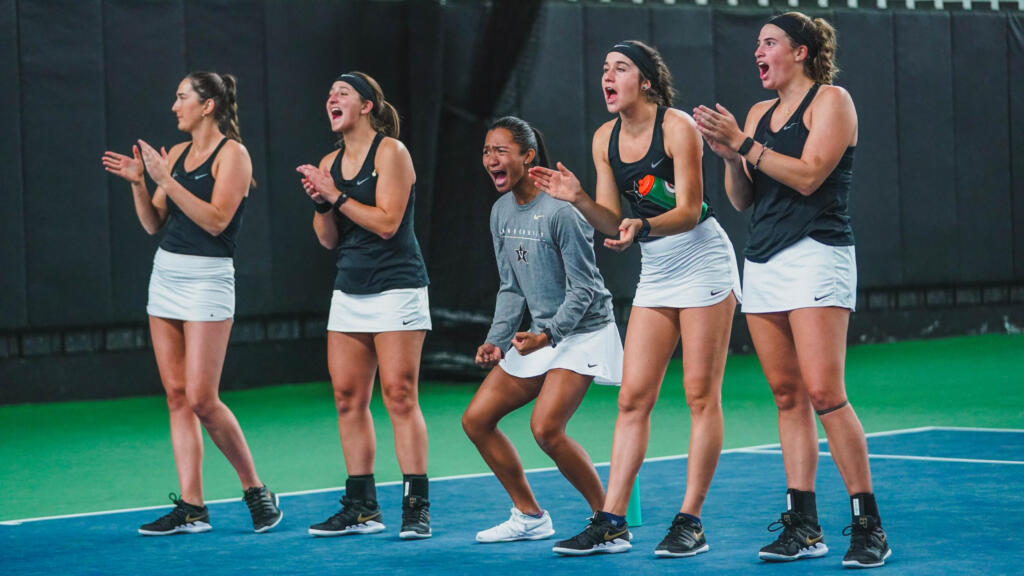