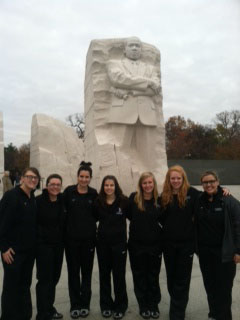 Off to Delaware: Vanderbilt bowlers travel to Millsboro, Delaware for the Hawk Classic, hosted by Maryland-Eastern Shore. Of all the collegiate tournaments in the country, Vanderbilt has had its most success here. The Commodores have won the tourney five of the last six years and are defending champions.

Watch on USTREAM: Fans looking to follow the Commodores this weekend may do so via USTREAM. All of the action will be streamed live on the team’s USTREAM channel. WATCH

Wirtz Update: Olivia Wirtz underwent surgery Thursday to repair the torn tendon in her hip. Her return will be contingent upon her recovery but if she misses the rest of the season she would qualify for a medical redshirt year.

O’Brien Update: Sarah O’Brien continues to be plagued by hip issues, which while not deemed serious might put the Illinois senior out of the lineup until January. She will not make the trip this weekend.

Sightseers: When feasible, Vanderbilt likes to provide learning opportunities for its student-athletes and this trip allows such a chance. The team flew into Washington, D.C. early Thursday and toured the National Mall before continuing on to its tournament residence.