NASHVILLE, Tenn. — In a way, Bradley Ashmore has always gravitated toward protection.

“Back home we used to plant these things called sea oats. They build into a dune and it protects the beach from hurricanes,” Ashmore said. “When there’s a storm surge that’s what protects the houses behind it. We planted thousands of them while I was there and we worked to help out the beach any way we could.”

These days Ashmore, a 6-foot-6, 290-pound tackle, is focused on protecting Vanderbilt quarterbacks and paving the way for Vanderbilt running backs. And the Florida native’s improvement in doing both has been key to the Commodores’ offensive play this season.

Saturday’s game against Kentucky (6 p.m., ESPN2) will be the 19th in a black-and-gold uniform for Ashmore. He said because of so much playing experience in such a short amount of time he only has just begun to feel like he’s playing his best.

“It wasn’t some sort of flip. It was kind of gradual. The more games I play in the more confident I get.” 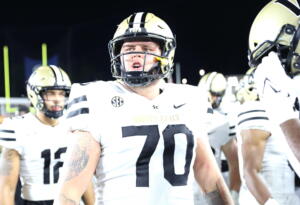 Ashmore has always found himself on the offensive line despite some tailback roots. His father was good enough as a high school running back allowing him to briefly join the Western Michigan program as a walk-on.

And even when the elder Bradley Ashmore began to coach the running backs on his son’s teams, the youngster remained in the trenches mostly due to his stature of being a long and lanky athlete. He also played basketball and soccer, swam and competed in track and field – but always gravitated back to the gridiron.

Going into his junior season at Fletcher High School, Ashmore began to understand that his abilities could take him to the next level and beyond.

Ashmore, like many of his peers, was thrown into the fire during the shortened, COVID-19 season of 2020. He played in all nine of Vandy’s contests and started five.

This season, for first-year head coach Clark Lea and first-year offensive line coach AJ Blazek, Ashmore has been a leader of his position group – and the entire locker room – from the beginning. His commitment to the game on and off the field has been impressive.

“I think (Ashmore) has grown as much this year as anyone in the program,” Blazek said. “He’s a guy that played a lot of football last year and I think just through baptism got through the toughest part to understand the speed of the game. Now he’s a guy that’s really committed to fine-tuning his techniques.

“He’s pushed through some of the physical things that have held him back – knee bend, hip flexibility, all that stuff – and if he keeps growing in those areas the sky is the limit.” 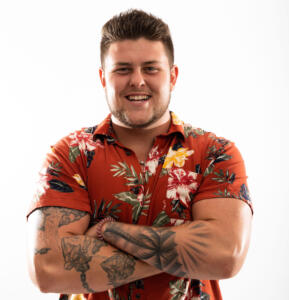 Ashmore’s shift in mentality on the field has somewhat coincided with a change in his thought process off the field. His studies in gender and sexuality (along with human and organizational development) have forced him to view issues in a different light and provide a new perspective that perhaps, he said, he wouldn’t have previously considered.

Because of this Ashmore has a career in education in mind, perhaps following in his mother’s footsteps as a teacher. He also longs to travel as much as possible – the sophomore took a solo trip to South Lake Tahoe, California, in May.

All this, of course, hinges on Ashmore’s football future which appears to be growing brighter by the day. He knows he must get stronger and add weight to fit the profile of a future NFL lineman.

For now, though? Ashmore is staying in the present.

“(It’s) just making sure you’re taking advantage of every moment and not taking anything for granted just because it really does go fast. I know it feels like I just got here but I’m almost halfway done,” Ashmore said. “So it’s just living every day like it’s your last, playing every snap like you may not have another one and doing school like you’re almost done.

“Nothing worth doing is easy. Nothing worth any value is easy. We’ve been through some hard stuff (as a team), but I’m not trying to focus too much on the results because I know it’s going to make me who I need to be and make us who we need to be as a team. Just pushing forward, whether that be school or life or anything. Working to become a better man through all of it.” 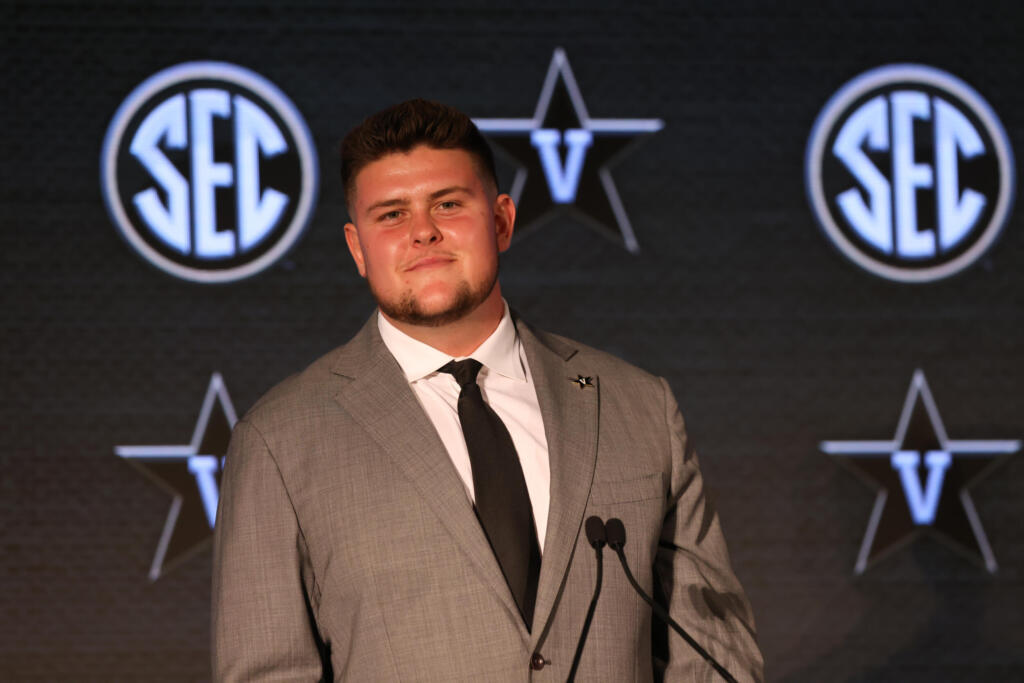