Vanderbilt soccer alums stretch far and wide and we’re excited to hear from them about their fondest Commodore memories. Introducing a new series that monthly will feature a former Commodore as Vanderbilt continues to connect Dores past with present. 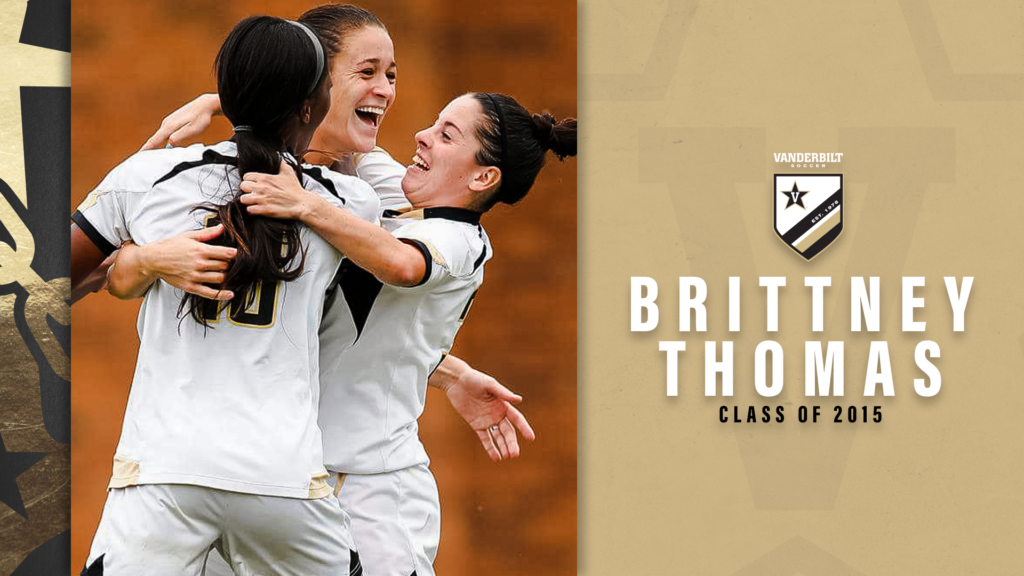 How did your time at Vanderbilt prepare you for life after college?
A really unexpected benefit of playing college soccer that I see in my everyday life is understanding how to be competitive while also encouraging those around me. It’s really tough to swallow your pride and cheer on your best friend when they’re playing in the spot you want, but it has become an invaluable part of who I am, and is a total asset in the work environment. I’m also great at taking feedback now because of the fact I was a college athlete and played for Vanderbilt.

What originally attracted you to Vanderbilt?
When I was 13 my club team had a tournament in Nashville, and our coach led us on a morning jog through the Vanderbilt campus. I remember us stopping to stretch in the portico under Calhoun Hall, and I just fell in love! Our coach actually got lost on the way back and we ended up in Hillsboro Village instead of on West End.

Favorite thing about Vanderbilt?
The people! The friends I made at Vandy are the most incredible people I’ve ever met and will absolutely be lifelong friends. No group of friends I’ve met before or since compare to the type of people I met at Vanderbilt.

How often do you keep in touch with your former teammates?
All the time!! I connect with my closest teammates at least weekly, and we coordinate trips together at least three or four times a year! (Or at least we did before COVID-19)

Advice for current players?
It’s okay to not play every minute of every game, or even a single minute of any game – you’re still a part of the team. There is so much more to add to the team than playing time, even if it doesn’t feel like it when you’re in the thick of it. And always listen to Melby!!