NASHVILLE, Tenn. – Vanderbilt soccer announced Monday the addition of Vida Raietparvar to the 2021 incoming class. Joining the program as an early enrollee this spring, she becomes the 10th member of the 2021 class that is ranked among the nation’s best and is tops in the SEC.

“Vida is a technically gifted central player,” Vanderbilt head coach Darren Ambrose said. “She is tough as nails and has all the tools to be a great central midfield player here at Vanderbilt. We initially saw her at an ID clinic with her sister, Kimya (Raietparvar), and was very impressed in her ability to manage the physical nature of the game in addition to her technical ability and high soccer intelligence.”

Raietparvar joins the program this month and while the Commodores will play a spring season ahead of April’s NCAA Tournament, she is not be eligible to compete for the black and gold until the 2021 fall season. 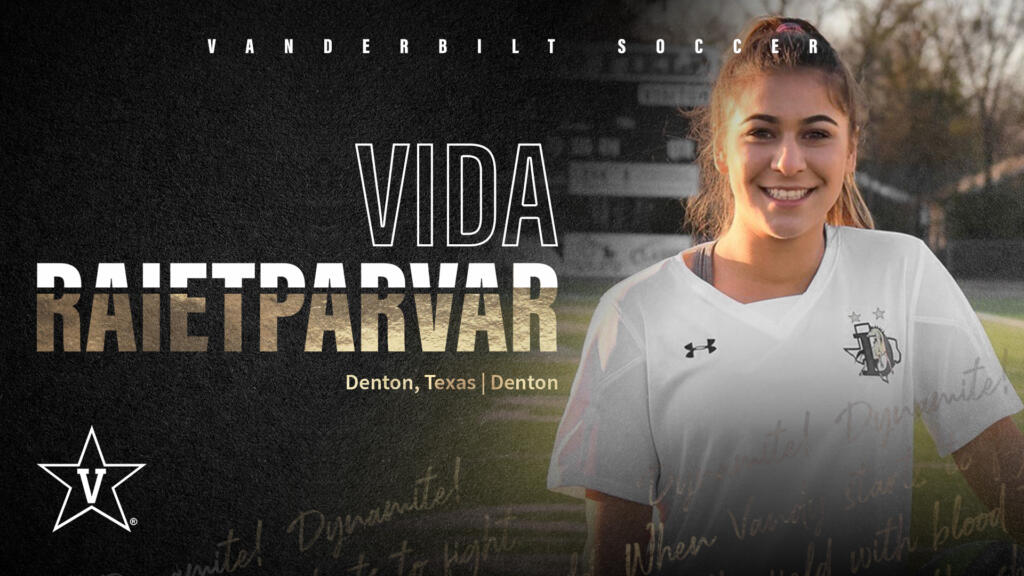 After capturing the 2020 SEC Tournament title, Vanderbilt has the SEC’s automatic bid to the 2021 NCAA Tournament. Continuing the campaign, the program will release its 2021 schedule ahead of April’s NCAA Tournament at a later date.