A Farewell to Parmer 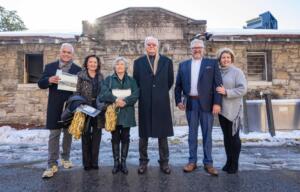 Located adjacent to Vanderbilt Stadium, Parmer Field House was built in 1922 along with the brand new Dudley Field and was used as the Commodores’ locker room until the 1970s. The iconic structure, which is no longer structurally sound, is scheduled to be razed starting next week to make way for a new basketball operations center and end zone enhancements made possible by the Vandy United campaign.

Former Vanderbilt student-athletes who used the field house joined members of the Parmer family – Walter and Elise Parmer, Danny and Vickie Parmer, Kurt Page and Teresa Tilley – on Saturday at the McGugin Society lounge inside Memorial Gymnasium to share stories about the building and take photos.

The Parmer Field House removal is scheduled to begin Monday and will be completed by February.

Launched as the largest undertaking of its kind in university history, the Vandy United Fund is $300 million investment campaign that reimagines the student-athlete and fan experiences. Through major facilities and operational enhancements and an enhanced game day experience, the Vandy United initiative commits to creating the best student-athlete experience in college sports and further strengthening the university’s connection with the Nashville community. 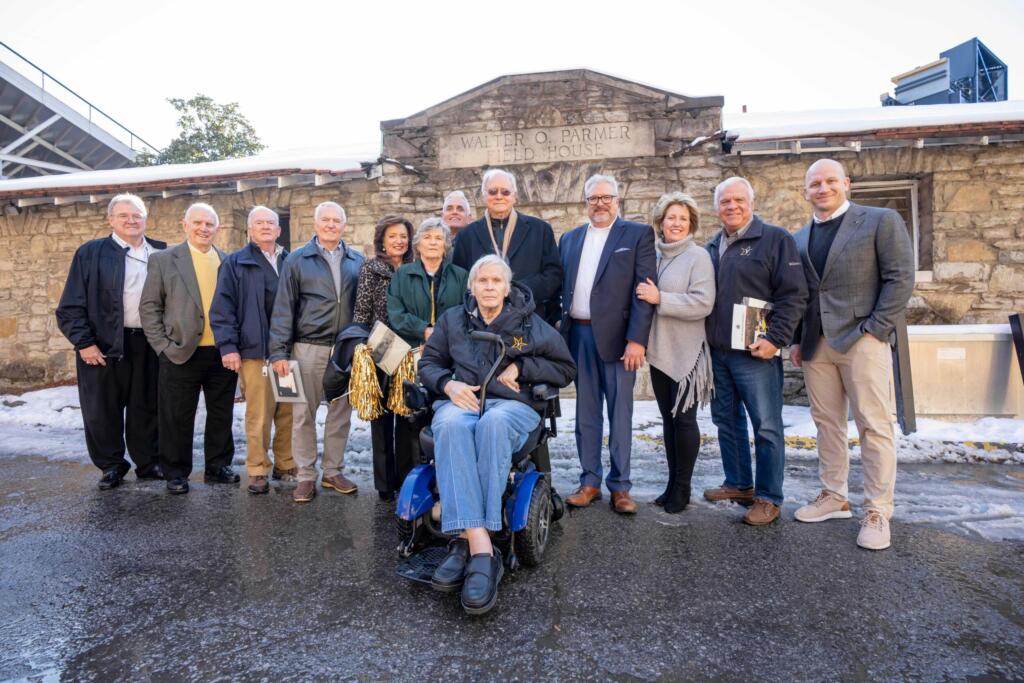