NASHVILLE, Tenn. — Jim Cunningham is sure to note he has been fortunate to have his specific place on the timeline of life. That doesn’t diminish, however, how he took full advantage of the opportunity he was given – an opportunity that changed the course of his family’s lives.

“All of us were given great opportunities,” Cunningham said. “And back then, man, to be able to go to a school like Vanderbilt, you made the most of those choices.”

Cunningham, 86, can sit back and reminisce with tremendous pride about his career as a Vanderbilt football captain. And that career will now live on more notably thanks to a give from his daughter Amanda Farnsworth and her husband Bob Farnsworth.

A football scholarship has been named in honor of Cunningham via a gift from the Farnsworth family.

“That’s something beautiful,” Cunningham said. “We are, as a family, very honored. It’s a big deal for me.”

A self-described, “Winchester, Tennessee, boy,” Cunningham arrived at Vanderbilt in the mid-1950s. He had been too young to be a part of World War II and, because of his involvement with his high school’s ROTC, received a deferment from the Korean War.

Cunningham considered himself the best sandlot football player in town during his youth. His gridiron fate changed one day when he joined his prep squad.

“When I get to high school my coach – who I love very much – pitches me the ball and says, ‘Cunny, I’m going to make you a center,’ ” Cunningham said. “I said, ‘What do you mean!’

“But because I learned how to play all three ways I got to play more when the time came.” 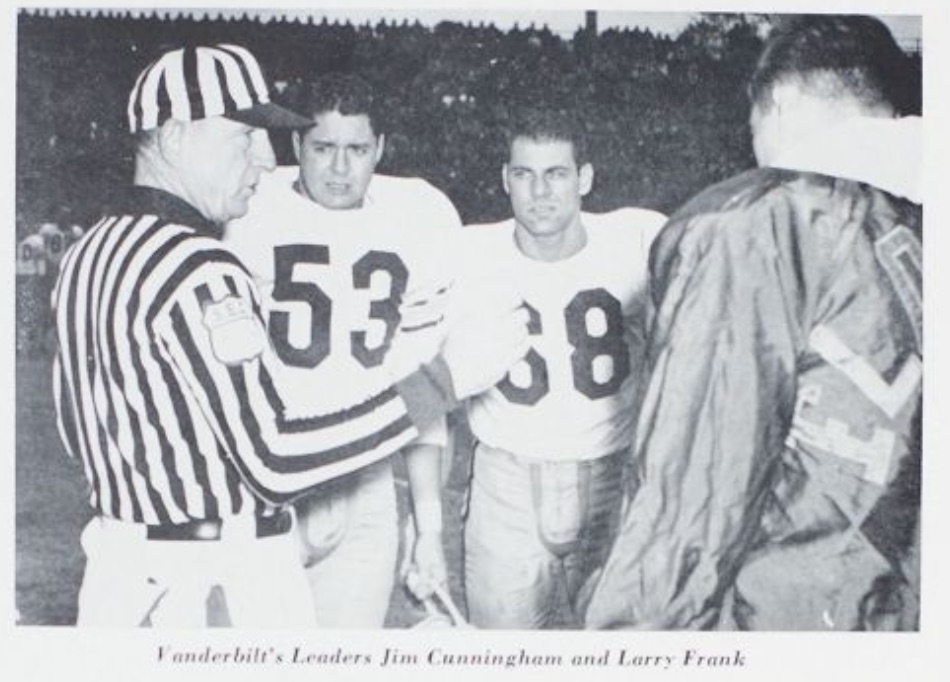 Cunningham was offered a scholarship to play football for Vanderbilt. And, in a way, that scholarship allowed Cunningham to receive the education he did and go on to succeed in the business world as he has.

Amanda Farnsworth followed in her father’s footsteps by attending Vanderbilt as well – she arrived on West End as a basketball prospect before injuries ended her athletic career.

“He got a football scholarship and that kind of put the love of Vanderbilt into our family,” Farnsworth said. “My sister (Kathy Cunningham) and I both went to Vanderbilt and then my daughter has just graduated in 2018.

“So we have three generations and it started with that football scholarship of his.”

Alexandra Farnsworth, Amanda’s daughter and Cunningham’s granddaughter, was a standout golfer for the Commodores from 2014-18. Three times Alexandra Farnsworth made the SEC’s Academic Honor Roll and in 2018, before he final campaign was cut short due to nagging wrist injuries, she was named to the SEC Community Service Team.

She jokes that her grandfather often threatened to disown her if he chose to attend Vandy’s biggest rival on the other side of the state.

“I am extremely grateful to be a part of an astute and well-recognized alumni network of athletes and an alumni network at Vanderbilt as well who prides themselves on athletics, but also so much on academics. That was the reason behind the scholarship,” Alexandra Farnsworth said. “Being a Vanderbilt athlete sets you up for life. You’re set up with an education that is world-renown and an athletic experience that’s superior to all.

“Being around of team of people that cares about academics and coaches who understand how difficult the academics are at Vanderbilt makes for a really cool athletic experience.” 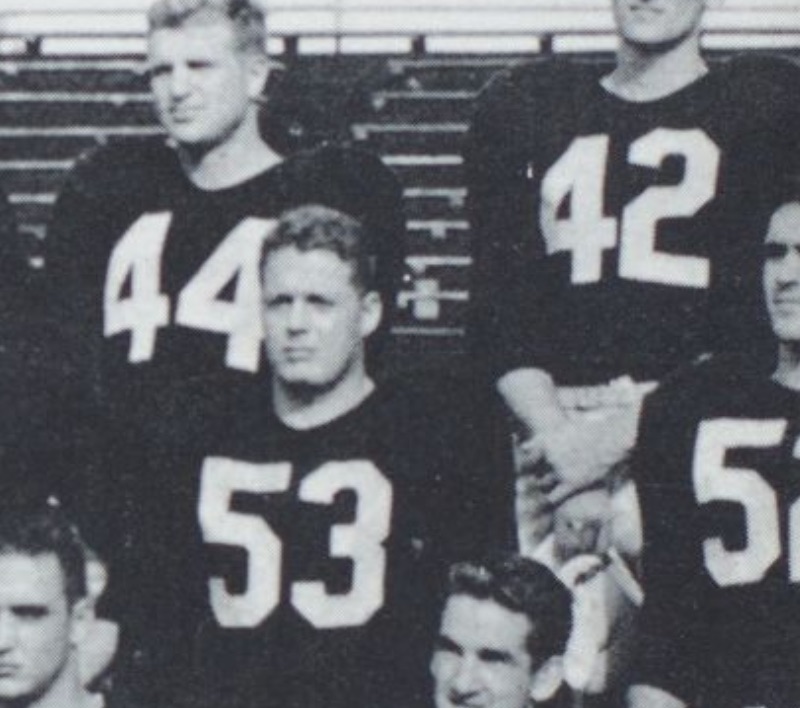 After three straight losing seasons, Vanderbilt stunned college football fans around the Southeast with a campaign to remember in 1955. But Cunningham said the 1954 squad, which went 2-7, was way better than its record showed – the Commodores ended that slate with a 26-0 win over rival Tennessee in Nashville.

Cunningham stuck with the center position on offense, after all. When the NCAA enacted a new set of rules prior to the 1953 campaign creating a one-platoon system which limited substitutions, Cunningham was well-equipped to handle his duties on offense as center, as a linebacker on defense and as a long snapper on special teams.

He became co-captain of the 1955 team that went 8-3, won six games in a row and finished with a 25-13 victory over Auburn in the Gator Bowl.

“I got to play football at Vanderbilt because the captain of the team was an offensive center in the past and he was a great offensive center and he could do it all – but he couldn’t tackle,” Cunningham said. “And the good defensive linebackers, they couldn’t snap the ball to the punter. So soon thereafter I was getting an opportunity to play because I could do all three.

“I got to play a lot and I enjoyed playing a lot.”

Cunningham majored in history and political science thinking he wanted to become a lawyer. Instead he tried coaching for a short spell before returning to his hometown of Winchester and entering the business realm.

He and his 1955 Gator Bowl teammates still meet, sometimes in Naples, Florida, on vacation. And the members of the team who sit back and watch Vanderbilt football next season will see No. 11 Jeremy Moussa, a quarterback, trot onto the field as the first recipient of the Jim Cunningham scholarship.

“The honor passed on from my daughter and granddaughter and Bob Farnsworth, that’s a tremendous honor,” he said. “I will wear that honor with great, great pride.” 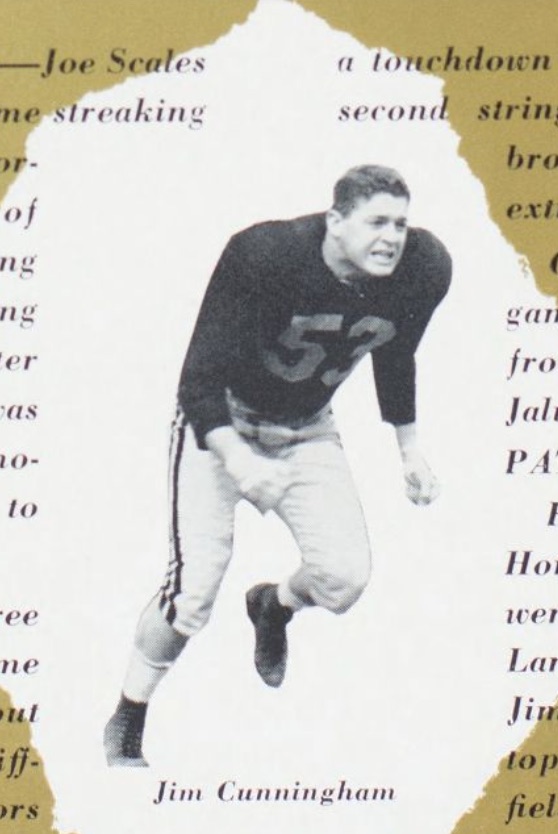