The following is an open letter from former Vanderbilt tight end Cody Markel.

Over the last year or so I have been asked to talk and write about Turner Cockrell a lot.

Every time I do, it is still weird to me. I never know how to start or where to go with it, but I will do my best to properly honor him here. I mean, this is a time of reflection. Turner would be walking across the stage, albeit a virtual stage, along with us this week.

When I arrived in the summer of 2016, I had no idea what to expect from Vanderbilt and Nashville. I grew up in Madison, Wisconsin, and had little idea what the next four years would entail in the South. Nashville was a completely different environment than I was used to and it was only due to the people I met my first summer that I was able to adjust.

One of those people was Turner Cockrell.

Being the two tight ends who came in with the 2016 class meant that we spent a lot of time together. From lifts to meetings to field work, we were always grouped together. They can force you to spend time together, but they can’t make you be friends. This wasn’t the case for our class and group of friends.

The never ending two-a-days during camp freshman year brought all of us closer together as we argued and talked about nonsense day after day. That is the special part about college football and sports in general, the relationships you build with your teammates off the field. It is the part I will miss the most.

That’s what made Turner’s cancer diagnosis so difficult. We were all so close.

It was toward the end of our sophomore season and it didn’t quite feel real. That was until Turner started treatment the following spring. He lost a lot of energy and was not around the facility as much as radiation took a lot out of him.

He was resilient though – still going to all of the class and football activities that he could muster. Drew, Cam, Deuce, Dare, Kade and I would still go to the Chili’s on West End weekly and made it our mission to see every movie we could because that was who we were and cancer was not going to come between our group.

That was our pledge. 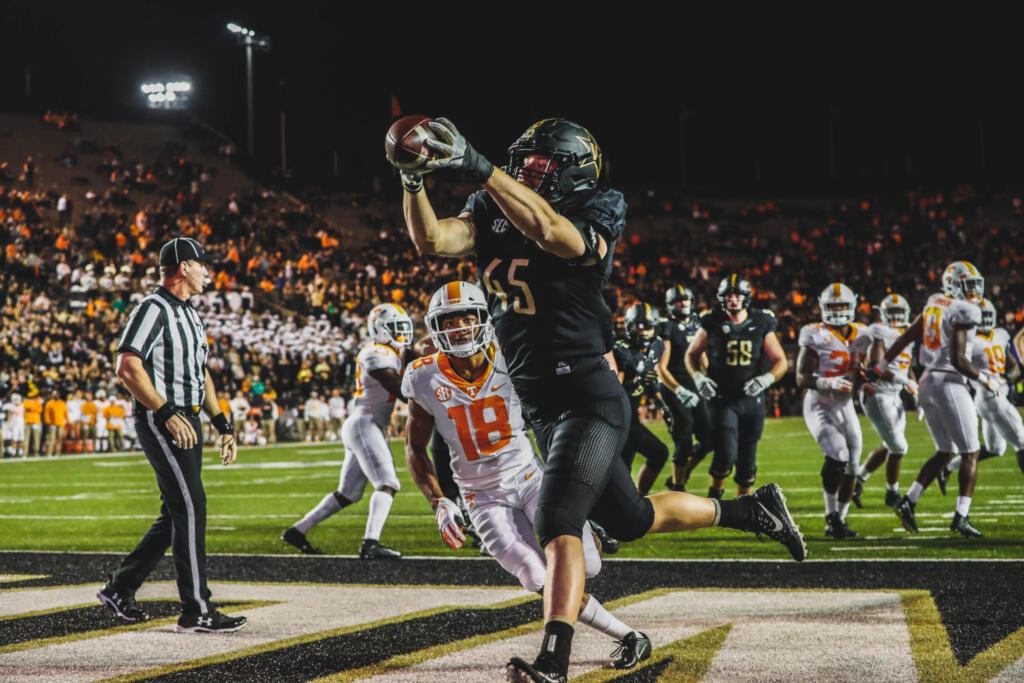 That whole year-long battle kind of flew by. It was very real and surreal at the same time. There were high moments like when Turner finished radiation and we got to destroy his radiation mask and there were low moments like when we found out that the cancer had reappeared a couple months later.

Within the rollercoaster that is cancer treatment, Turner taught us a lot. No matter the discomfort or how tired he was, he always had a smile on his face. I will never forget coming back to our dorm with Drew Birchmeier and Cameron Tidd exhausted after 16-hour days of camp and he would still be up at 10 p.m. just waiting to ask what the snack was that we brought back to him. He had nothing but jokes, smiles and laughter for us even though he had been alone all day while going through treatment.

I had never seen someone put their own pain away to comfort others. Ever since those days, I truly have been trying to be more positive for those around me.

We spent a lot of time together as a friend group during our junior year camp and the first month of the school year, watching movies almost every night and enjoying the limited time we had together. Turner was selected and enrolled in an experimental treatment at MD Anderson in Houston and that brought a lot of hope for him and for us.

He left for Houston and got the first procedure but a few weeks later, he left our dorm to go home to rest as the procedure had taken a lot out of him. Little did we know, months before his passing, that this would be the last time we would see him.

The fall was quick and we stopped getting texts and messages from Turner as the cancer worsened and continued to spread. Our communication the last month or so went through his parents, Noelle and Randy, who are some of the greatest people I have ever met.

Turner passed away Nov. 29, 2018. We unfortunately didn’t get to see him before he passed, but we were able to spend a day with his family two days later in Atlanta. That was the first time that I met Randy and Noelle and we spent the day reminiscing and laughing about Turner related stories.

It was an incredible, sad day, but we kept what Turner had taught us close to our heart and laughed and smiled through it.

We continue to visit Turner’s parents in Atlanta whenever we can and they come to Nashville for Turner’s Heroes and Vanderbilt events. It is always such a joy to see them. I really do think of them as my southern parents now. 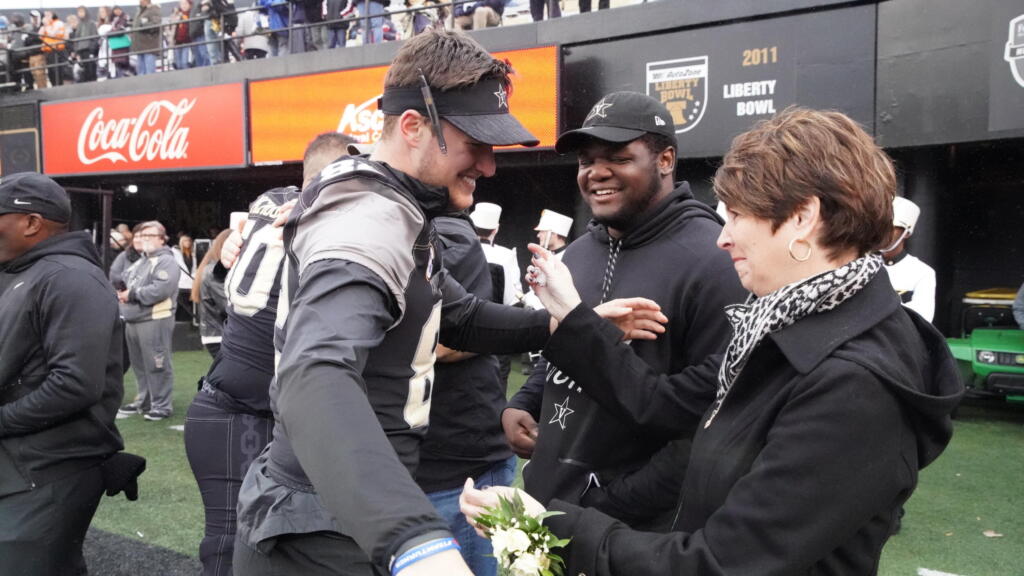 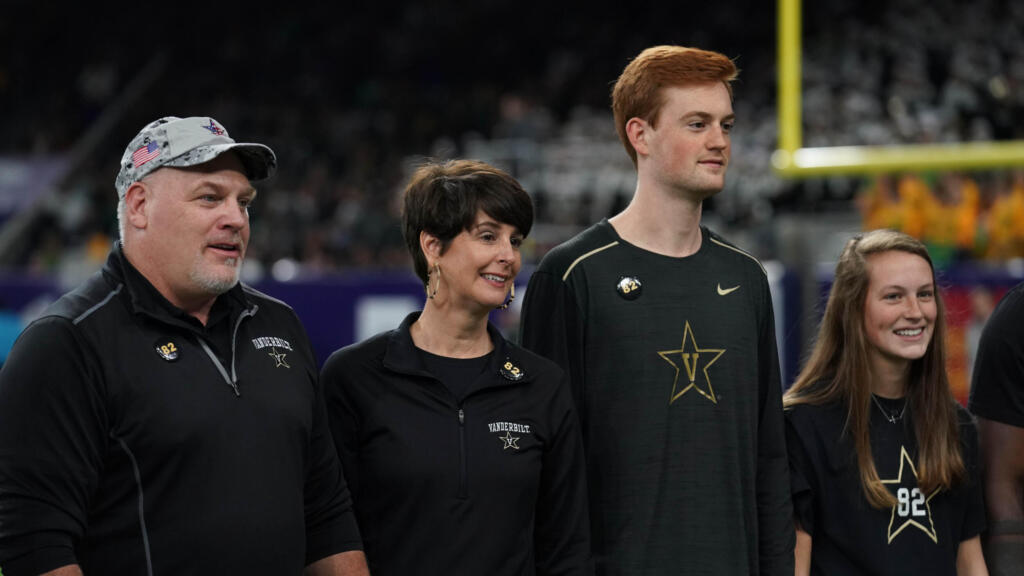 I hope you can see from what I’ve written above that Turner meant a ton to all of us, which is why I started Turner’s Heroes to continue his legacy. It was at the Texas Bowl that I thought of the idea after we visited MD Anderson Cancer Center and talked with Turner’s surgeon Dr. Amy Hessel.

I spent the next six months planning and trying to get Turner’s Heroes running. It was only until I saw the interest of you, the Vanderbilt community, that I knew that our organization would be a success.

It has been the most meaningful experience of my life from holding events at Monroe Carell Jr. Children’s Hospital at Vanderbilt and American Family Children’s Hospital in Madison, Wisconsin, to fully funding the Turner Cockrell Discovery Grant and starting the Turner’s Heroes Kids Cancer Endowment Fund, as well as the superhero community weeks and months that we’ve held at Allatoona High School, Turner’s alma mater, and at Cleveland State University.

I can’t thank everyone enough with special thanks to coach Mason, Brother B, Jason Grooms and all of the other support staff in Vanderbilt athletics. You have all been incredible to me and to the Vanderbilt and Nashville communities. I hope people know how much they care about the university, the city and us as men. 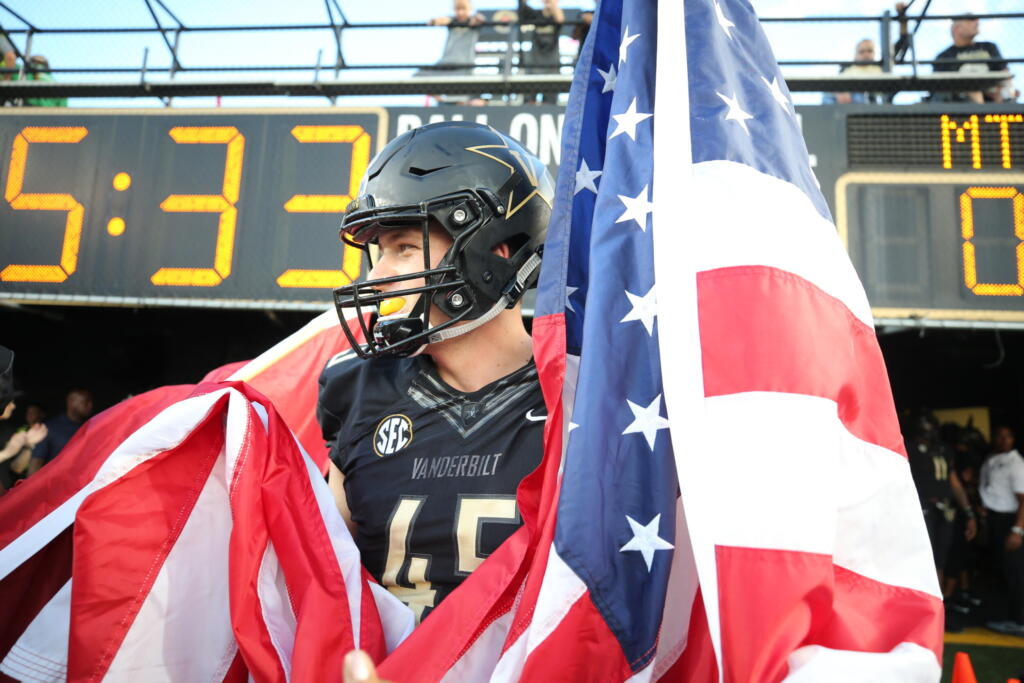 Turner meant the world to our team, our class and everyone who was around him. He is always on our mind. He is always in our heart.

No matter how the season was going this past year, whether it was wins or losses, Turner was with us. He was our heart and soul, a role he will continue to play for Vanderbilt football even after our graduation.

Turner will be with every member of the 2016 class forever. We all think about him and talk about him every day – this won’t stop. Even though he is gone, he never really left.

As we, the Class of 2016, walk across that virtual stage, he will be walking with us and will continue to walk with us as we each go down our separate paths.

And I bet he will have a smile on his face the whole time. 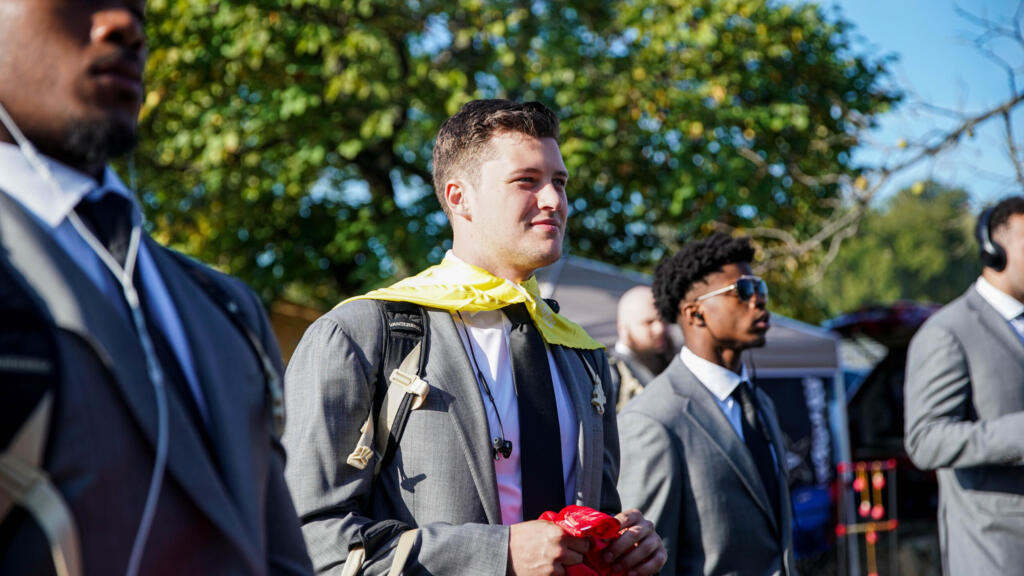