The victory also capped what was one of the most successful seasons in SEC baseball history. How historic was Vanderbilt’s campaign? We take a look at a few of the highlights:

• Vanderbilt clinched both the SEC regular season and tournament championships for the first time since 2007. 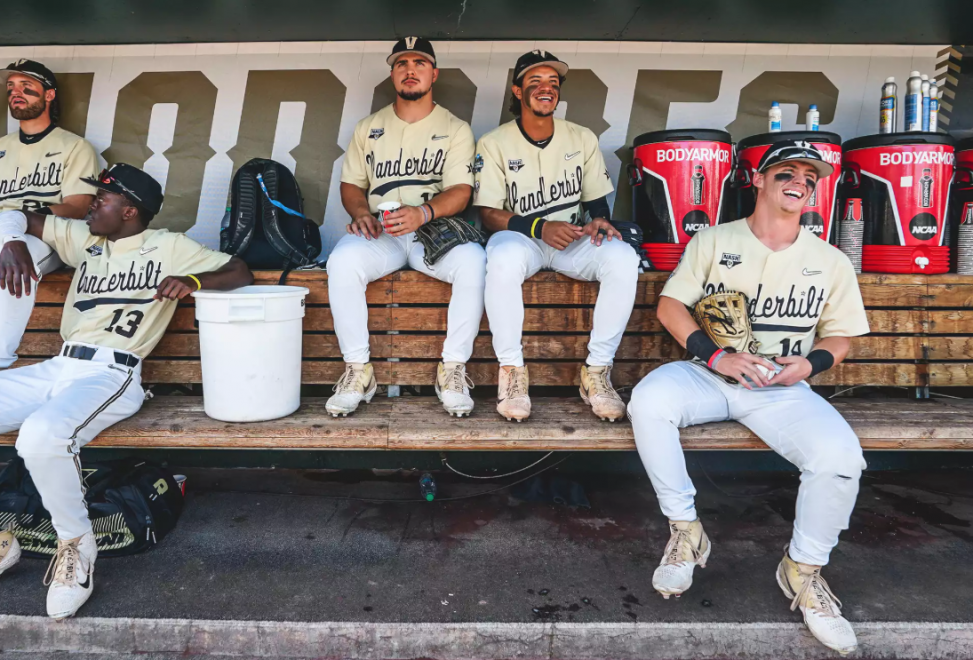 • The Commodores tied an SEC record with 13 players selected in the 2019 Major League Baseball Draft. The Miami Marlins selected Bleday with the fourth overall pick, making the junior the ninth Vanderbilt player to be drafted in the top-10 overall in the Tim Corbin era and highest since Dansby Swanson was taken first overall in 2015.

• In a 3-0 win over Duke in the NCAA Super Regional on June 8, Rocker threw Vanderbilt’s first individual no-hitter since 1971. Rocker set a Vanderbilt postseason record for strikeouts (19), surpassing David Price’s mark of 17 against Austin Peay in 2007. The freshman permitted two walks and threw 131 pitches in nine frames. Rocker’s no-hitter was the eighth all-time individual no-hitter in NCAA Tournament and the first by a player in a Super Regional. 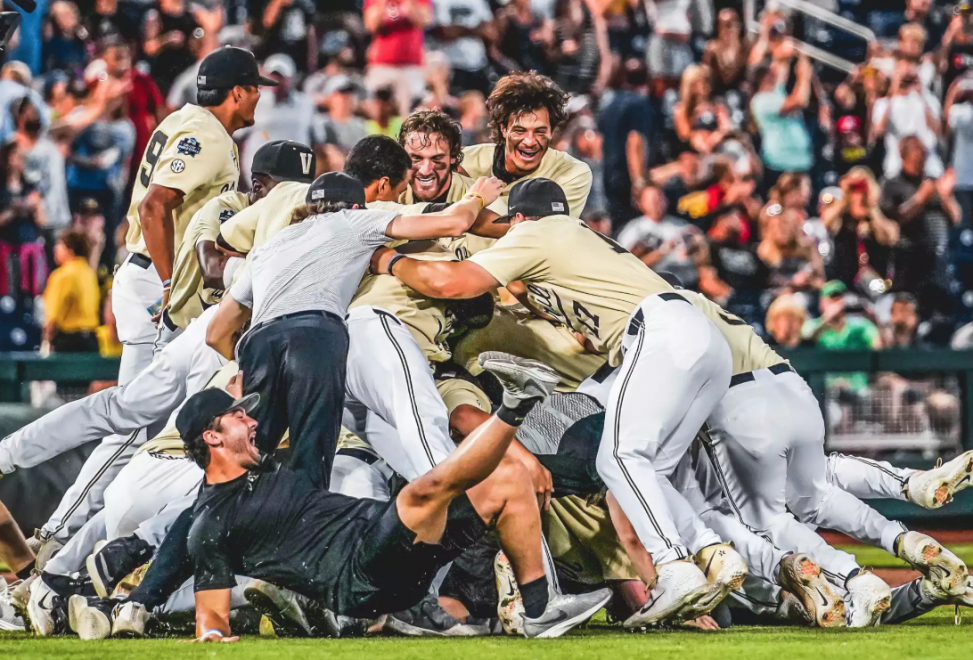 • Vanderbilt became the first school to reach the College World Series finals three times since the event moved to TD Ameritrade Park in 2011 and the first to win multiple titles at the ballpark. The Commodores have reached the College World Series finals in each of their last three trips to Omaha (2014, 2015, 2019), winning it all in ’14 and ’19.

• Vandy pitchers combined for a 2.50 ERA over six CWS games. Hickman allowed one earned run and struck out 13 in 12 innings. Kumar Rocker, who threw the no-hitter in Super Regionals that already is part of college baseball lore, gave up two earned runs and fanned 17 in 12 1/3 innings. Closer Tyler Brown threw 7 2/3 shutout innings and recorded three saves. 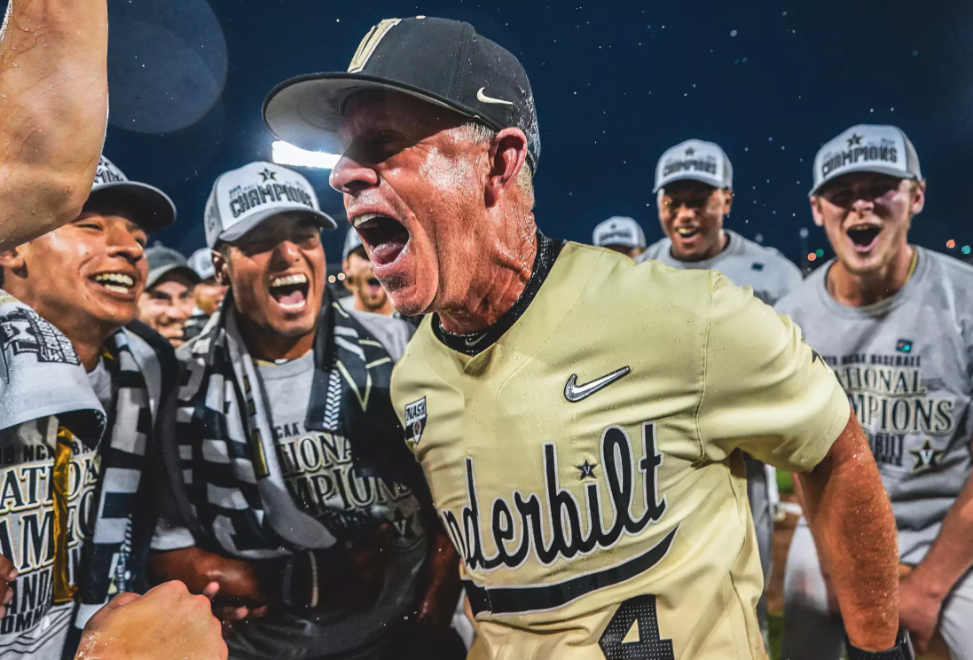 • Bleday finished as the nation’s home run leader with 27. He had a combined six home runs his first two seasons at Vanderbilt.

• Martin led the SEC in batting average (.392) and fell just short of becoming the first Commodore since Warner Jones (2004) to bat above .400 in a season. Martin entered the College World Series batting above .400. 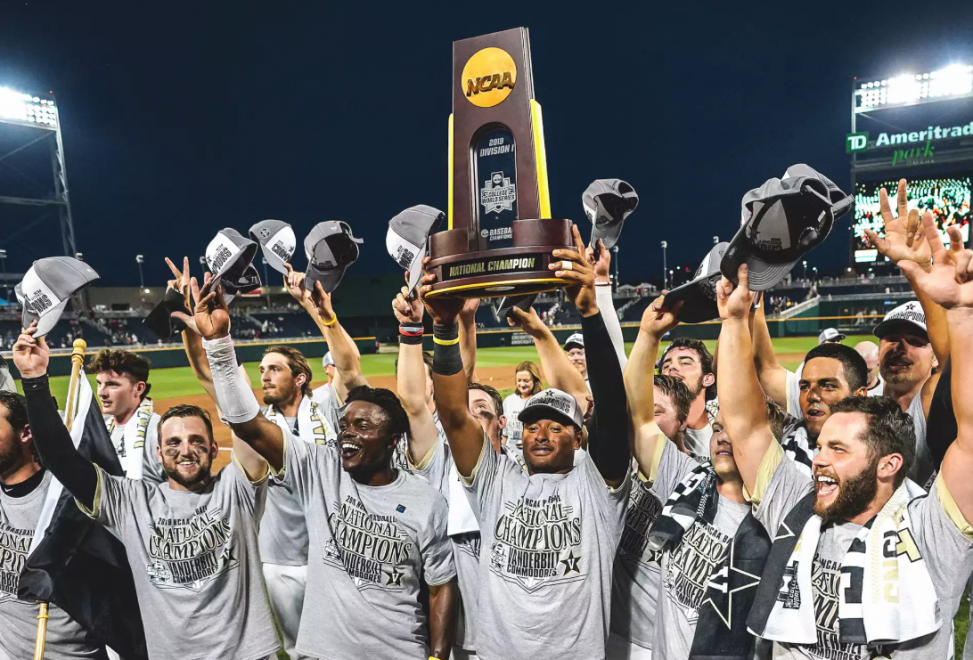 • Vanderbilt became the first top-two national seed to capture the national championship since the No. 2 Miami Hurricanes in 2001.

• The Dores finished a combined 13-2 against teams in the CWS field: Arkansas, Mississippi State, Auburn, Louisville and Michigan.