"When I say someone is family, it means more than the average person."

Three weeks before the beginning of Vanderbilt’s fall semester in 2017, Tim Corbin’s phone rang. The Commodore baseball coach was preparing to welcome his full roster to town, a group that included a 6-5 freshman pitcher named Tyler Brown. The last thing Corbin expected was to hear Brown’s voice on the other line.

Brown had waded through the depths of a difficult childhood in Ashland, Ohio, weathering challenges that made his very ascension to college athletics a far-fetched notion. Thus, Corbin feared the worst.

The news, however, was much more life-changing for Brown – and Corbin.

“When he drops that he’s going to have a child on me, I was floored,” the coach said.

Brown informed Corbin that he and his girlfriend, Jocelyn Butcher, were expecting a baby. Corbin had never coached a Vanderbilt player who had a child during his college career. Brown, in truth, was just a kid himself.

However, Corbin was encouraging to his newcomer.

“I was like, let’s go. Let’s go. We’ll work this out,” Corbin recalled. “I was more encouraged than I was, ‘Oh boy, this isn’t going to work.’ We’ll make this part of you better and happier.”

Brown ultimately enrolled at Vanderbilt as a student-athlete with the heralded baseball program. Almost two years later, he is the father of a 15-month old daughter, Isabella Rose Brown, as well as one of the best relief pitchers in college baseball. This spring, Brown earned First Team All-SEC honors after capping the regular season with an SEC-leading 13 saves. He limited opponents to a .185 average in a team-high 23 appearances during the regular season.

But Brown’s biggest growth has come courtesy of his role as a father to Bella. A rough-around-the-edges farmboy has matured and evolved into a stoic leader on the field for the Commodores — and a proud father off of it.

“For me personally, it has helped me a lot,” Brown said of fatherhood. “It’s given me a little more patience, even though I’m not there all the time.”

Brown learned patience earlier than most as he experienced an up-and-down childhood. His mother, Cindy, was diagnosed multiple myeloma, a cancer of the white blood cells, when he was 8 years old. He was at his home with his two half-sisters on Aug. 3, 2012, when Cindy Brown collapsed from a stroke after a family trip for errands. She died that afternoon.

Tyler’s mother had been the family’s primary caregiver, often working multiple jobs at a time a single mother. In the days following her death – the death of Tyler’s biggest cheerleader, in life and on the baseball field – a 12-year-old Tyler Brown came to grips with his new reality.

As a teen, Brown bounced around from friend’s house to friend’s house, staying with extended family for stretches at a time. But Brown ultimately found stability through Brandon Oswalt, who had coached Brown in summer baseball leagues in Ohio. 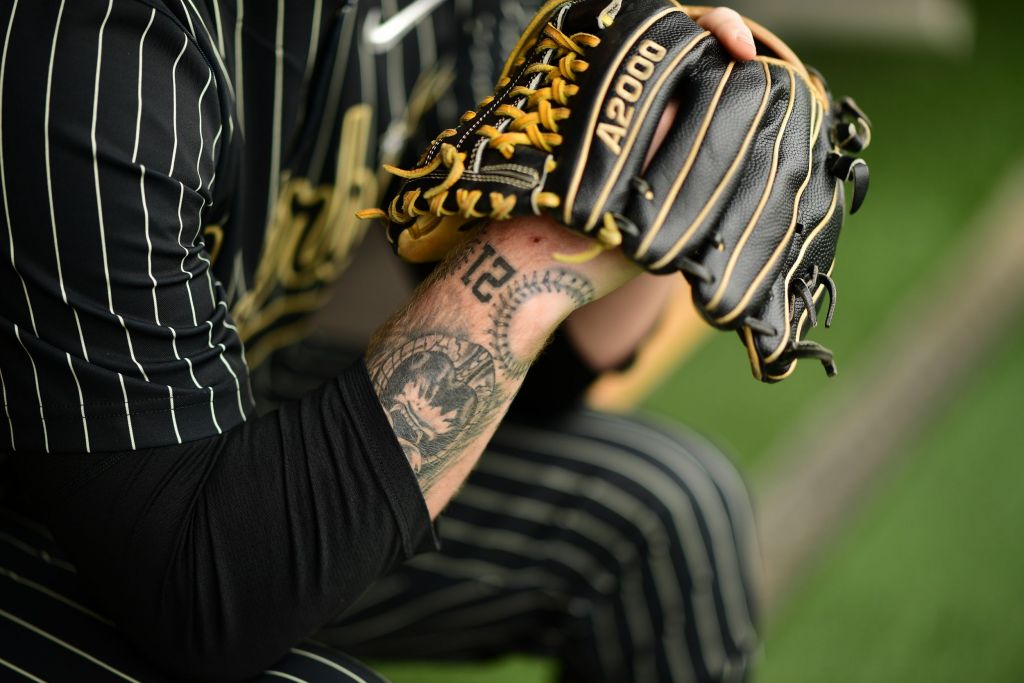 Oswalt’s background mirrored that of Tyler: a former prep pitcher from Ohio whose childhood featured its own tales of pain and despair. Thus, Oswalt felt connected to Brown from the get-go.

“Instantly, you see someone who is like a reflection of yourself,” Oswalt said of Brown. “He was bigger than everybody and you could tell he was physically better than everybody. But he was stubborn and everything that I also was [as a kid]. He thought he knew it all. When I see that, it draws me to that kid. Immediately, I wanted to break that barrier down.”

Brown, at first, was less willing to open up. All too often, those close to him had let him down or passed away. He did not want that to happen again.

Brown found the same kind of loyalty with Vanderbilt baseball. He blew out his right elbow as a junior at Olentangy Orange High School, the very week Corbin and his wife, Maggie, had come on a recruiting visit to watch Tyler. Other coaches shied away from the injured pitcher. Corbin stuck with him, a fact Brown has never forgotten. 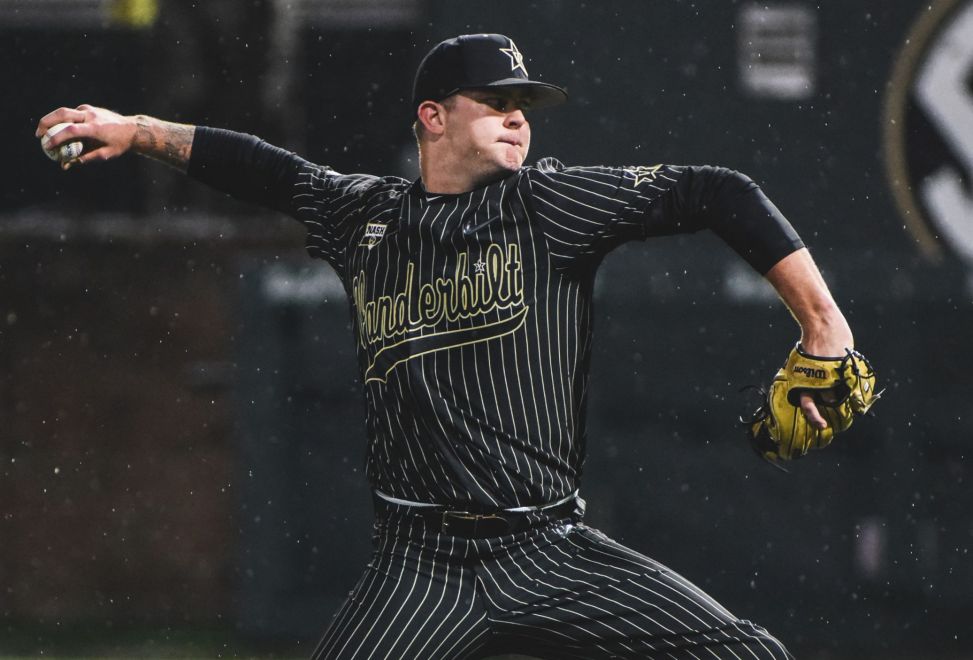 Now Brown takes lessons from Corbin on how to be a role model for Bella.

“He’s literally a father away from home,” Brown said. “He’s a great person to have on your side and a great person to look up to. I’ve talked to him many times about being a person and how to grow, how to be a better man and be the father I want to be. The relationship he builds with you is beyond baseball.”

That maturation has coincided with Brown’s evolution into one of the sport’s premier relief pitchers. In 16 postseason games, Corbin turned to Brown to shut the door eight times, allowing just three earned runs in 13.2 innings of work. The Commodore closer earned four saves in that span, including three-straight in pool play of the College World Series, claiming Vanderbilt’s single season-saves record with 17. His renewed focus has been a welcome development to Corbin.

Brown helped bring Corbin a College World Series title at season’s end. But his biggest priority is a future for Bella, who has already weathered obstacles in her young life. She was born with Down syndrome and Tetralogy of Fallot, a condition that causes oxygen-poor blood to flow out of the heart. She had her first heart surgery at five months old. Earlier this spring, Bella had an emergency operation to address further complications within her heart. Brown ventured back to Ohio to be there for Bella’s successful surgery.

Today, Bella continues to fight – and root on her father.

Whenever Brown takes the mound next, he will have Bella on his mind.

“She’s a part of me,” Brown said. “I felt like it’s almost like having another chip on my shoulder. So she has Down syndrome. That’s a knock on her? How? Everything she does, she does things that she’s not supposed to be doing. I think about my life and how people said I’d never be here. I’d never pass class and be eligible at a different school. I did that. I could never play Division I baseball. I did that.”

“She empowers me. She is my hero.”

Vanderbilt’s Harrison Ray offers his perspective, insight and thanks