U.S. Amateur on Tap for Commodores

NASHVILLE, Tenn. — Vanderbilt will be well-represented this week in New Jersey when six Commodores compete at the United States Amateur at the Ridgewood Country Club and Arcola Country Club in Paramus.

Reid Davenport, William Moll, Jansen Preston, Gordon Sargent, Cole Sherwood and Jackson Van Paris will all be vying to win the prestigious event which tees off Monday and runs through Sunday.

After two rounds of stroke play Monday and Tuesday, the top 64 players advance to match play beginning Wednesday. The Round of 32 and Round of 16 are scheduled to be conducted Thursday before the quarterfinals Friday, the semifinals Saturday and the 36-hole championship match beginning at 7 a.m. CT Sunday.

Peacock and GOLF Channel will have live coverage each day starting Wednesday.

Live scoring for the event can be found HERE. 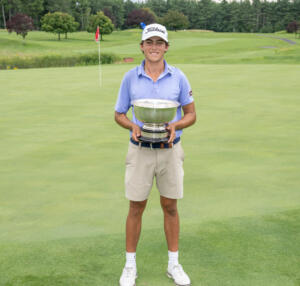 The Massachusetts native ended his junior career with a win at the Massachusetts Junior Amateur Championship earlier this month. In the championship match, Broderick was down three holes after six complete to future Michigan State golfer Aiden Emmerich before rallying on the back nine to win 4 of 5 and take home the title.

A couple weeks prior to Broderick’s title run in Massachusetts, the incoming freshman had advanced to the Round of 16 at the U.S. Junior Amateur at Bandon Dunes in Oregon. Broderick defeated Patton Samuels and Keaton Vo, respectively, before falling to Wenyi Ding.

Making Waves at the Western Amateur

At the 120th Western Amateur at the Exmoor Country Club in Highland Park, Illinois, Sherwood advanced to the quarterfinals of match play in the event where he was ousted by Mateo Fernandez de Oliveira. Sargent just missed the cut to advance into the match play field of 16 competitors.

Moll also made it through four rounds of stroke play before failing to advance to the match play portion of the tournament.

Black and Gold in the Bluegrass

Jansen Preston nearly pulled off a win at the 103rd Kentucky in late July.

Played at the Persimmon Ridge Golf Club in Louisville, Kentucky, Preston finished tied for a third at 5-under-par. He had the second-best score among amateurs in the field in an event won by Patrick Newcomb.

Preston had back-to-back rounds of 68 in the tournament.

Former Commodores continue to find success in the professional ranks as well.

Harrison Ott, competing on the PGA Tour Canada, has played in four events and finished in the top 20 in three of them. Ott tied for third at the Osprey Valley Open, tied for ninth at the Prince Edward Island Open and tied for 19th at the Quebec Open.

For all the great achievements on the course, the Commodores continue to make an impact off the course as well.

In July, Sherwood and Ott were named Srixon/Cleveland Golf All-America Scholars by the Golf Coaches’ Association of America. Sherwood and Ott qualified for the honor by having a stroke average less than 76 and a career cumulative grade-point average of at least 3.2

At the Palmer Cup in July in Switzerland, Sherwood was awarded the Michael Carter Award. That honor is bestowed upon a Palmer Cup participant who best represents the qualities and ideals of former Pennsylvania State University golfer and Arnold Palmer Cup intern Michael Carter. 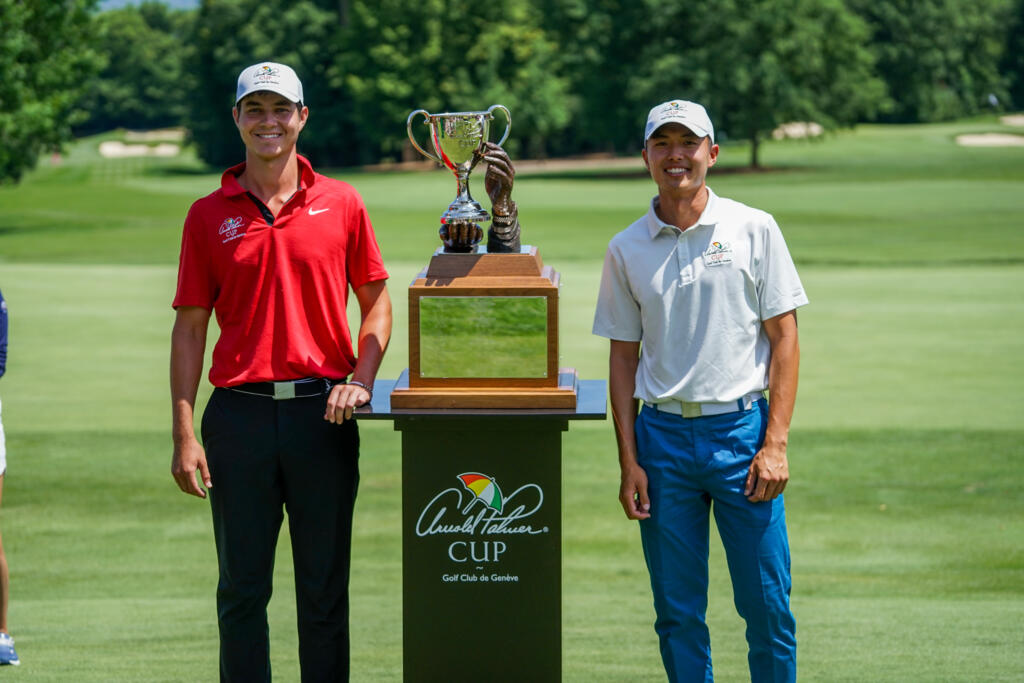