NASHVILLE, Tenn. — One length of the pool remained. After all the mornings when an alarm clock roused her in pre-dawn darkness so that she could practice before school. After so many weekends sacrificed and miles traveled to swim meets for Vanderbilt. After the hard work necessary to compete in the Southeastern Conference, Alina Jones had just 25 yards still to swim.

For her final race in her final collegiate competition, a meet at Arkansas-Little Rock on Jan. 29, she waited to swim the first leg of a 100-yard freestyle relay.

The final lap, inning or set is inescapable for every student-athlete. What set Jones apart from most is that she chose her moment. She set the terms for stepping away. She will graduate with the Class of 2022 with a triple major in medicine, health and society, economics and Russian. Because NCAA student-athletes received an additional year of eligibility as a result of the pandemic, and because she completed her undergraduate studies in three years, she could swim for two more seasons at Vanderbilt or another school. Instead, when she begins graduate school at Duke, she will do so as a former student-athlete.

She doesn’t love swimming any less these days. She still enjoys time with her teammates. She still feels the desire to excel that athletic competition instills, the need to see if she can achieve a little more today than she did yesterday. It’s just that the years of swimming for Vanderbilt opened up a world beyond the pool that invited exploration. Swimming allowed her to choose her own path—one that led away from the sport once she reached the far end of the pool in Little Rock.

“It’s my last race, and I want to savor the moment,” Jones recalls. “But on the other hand, it’s so ingrained in me from being a swimmer for so long to just put my head down and race like it’s any other race.

“When I was in the water, it was just holding my breath and racing. But before and after, there was definitely some nostalgia.” 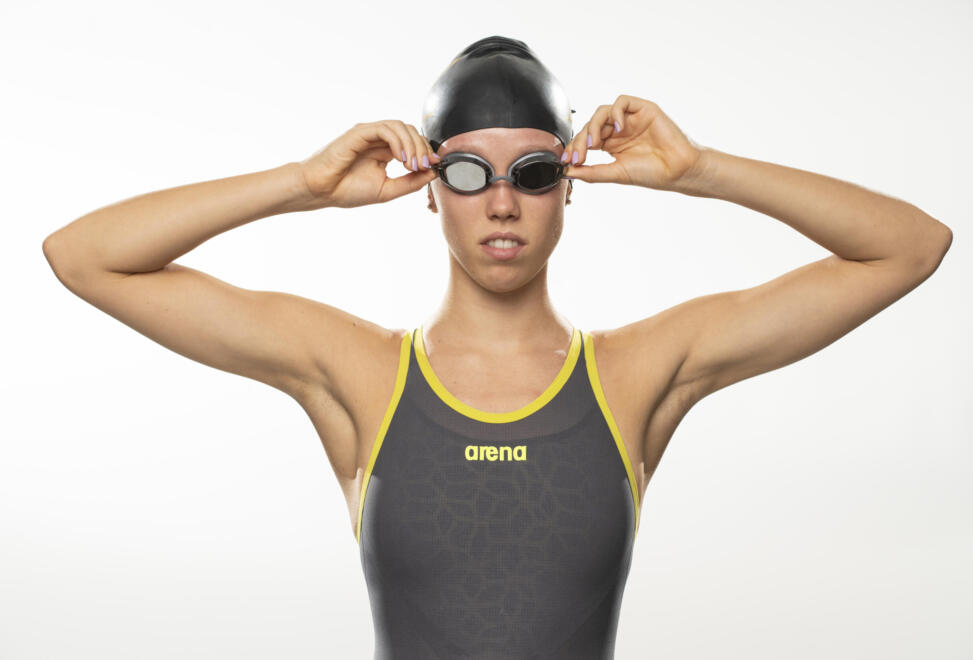 Choosing her own path

When Jones arrived in Nashville in the summer of 2019, she didn’t plan to graduate in three years. She never envisioned juggling three majors or swimming through a pandemic. Then again, she never really set out to be a swimmer in the first place. Life is funny that way.

The daughter of a Russian mother and American father, the latter a foreign service officer, she lived parts of her childhood in Bulgaria and India before the family moved to northern Virginia when she was in grade school. It wasn’t until returning to the United States that she began to swim competitively—and then only because she saw it was a way to spend more time with one of her best friends who already belonged to a summer program at a local pool.

She loved being among friends, old and new. She also enjoyed swimming before she knew she was good at it. Soon enough, she discovered winning had its appeal. She joined a more competitive swim club, one that sometimes meant waking up at 3:30 or 4 o’clock in the morning to make it to practice. She wasn’t on an Olympic or world-class trajectory, but she set records at her high school and drew interest from Division I programs. Vanderbilt appealed to her because she knew she couldn’t swim forever but she wanted to make the most of the present. 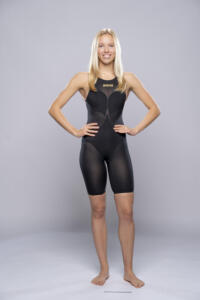 Still, casting an eye toward the future didn’t mean she knew what it held. Inspired by a particularly influential high school biology class, she set out to follow a premed track. She enjoyed many of the classes and accumulated enough credits during her earliest semesters to put completing the MHS major within reach, but there was something missing. She knew what it felt like to be passionate about something, and this wasn’t quite it.

Jones grew up speaking Russian at home with her mother, who spent her childhood in that country’s far east and was a teenager when the Soviet Union collapsed. It was only natural that she took a Russian language class to satisfy curriculum requirements in the College of Arts and Science. She also happened to love the professors and the classes and ended up completing the major almost by accident.

That natural intellectual curiosity led her to become a member of the Russian Hall at McTyeire, Vanderbilt’s language-immersion dormitory. While there, she spoke only Russian, including at daily dinners and weekly study breaks.

Studying Russian might seem easy for someone who grew up speaking the language at home, but David Johnson, lecturer of Russian and coordinator of the Russian Hall, notes that it requires a uniquely willing mind.

“Many heritage speakers are unwilling or unable to successfully shift from their seemingly ‘fluent’ ability to speak, but inability to correctly write, read and understand grammatical structures and rules, to a much more scientific and literate understanding and use of their parents’ language,” Johnson says. “The fact that Alina was able to make this mental and psychological shift underscores her mental agility and flexibility and her readiness to absorb and analyze new information that might conflict with her previous assumptions.”

Economics was the final piece of the puzzle. Looking for new avenues when she started to question her premed plans, she took an introductory economics class the second semester of her freshman year—around the same time she won the 100- and 200-yard breaststroke races in a meet against Marshall—and was hooked.

“I’ve realized throughout college that I genuinely enjoy learning,” Jones says. “It’s empowering when you go through difficult classes and you’re able to build on this foundation of knowledge you’re accumulating. I like that—the frustration of not knowing something, then learning it and feeling the sense of accomplishment that you grasped a concept you weren’t able to before.

“With swimming, it’s similar. I genuinely enjoy practice and getting better each day. As difficult as it can be sometimes, at the same time it’s rewarding when you see it pay off at meets.” 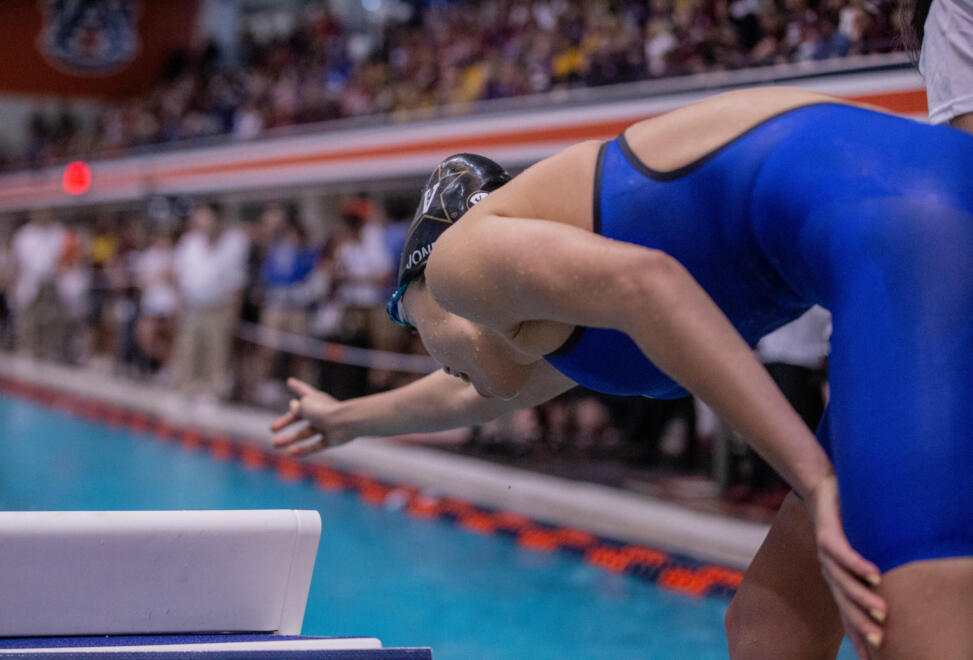 "She supported everybody—it didn’t matter where they were on the team or what day it was."

It takes a team

That wasn’t the only way swimming helped her explore new horizons. For many sports fans familiar with the Olympic exploits of Katie Ledecky or Michael Phelps, swimming is the epitome of an individual pursuit. But college swimming is a team sport, where at least when done right, individuals pursue excellence while challenged and supported by those around them.

“At the end of the day, it is absolutely an individual sport,” Jones says. “Even when you’re on relays, when you’re in the water, it’s just you. Everything is on you. But having a great team, a fun team, makes it so much easier to go through hard practices. When you’re feeling down or having a hard time, having really good teammates to support you makes a huge difference.”

There were hard times. The pandemic altered the rhythms and routines of the team. It wiped out much of her second season and was largely responsible for Vanderbilt hosting just three home meets in her final two seasons. Even inclement winter weather got in the way of a carefree experience, forcing an additional cancellation this season. Jones also dealt with physical issues this season that kept her out of competition until just before Thanksgiving.

And yet she managed to make a mark more lasting than posting some of the fastest times in program history in the 100- and 200-meter breaststroke. She helped create a collaborative environment that encouraged others to strive for excellence—whether in or out of the pool.

“She’s had an effect on everybody,” head coach Jeremy Organ says. “She was somebody everybody on the team looked to and who was vocal with the whole group. Everybody listened to her. She supported everybody—it didn’t matter where they were on the team or what day it was.

“She was a big piece of the experience for a lot of people on this team. She just had a grounded approach.”

The next challenge awaits

It wasn’t until late this past fall that she made up her mind about her future. With deposits due for graduate school, she decided to pursue a master’s degree in quantitative management and business analytics from Duke’s Fuqua School of Business. She enjoys math and analytics but also writing and reading. She isn’t one or the other. In three majors, she found a way to feed that at Vanderbilt. In mixing data science and business, she hopes to do the same at Duke.

“I’m looking forward to a role where I’ll be able to apply some math and quantitative skills,” Jones says. “But also use that in an open setting, collaborate with people and use communication skills to grow a business.”

Launching herself into the water one more time in Little Rock, it took her just 9.7 seconds to complete her leg of the 100-yard freestyle relay. Then, one more time, she climbed out of the water and cheered on her teammates as they swam.

She will miss those moments in the years to come—the way you look back fondly on the chapters in life that made the rest of the story possible.

“I’ve had such an awesome time at Vanderbilt, and I feel so accomplished with my career and everything I had the opportunity to do,” Jones says. “That’s why I’m really taking next year as an opportunity to challenge myself to the max academically.