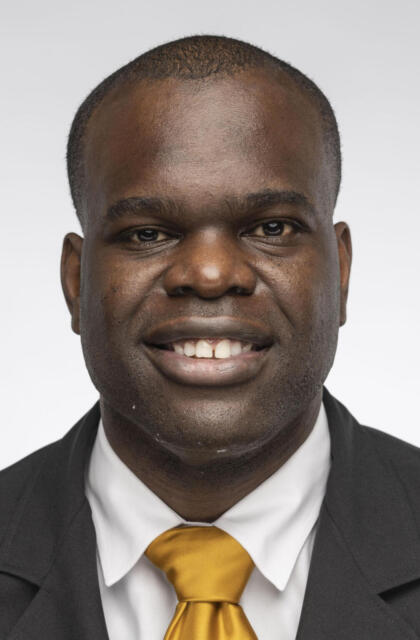 Gerald “Smoke” Dixon joined the Vanderbilt football program in 2021 as its director of scouting. The former All-SEC cornerback was most recently in the XFL.

Dixon was part of a three-man personnel staff with the XFL’s D.C. Defenders, joining Matt Cooper and Greg Gabriel. They, along with Pep Hamilton, were tasked with building the team. Dixon spent the summer of 2019 visiting NFL training camps and scouting the talent for the XFL draft. In 2020, the Defenders started 3-2 before the XFL suspended operations due to the COVID-19 pandemic.

Before jumping to the XFL, Dixon spent four years as a pro scout for the Buffalo Bills. He was part of a Bills playoff berth in 2017 and a roster makeover in 2018.

Within collegiate football, Dixon spent six years, 2008-13, at The Citadel. During his tenure, he worked with the team’s cornerbacks, defensive line, safeties and outside linebackers.

Dixon earned a bachelor’s degree in communications and anthropology from Alabama in 2002. While with the Crimson Tide, Dixon started all four years at cornerback and was a member of the 1999 SEC championship team. He was a Freshman All-SEC selection and earned all-league honors as a senior.

Dixon signed a free agent contract with the Detroit Lions and was a member of the organization in 2002-03 before moving on to the Buffalo Bills. He played with the Scottish Claymores in NFL Europe before joining the Edmonton Eskimos from 2005-07 and winning a Grey Cup.

A Jamaican native, Dixon and his wife, Stacia, have three children, daughters Sakyia and Savannah, and a son, Gerald III.