Spring Football on a Friday

NASHVILLE, Tenn. — Before the Commodores ran a live play Friday night inside Vanderbilt Stadium, Clark Lea had some business to tend to.

The first-year head coach made it a point to climb the stairs into the stands and thank as many fans as he could, fans who showed up to get a glimpse of the Dores during their second scrimmage of the spring season.

“Just connection, right? I just appreciate people showing up for us and the enthusiasm behind it. I want them to know their head coach,” Lea said. “The fans that made it out, that was meaningful to me.” 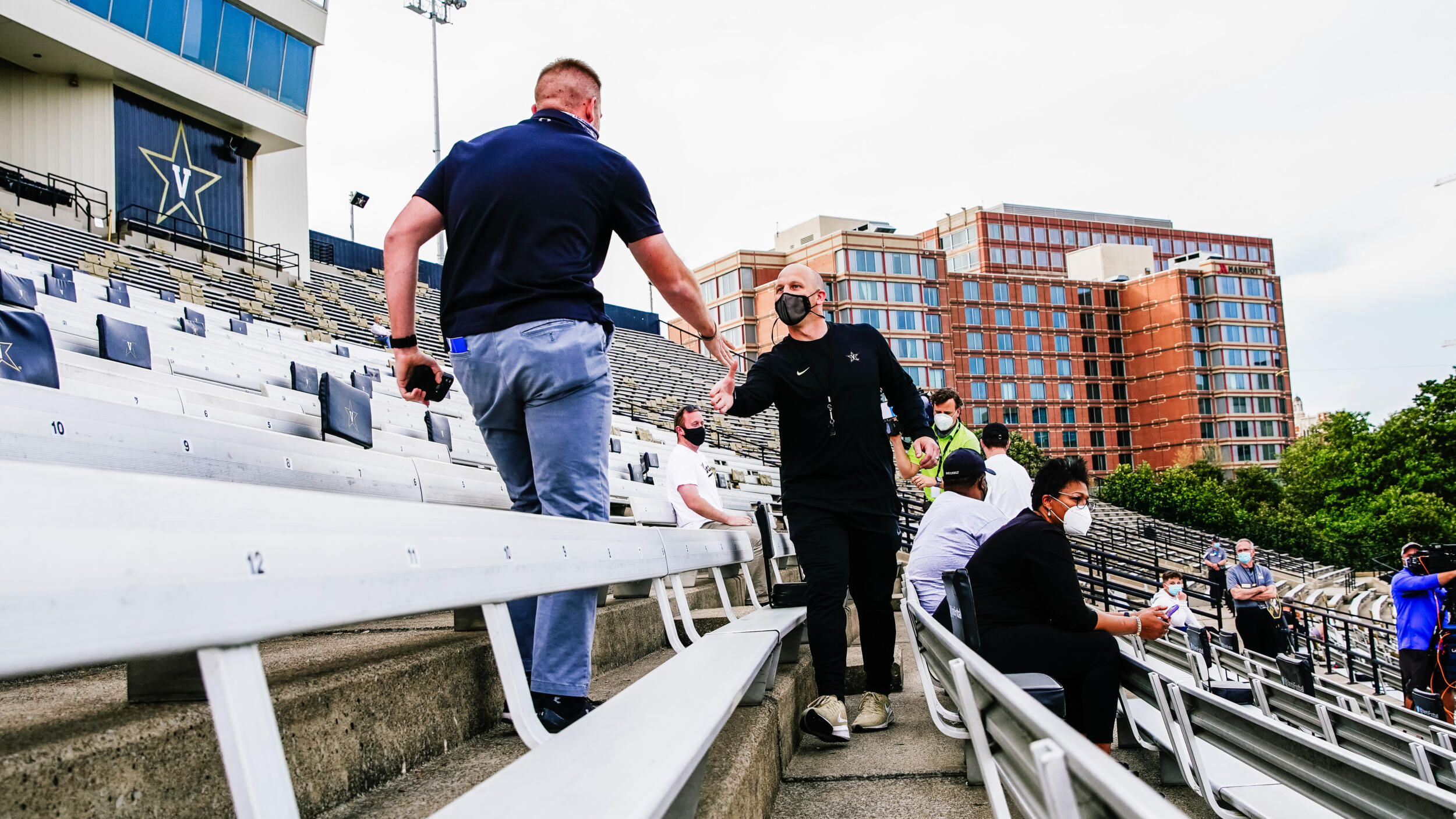 “We’ve waited for these moments and even though we’re still a little buffered, it’s special to me. You take a job, a job that’s dear to you. This is my hometown so connection to community is going to be a big part of what we do. It just struck me looking up and seeing people here supporting us that this was a great starting point for that; I’m looking forward for more opportunities to conect.”

Vandy scrimmaged for about 75 minutes Friday as it continues to work toward the annual spring game at 11 a.m. April 17. Re’Mahn Davis scored a touchdown on a short, third-down run from inside the 5 in a training session mostly controlled otherwise by the defensive units.

Pierson Cooke kicked a 37-yard field goal later in the evening and Ken Seals threw a touchdown pass to Cam Johnson from inside the 40 – a play which turned out to be the last of the night. 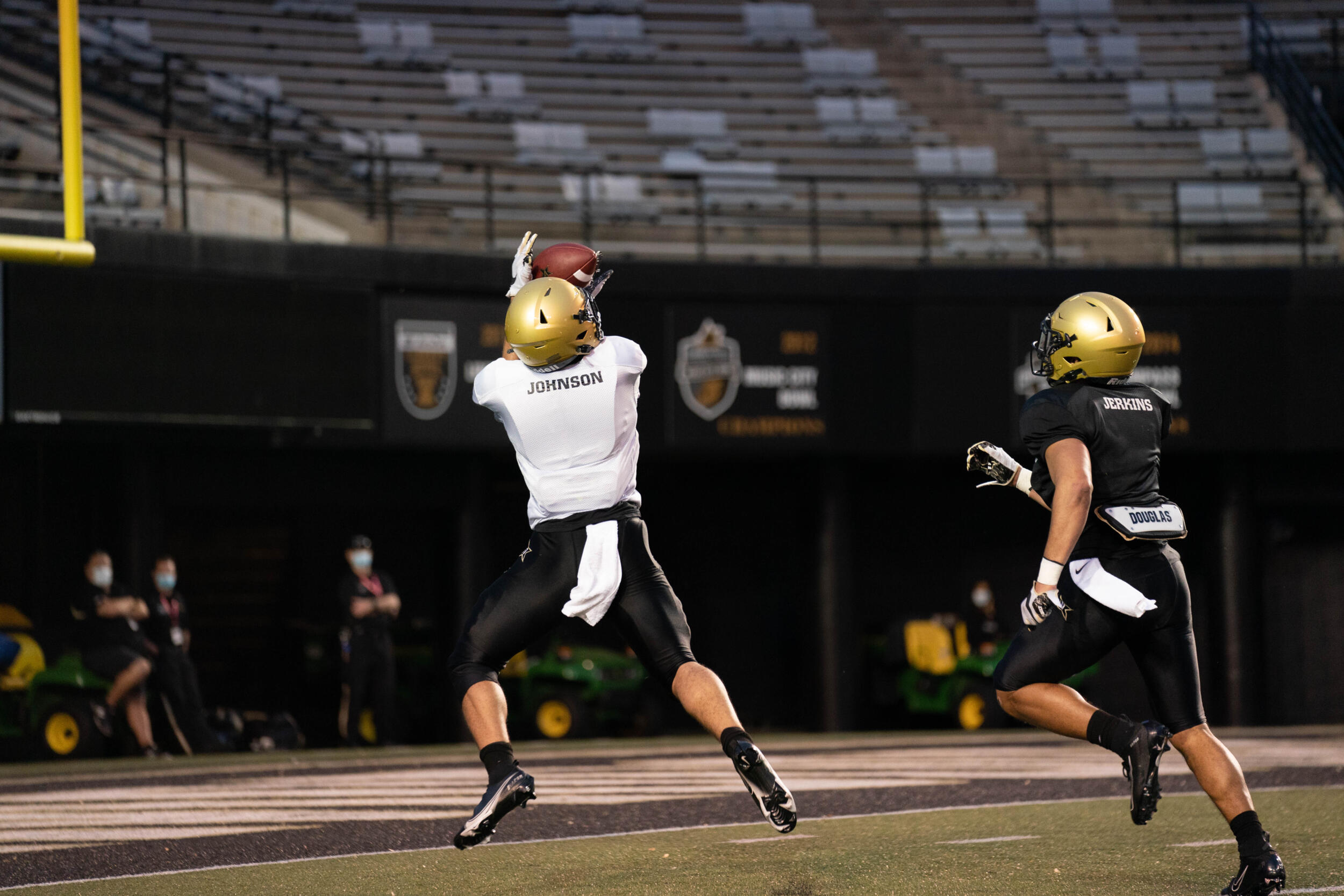 “Defense is usually going to take hold a little bit sooner because there’s innately a little less execution and a little more spirit, heartbeat, enthusiasm and flying to the ball,” Lea said. “I’m really impressed with how that unit is coming together.

“Offensively I thought we had flashes of applying pressure through tempo and of getting the ball in scoring positions. We have to finish drives. We have to develop a level of conditioning that allows us to maintain pressure.”

On a warm and breezy night at Vanderbilt Stadium, there were a few notable names that showed up to mingle. Oren Burks, Will Holden, Marcus Buggs and Cody Markel were just a few of the former Commodores who came out to get a glimpse of the 2021 squad.

Vandy now has the rest of the weekend off before returning for practice next week Monday, Wednesday and Friday leading into the spring game. Lea said he hopes many of the offensive players missing from Friday’s scrimmage due to minor injuries can return by the end of next week.

In the meantime the Commodores will continue to strive to end the spring on a positive note.

“All learning and that’s what you do,” Lea said. “It’s practice 11. We’re early on and have a long way to go – but certainly pleased with the effort today.”