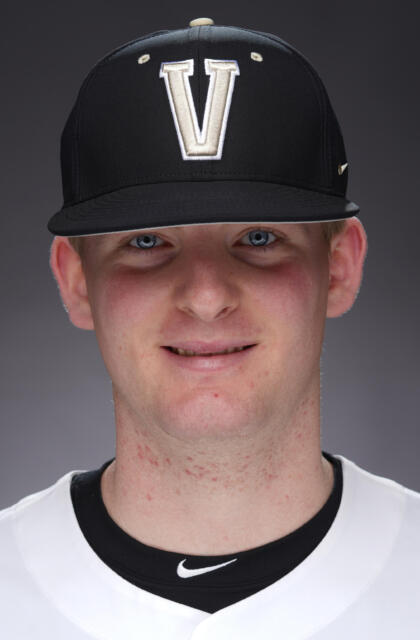 Head coach Tim Corbin on McElvain: “Chris is a pure baseball player. He was one of the most multi-talented players that has come into our program, playing every position on the field. He now has found his home on the mound. He is a very deliberate and intense young man. He thrives in competitive environments. He will impact our team and pitching staff greatly. I have enjoyed watching his progression academically and how it has enhanced his student-athlete life.”

As a Sophomore (2021)
• Made 22 appearances to rank third on the team, including one start
• Tallied five wins on the campaign, which placed him third on the squad, while also adding two saves to his totals
• Totaled 45.2 innings of work, which ranked fourth on the team
• Registered 58 strikeouts, good for third-best amongst Commodore relievers
• Pitched 3.0 innings in the season-opener against Wright State (Feb. 22) where he fanned five, allowed three hits and only one run against the Raiders
• Picked up first win of the season in the midweek against UT-Martin (April 6), behind 2.0 shutout innings and four Ks
• Credited with the win in the come-from-behind victory over No. 4 Mississippi State with 5.1 innings pitched and four punchouts
• Fanned a season-high six in the NCAA Regional-clinching win over Georgia Tech