Shurmur Back on West End

NASHVILLE, Tenn. — Much of Vanderbilt’s football success during the last decade was due to the efforts of Kyle Shurmur, a 6-foot-4, right-handed quarterback who played his final game for the Commodores on Dec. 27, 2018 in the Texas Bowl.

Now, Shurmur is back on West End.

Shurmur has joined the Vandy football program as a volunteer assistant in an offensive quality control role. He’s enrolled in graduate school at Vanderbilt and is also keeping his professional options open as a free agent should an NFL franchise need a quarterback during the upcoming 2020 season.

Until then he’ll be aiming for a master’s in finance degree to complement the economics degree he received as an undergraduate.

“(Finance is) a real prestigious program,” Shurmur explained. “So eventually, depending on what my career path is, I just wanted to get as educated as I could in that realm. It seemed as it was the best option.” 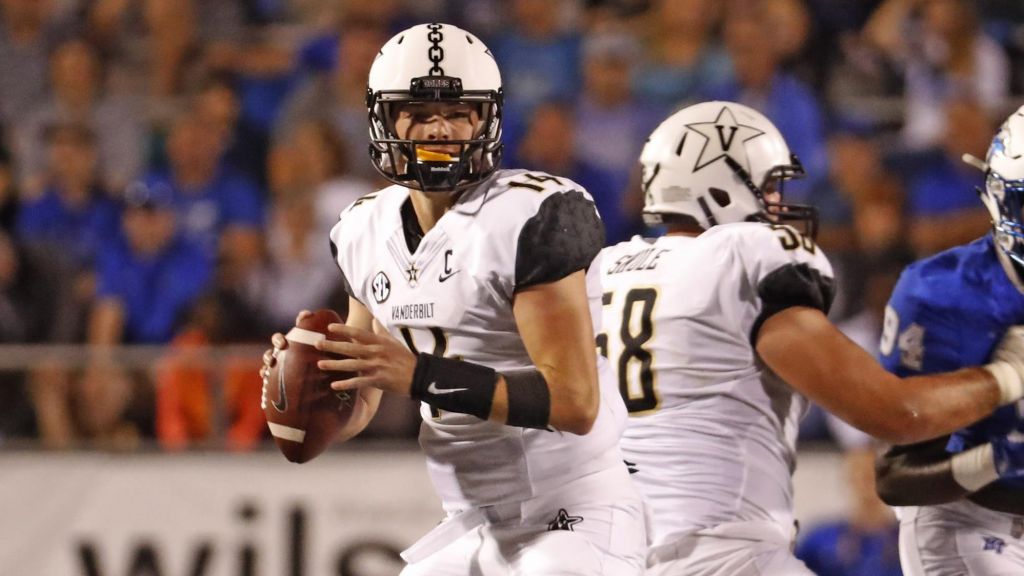 Shurmur threw 64 touchdown passes and completed 722 throws for 8,865 yards – just three of the numerous records he set during his time on West End. The Philadelphia product started 43 games as a Commodore.

In May of 2019, Shurmur signed as a free agent with the Kansas City Chiefs. He was later released by the franchise Aug. 31, then signed to the team’s practice squad a day later where he remained until joining the active roster Oct. 22.

Shurmur, whose father is Denver Broncos offensive coordinator Pat Shurmur, was waived Nov. 2, signed to the practice squad Nov. 5 and then watched as Kansas City went on to win Super Bowl LIV over San Francisco. The former Vandy quarterback was then placed on waivers April 29.

“I just decided to apply for grad school – go to school and also help (Vandy football) while I’m in Nashville,” Shurmur said. “I had a great experience here during my four years and I wanted to come back to help.”

Because Shurmur is serving in a volunteer capacity, he’ll be limited to what he can and cannot teach and what on-field activities he can and cannot be a part of, so when fall practice opens next week he said he be trying to learn as much as he can from all the new offensive coaches and student-athletes inside the McGugin Center. But he also stressed how his experiences in four years with Vandy allowed him an opportunity in the NFL and that when fall camp begins he will be trying to detail those experiences to current student-athletes.

Shurmur will also be a tremendous asset for the Commodores who will look to a former Vandy star who went on to be part of a championship organization at the next level.

“(Kansas City) was obviously a first-class organization. Great team, great coaches top to bottom. It was a great experience,” Shurmur said. “They have very high standards, they hold everybody to a high standard and they do things the right way. It doesn’t matter your role – I think everyone has a strong role there and no matter what string you were, whether it’s first or practice squad, or coaches whether you’re the head coach or an assistant coach, everybody is held to a very high standard. That ultimately led to a successful season and all the success they’ve had the past few years.

“I had a great experience and obviously we had a very successful year so it was a blast.”