NASHVILLE, Tenn. — Vanderbilt women’s tennis is set to begin the Fall portion of its 2021-22 slate and officially announced its full fall meet schedule on Wednesday.

Tennis season gets underway at the Debbie Southern Classic in Greenville, South Carolina, Sept. 17-19. The ITA Regionals are Oct. 21-25 in Murfressboro and the ITA Fall Championships are scheduled for Nov. 4-7 in San Diego. Vanderbilt will also compete in the Tennessee Fall Invitational, Oct. 28-31.

As is tradition, the Commodores will once again serve as hosts for the June Stewart Invitational at the Currey Tennis Center, Oct. 15-17. The tournament’s namesake, Stewart began her career in the Vanderbilt sports information office in 1973 and worked her way up to associate athletics director at Vanderbilt in 1993 and until her retirement. She was the first woman at Vanderbilt to serve as assistant SID for men’s sports and was a member of the NCAA Women’s Basketball Committee from 1990-96. 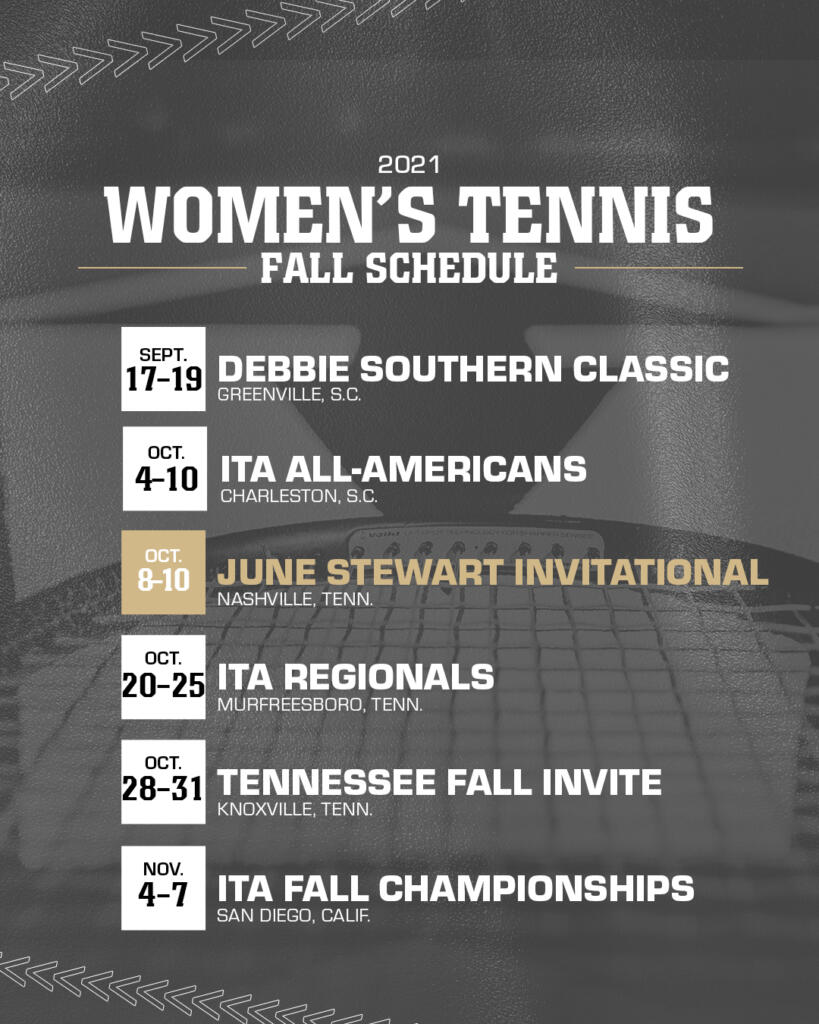