Although he grew up with an older brother, Jake Van Geffen, who ran cross country at Vanderbilt, Caleb Van Geffen was always committed to soccer.

It all started his freshman year of high school when the Birmingham, Alabama, native joined Oak Mountain High School’s cross country team to help him stay in shape for soccer season.

Soon enough, Van Geffen fell in love with the sport and has not turned back.

“For me it wasn’t fun enough to just be on the team,” Van Geffen said. “I am a very competitive person, so I wanted to give it my all every day at practice.”

After running for the varsity team his freshman year, Van Geffen earned all-state recognition his sophomore, junior and senior years.

Van Geffen’s high school accolades did not stop there.

As a member of Oak Mountain’s soccer team, he won three state championships and a national championship. While he stayed serious about cross country, Van Geffen knew he could never give up soccer.

“I would regret it for the rest of my life if I gave up either sport,” he said. “I would miss my teammates and the bonds we all made through out high school.” 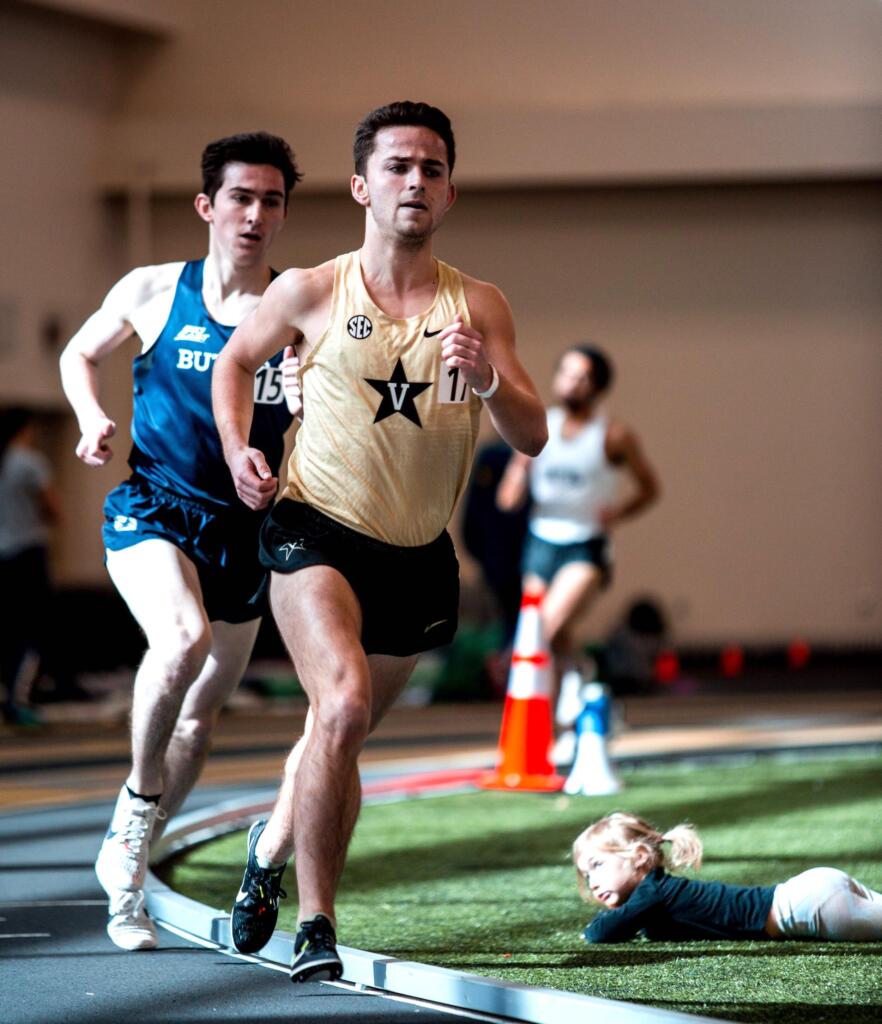 Although he was never able to invest himself fully in to just one of the sports, Van Geffen knew he wanted to run in college just like his older brother. By the end of his junior year of high school, Vanderbilt is where Van Geffen wanted to be.

“I didn’t entertain any other opportunities my senior year of high school,” he said. “Vanderbilt is what I wanted for myself both academically and athletically.”

His decision to attend Vanderbilt has proved to be the right one. He is currently the president of the Student Athlete Advisory Committee, will soon earn a degree in Biomedical Engineering and has a job opportunity lined up with KPMG – one of the big four consulting firms.

But his accomplishments do not compare to the lessons that he has learned off the trail.

“Vanderbilt has been a humbling challenge,” Van Geffen said. “I have realized academics is not my full identity. This University has taught me that if I can make an impact and help others, then I am living the right way.”

Van Geffen looks forward to getting back on the trail with his team Sept. 19 in Nashville.