The Commodores are scheduled to begin the campaign, their third under head coach Jerry Stackhouse, on Nov. 10 at Memorial Gymnasium against Alabama State. Tip off times and the conference slate will be announced at a later date.

“We are excited about the challenges and opportunities we put together in our nonconference schedule,” Stackhouse said. “We are pleased with the balance of proven programs, challenging road venues and tournament play that we believe will prepare our program for SEC play.

“Our student-athletes will cherish the unique opportunity to play in paradise at the Diamond Head Classic. We are excited about this year’s team and I know our fans will enjoy watching us grow and compete as we create some of our own Memorial Magic this season.”

Here’s more about Vandy’s opponents this season outside of SEC competition:

Alabama State will play the Commodores for the first time Nov. 10 – the season opener for Vanderbilt. Vandy has won both season openers under Coach Stackhouse and four in a row overall, as well as 14 straight home openers.

The Hornets are led by former NBA star Mo Williams.

Texas State won 18 games last season and finished first in the Sun Belt Conference’s West Division after claiming 21 victories during the 2019-20 campaign. The Bobcats will make their first trip to Nashville on Nov. 14.

Vandy and VCU have played just twice before with the Dores winning in 1986 in Hawaii and in 2008 in Cancun, Mexico. A.J. Ogilvy led four Commodores in double figures with 25 points in that latter matchup.

The 2021 Big South champions will be under the direction of first-year head coach Mark Prosser. The Eagles went an impressive 23-2 last season with one of those two losses to Villanova in the first round of the NCAA Tournament. In 2019-20, Winthrop went 24-10 and lost in the Big South Tournament championship.

Vanderbilt beat Winthrop 92-79 in 2018 in the only previous meeting.

The Commodores and Panthers have played just twice before and Vandy won the last meeting, a 1988 NCAA Tournament game in Lincoln, Nebraska. Barry Goheen made the game-tying 3 as time expired and Vanderbilt prevailed in overtime.

This will be Vanderbilt’s first trip to the Steel City since 1935 and first true road game against an ACC opponent since Dec. 20, 2014 at Georgia Tech.

Vanderbilt and Mississippi Valley State will meet for the second season in a row when the Delta Devils visit Memorial Gymnasium on Nov. 29.

Mississippi Valley State head coached Lindsey Hunter and Stackhouse were NBA teammates with the Detroit Pistons from 1997-2000. On Dec. 13, Tyrin Lawrence scored 14 points and Scotty Pippen had 11 points and six assists in an 84-41 Vandy win.

A challenging road test awaits the first Saturday in December when the Commodores head to Dallas to face Southern Methodist. 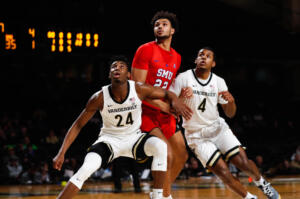 SMU played just 17 games last season but qualified for the National Invitational Tournament where it lost in the first round by a point to Boise State. A season prior the Mustangs went 19-11 and over their past 25 home games they’ve gone 21-4.

Vanderbilt has faced SMU 21 times before and as recently as Jan. 4, 2020 in Memorial Gymnasium. The Commodores had won the five previous matchups before that 92-81 overtime defeat and are 14-7 against SMU since 1953.

It’s been nearly 30 years since Temple and Vanderbilt met in an NCAA Tournament game in 1993 in Seattle. The Owls will be making their first trek to Nashville in December.

On Dec. 7 head coach Aaron McKie will bring a squad that has a three-year NET average of 74. The Owls are just a couple seasons removed from going 23-10 and appearing in the NCAA Tournament.

Vanderbilt has faced Loyola of Chicago four previous times and will meet again when the Ramblers come to town Dec. 10 in Nashville. 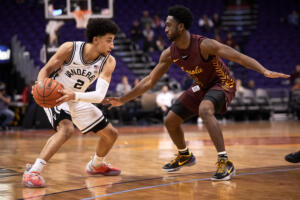 Loyola was 26-5 last season and advanced to the Sweet 16 in the NCAA Tournament where they upset No. 1 seed Illinois. In 2018, the Ramblers took the college basketball world by storm by going 32-6 and making the Final Four.

First-year head coach Drew Valentine brings in a squad that has a three-year net average of 78.

Vanderbilt and Loyola last squared off in 2019.

The Governors will take the short trip down the road from Clarksville to resume a series that dates to 1937.

The Commodores will head to the Aloha State for the Diamond Head Classic from Dec. 22-25.

All matchups will be televised live on the ESPN family of networks. 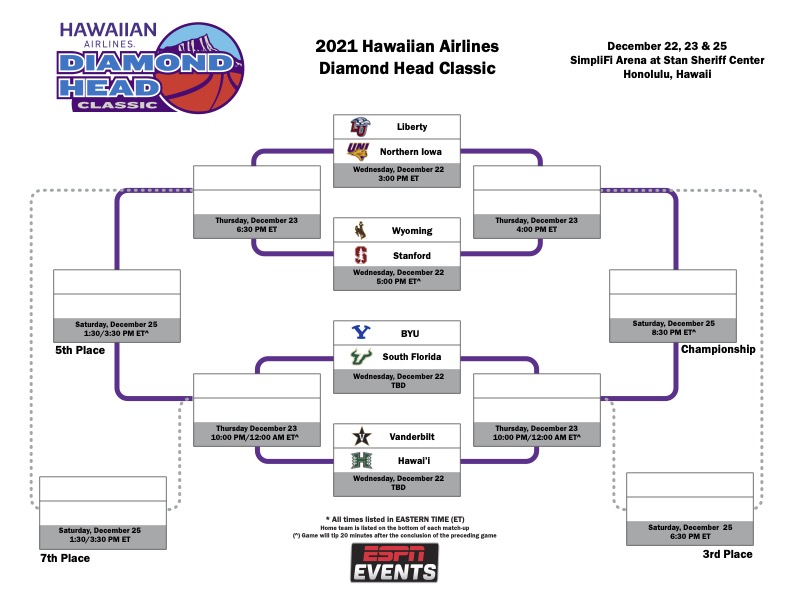 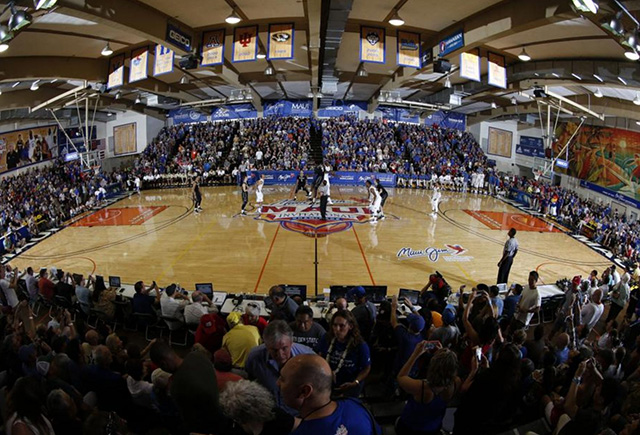