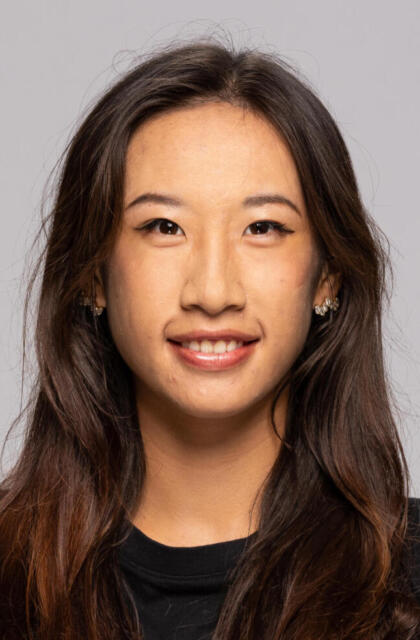 As a Senior at Boston College (2020-21)
• Named to All-ACC Third Team for the second time in her career
• Also earned a spot on the All-ACC Academic Team
• Served as a team captain
• Finished the season with an overall singles record of 4-11
• Faced seven opponents ranked in the top-20 nationally in singles
• Posted a 5-10 record in doubles play
• Closed out the year ranked 58th nationally in doubles with Kylie Wilcox
• Cruised past Florida State’s No. 29 Emmanuelle Salas and Victoria Allen 6-2

As a Junior at Boston College (2019-20)
• Went 12-12 overall in singles and 2-3 in the ACC at first singles
• Closed the year ranked 79th nationally in singles
• Defeated No. 30 Natasha Subhash of Virginia in a third set tiebreaker
• Beat Cameron Corse of Notre Dame in straight sets in her final match of the spring season
• Became just the second Eagle in school history to compete in the main draw of the ITA Women’s All-American Championships
• Fell to No. 17 Anna Turati of Texas in the first round and took No. 20 Asuka Kawai of Illinois to a third set in the consolation draw
• Went 2-1 at the ITA Northeast Regional Championships
• Posted a 12-8 doubles record with a 2-3 mark in ACC play
• Finished the season ranked 38th nationally in doubles with Kylie Wilcox
• Knocked off Yale’s ITA Fall All-American Doubles Champions Sam Martinelli and Jessie Gong 6-2 with Wilcox
• Also beat No. 33 Martinelli in first singles in the team’s win at Yale
• Cruised past No. 59 Amber O’Dell and Chloe Gullickson of Virginia 6-1
• Beat Miranda Ramirez and Guzal Yusupova of Syracuse 6-4 on the road
• The duo made the Round of 16 at the ITA Regional Championships
• Went 2-0 against Brown and Harvard at the Harvard Fall Classic

As a Sophomore at Boston College (2018-19)
• Named to the All-ACC Third Team in her first season at Boston College
• Went 13-13 overall and 4-9 in ACC play, playing No. 1 singles for most of the season
• Won seven singles matches in a row to begin the spring season
• Beat the highest-ranked opponent in school history when she upset No. 2 Makenna Jones of UNC on Feb. 22, 2019
• Earned a straight set victory in No. 1 singles during her ACC Championship debut against Louisville
• Finished the year ranked No. 78 nationally and No. 2 in the Northeast
• Went 10-13 overall in doubles, playing in the No. 1 and 2 slots
• Won ACC doubles matches against Virginia, Georgia Tech and Miami
• Made the Round of 16 at the ITA Northeast Regional Championships with Laura Lopez

As a Freshman at Iowa (2017-18)
• Posted a 12-2 singles record, including a 4-1 mark from the No. 1 position, and a 7-4 doubles record
• Was ranked as high as No. 41 in the ITA national doubles rankings
• Beat No. 109 ranked singles opponent from Washington State and No. 92 ranked opponent from Illinois, both at the No. 3 position
• Defeated the No. 36 ranked doubles team from North Texas
• Registered a 7-4 singles record and 5-3 doubles record in the fall