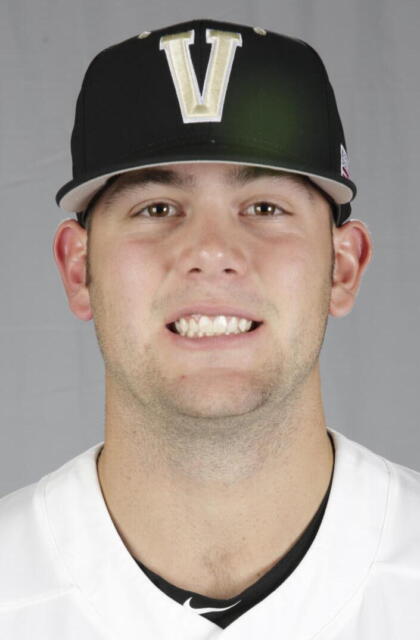 Coach Corbin Quote: Reid will be rehabilitating his arm in his first year, but that will not keep him from making an impact in our program. In just a short time, he has shown examples of his physical and mental toughness during the course of the fall. Although he never threw a pitch, it’s easy to see why this young man belongs in our program… his future will be bright.

2017 – Expected to miss 2017 season while recovering from elbow surgery.

Academics – Schaller is undecided on a major.

Personl – Roland Reid Schaller… Born 4/2/97 in Indianapolis, Ind…. Son of Matt and Heather Schaller… Has one older brother, Mason… Favorites include: Jake Arrieta (player), Chicago Cubs (team), Rickie Fowler (non-baseball player), Step Brothers (movie), Family Guy and The Office (TV shows), Mark Wahlberg (actor), salmon (meal), Chris Stapleton and Justin Timberlake (musicians), Oreos (late night snack)… Lists Mark Wahlberg as the actor to play him in a movie… Uses determined as the one word to describe himself… Roommates with Alex Brewer… Says winning sectionals in 2014 as his most memorable athletic moment… Chose Vanderbilt “because I knew it would be a good fit for me.”