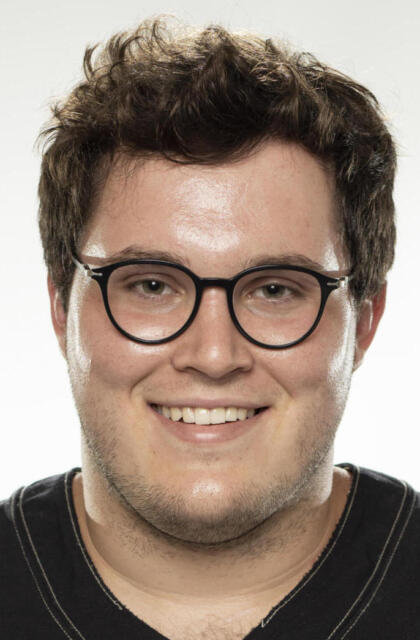 As a Fifth-Year Senior (2020)
• During fall camp, made the transition from defensive line to offensive line
• For the season finale against Tennessee, shifted back to the defensive line
• Played in seven games and started five, all at right guard
• Missed contests at Mississippi State and Kentucky
• Started against No. 10/11 Texas A&M, No. 20/17 LSU, South Carolina, Ole Miss and Missouri
• Finished with three tackles, all against the Volunteers
• Part of an offensive line that provided pass protection for the Commodores to rank 31st nationally in completion percentage (63.8)
• Worked with an offense that increased its total offensive yards per game, passing yards per game, passing yards per completion, passing yards per attempt and third-down conversion percentage from 2019 to 2020
• Provided pass protection for Ken Seals, who set the Vanderbilt freshman record with 1,928 passing yards
• Blocked for a trio of Seals’ 300-yard passing games, the third most in a Commodore career

As a Senior (2019)
• Started all 12 games at defensive tackle
• 21 tackles (7 solo), including 1.0 tackle for loss
• Multiple stops in seven games
• Season-high four tackles at Ole Miss
• Tackle for loss came in win versus No. 21 Missouri