When Ray Morrison ended his career in 1911, Coach McGugin called him “the best I ever saw.”

More than two decades later, a panel of local sportswriters tabbed Morrison as the ‘Dores’ top QB through its first 50 years.

An All-America in 1911, the slightly-built Morrison was a talented player and leader. In two years as a starter, Morrison guided the team to a 16-1-1 – the lone loss coming at powerful Michigan 9-8. 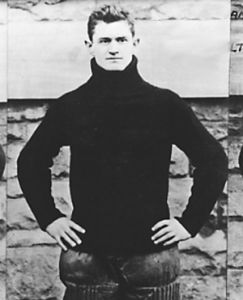 He later became a great coach, serving 34 seasons at the collegiate level.

While McGugin served in the military during 1918, he was the team’s interim coach. When McGugin retired in 1934, Morrison was his handpicked successor.

He was inducted into the College Football Hall of Fame in 1954.