Nesmith to the Next Level

At the time it was news that was a bit overshadowed. The guard from South Carolina joined fellow Commodores and former five-star recruits Darius Garland and Simisola Shittu as part of the recruiting class headed to Nashville while also coming from a state that produced basketball phenom Zion Williamson in the same year.

Even though Nesmith’s prep credentials were just as eye-popping as some of his peers (he was the South Carolina Independent School Association 3A Player of the Year three times, after all), it seemed as if he was a forgotten part of the future of Vanderbilt basketball.

“He’s one of those kids that works his butt off. You’re not going to outwork him,” Vanderbilt head coach Jerry Stackhouse said of the Vandy star. “He’s going to stay in the gym as long as you want him to. And even after you want him to leave he’s still going to stay a little bit longer.”

Nesmith’s mindset and motivation has put him in position to be drafted during the first round of the 2020 NBA Draft starting at 7 p.m. CT Wednesday on ESPN. The 6-foot-6, 215-pound guard is widely considered to be one of the top shooters in the Draft and franchises haven’t been deterred by a foot injury that cut his sophomore season short in January.

A big reason for that is Nesmith’s continuing his incomparable work ethic since the setback and during the subsequent decision to leave Vanderbilt to pursue his professional dreams.

“Ever since the season ended I just sort of changed my mindset and started looking at basketball a different way, just getting to do what I love every single day,” Nesmith said. “I’ve just been making the most of it, working out as much as I can, trying to learn as much as I can.

“Really taking this time to work on my weaknesses and make them strengths.” 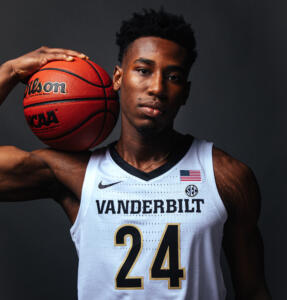 Nesmith graduated from the Porter-Gaud School in Charleston, South Carolina, and showed glimpses of being an impact player as a true freshman during the 2018-19 campaign. He scored at least 20 points in five games and shot a modest 39 percent from the field.

When Vanderbilt made a coaching change in 2019, and as Garland and Shittu departed for the NBA, Nesmith tucked under Stackhouse’s wing knowing he had a new coach and mentor to push him to the next level.

The results, at times, became astounding.

“Having coach Stackhouse – he was an 18-year NBA veteran from my position, a scoring machine and did everything that I want to do in the league. It was great having this one year to learn from him,” Nesmith said. “The minute he stepped on campus he treated me as a professional and held me to that standard. It was very beneficial to my growth as a basketball person – not only on the floor but off the floor.

“He taught how me how to carry myself and how to approach the game from an every-day mindset, every-second mindset. It was just very beneficial to the growth of my game as a whole.” 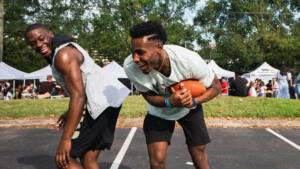 From the moment Nesmith stepped on the floor in November of 2019 he was a different player. He poured in at least 14 points in every game he played and set a career high with 34 in a game at Richmond.

Vandy’s offense now worked through the deadly shooter as he made 60 of the 115 3s he threw up (52.2 percent) and shot 51.2 percent from the floor overall. At the time of his injury (Jan. 8 at Auburn) Nesmith was fifth nationally in scoring with 23 points per game, second in 3s made and led the country in 3-point percentage and 3s per game.

And Stackhouse noted how his star player became more astute in his film study and started to understand coaching and critiquing that much better while accepting his defensive flaws.

“I’ve talked to a number of teams, and everybody is so impressed with who he is as a person. His interviews have been going extremely well,” Stackhouse said. “Then on top of the fact that a lot of teams do feel that he is the best shooter, my thing is to make sure they understand he’s more than just a shooter. I think the future’s extremely bright for him.”

Nesmith plans to be home with his family Wednesday and will watch everything unfold with one of his most-important influences – father Benard Nesmith. Aaron Nesmith credits his dad for instilling in him his work ethic and teaching him so many life lessons off the court. 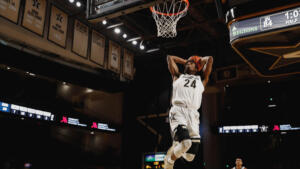 So from that home in the Lowcountry he’ll next head to his new home, wherever that may be. It’s a place that will quickly learn what type of special talent is now part of their community.