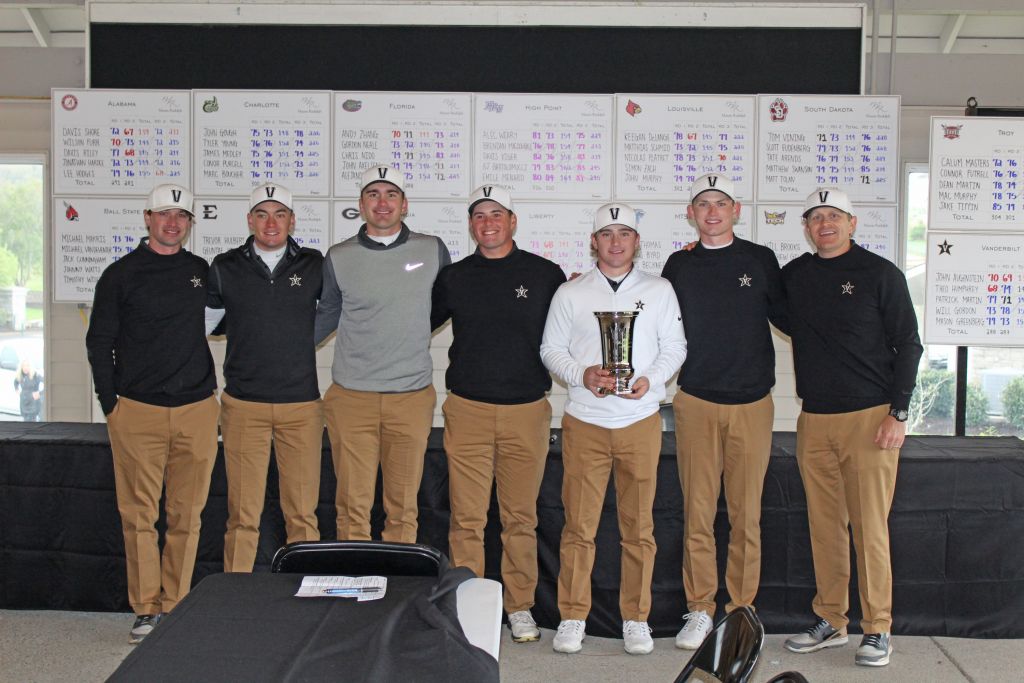 FRANKLIN, Tenn. – The fourth-ranked Vanderbilt men’s golf team won their fourth tournament in their last five events after the Commodores stormed from behind to win their own Mason Rudolph Championship by three shots over Alabama with a final 54-hole total of 853 (288-287-278). Vanderbilt, who trailed second-round leader Liberty by five shots heading into play on Sunday, also claimed the individual title when John Augenstein won his first collegiate tournament championship with a final score of 206 (70-69-67), five shots better than runner-up Davis Shore of Alabama.

The Commodores raced off to a fast start on the final day of play at the Vanderbilt Legends Club in cold and blustery conditions Sunday with a combined nine birdies on their first nine holes, which quickly erased the Flames’ team lead and shot Vanderbilt up the team leader board into first at the turn. Vanderbilt posted 11 more birdies on the back nine, including six from Augenstein, to come away with the three-shot victory.

Augenstein was stellar to close out his first collegiate victory, which is Vanderbilt’s third different individual to claim a title this season, joining junior Will Gordon, who won the East Lake Cup individual title, and senior Theo Humphrey, who claimed medalist honors at the Schenkel Invitational in the Commodores’ last event in Statesboro, Ga. Augenstein led the field in par-five scoring (4.17 average, -10), tied for the tournament lead in par-four scoring (4.04, +1), paced the field in birdies with 17, and posted a tournament-best three eagles. 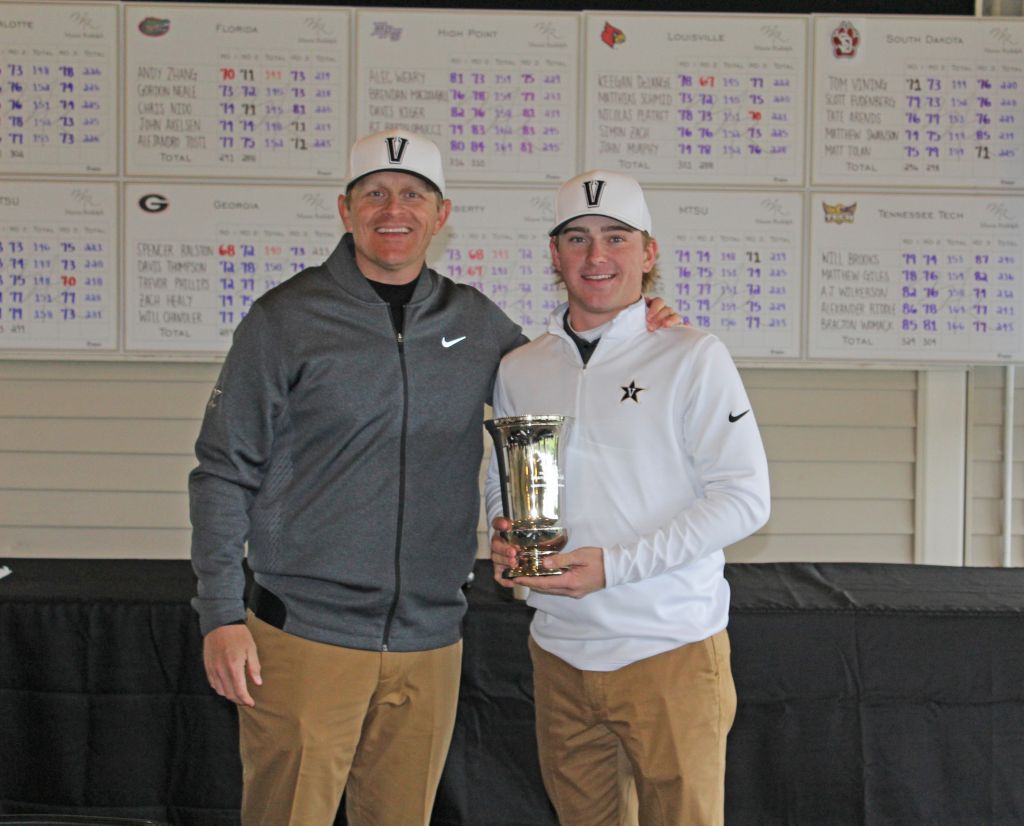 “I am really pleased with how the guys battled today,” said Vanderbilt head coach Scott Limbaugh, who captured his fourth team Mason Rudolph Championship title Sunday. “Our goal was to come out and play with more passion than we did on Friday and have some fun. We don’t get many opportunities to play in front of all our fans and on our home golf course so that’s something to enjoy. The conditions were tough today and I thought the guys responded well to it. All we wanted to do was focus on us and taking the right step today and fortunately we did that and it was good enough to get the team win. John played just an unbelievable round of golf today and really handled his emotions well. I am so very proud of him, he was excited to play this week and it showed. And really today was a total team effort with all five guys showing the kind of competitive character we want to be about.”

All five Commodores’ scores were counted on Sunday, with Augenstein’s final-round 67 leading the way. Junior Will Gordon carded a 69, senior Theo Humphrey 70, and junior Patrick Martin and redshirt freshman Mason Greenberg each shot a 72.

“This was our final regular season tournament and the next time we play it will be championship season,” said Limbaugh. “I told the guys this was a good week and we need to enjoy it, but we have to continue to do some things better in this next phase of our season if we want to be the best team we can be. Everyone has an understanding of what they need to do, players and coaches, and that’s what we will be focused on prior to heading to the SEC Championship.”

The Commodores will head to the SEC Championship in Sea Island, Ga., as the number one seed in the tournament, with competition beginning on April 25 with 54 holes of stroke play lasting until April 27. The top eight teams will advance to match play beginning on April 28.