NASHVILLE, Tenn. — Despite the circumstances, amidst the serious threat of the global pandemic of COVID-19, this week still presents the chance for an array of memorable moments for professional football hopefuls everywhere.

Add Vanderbilt running back Ke’Shawn Vaughn to that list.

Like several of his teammates, Vaughn knows the next major chapter in his career is a turn of the page away.

“I woke up (Monday) morning thinking, ‘Wow, the Draft is this week.’ A whole lot of lives are going to change this week,” Vaughn said. “To finally get to know I’m living that is the best thing.”

The 2020 NFL Draft is scheduled to begin at 7 p.m. CT Thursday and run through Saturday. The event will feature seven rounds of selections done virtually and broadcast live on ABC, ESPN and the NFL Network.

Vaughn, Kalija Lipscomb and Jared Pinkney are three of Vanderbilt’s highest-rated prospects in the 2020 draft class and all three could become the latest in a long and growing line of former Commodores playing in the NFL.

FROM MOBILE TO NOW

Lipscomb, Pinkney and Vaughn were all at the 2020 Senior Bowl in Mobile, Alabama, in January. Then after the trio participated in the NFL Scouting Combine in February, the seriousness of the dangers of COVID-19 drastically altered the American football calendar.

It meant the cancellation of campus pro days and an end to individual, in-person workouts for prospects in front of coaches and general managers.

“It was unfortunate because I know pro day is a tool a lot of people who don’t get to go to the combine use and we have some guys that are trying to get noticed by teams,” Lipscomb said. “For me, I was blessed enough to be able to attend the combine and the Senior Bowl. I feel like I was able to get in front of all 32 teams, at least two to three times by that point, so it probably wasn’t as detrimental to me as it might have been to others.”

A wide receiver from New Orleans who had nearly 200 career receptions for 2,356 yards and 22 touchdowns at Vandy, Lipscomb (6-foot, 207) was also fortunate enough to be involved with former Alabama quarterback Tua Tagovailoa’s virtual pro day held recently in Williamson County.

Pinkney, a tight end from Norcross, Georgia, had been training in Tampa, Florida, since the combine before returning to his home in Georgia this week. He admitted not being able to participate in Vanderbilt’s annual pro day or work out personally for scouts has been frustrating, but also knows most NFL franchises have most of the information they need by now to make an informed decision.

His recent interactions with clubs have been focused on the mental aspect of the game.

“Mainly it’s more about my ability to retain information and all that so we’ll go through a couple plays and maybe watch some film from (2019) and then they’ll ask me what the play was,” Pinkney said. “They know what they like and want they don’t like so there’s not a lot of feedback from that standpoint – unless I ask them and then they’ll tell me.”

PREPARED FOR THE MOMENT

In the winter of 2017, Vaughn made the decision to transfer from Illinois to Vanderbilt. The Pearl-Cohn High School product sat out that season, then rushed for 2,272 yards (averaging 6.4 yards per carry) and scored 21 touchdowns his final two campaigns with the Commodores.

He recognized that Vanderbilt developed him in ways he didn’t quite expect.

“Vandy helped me get prepared with more off-the-field stuff that kind of requires more mental thinking than anything,” he said. “It’s something that I needed to work on that I’m able to now look back on and see how I was able to pick up on how to interact with people – the off-the-field stuff, the little, small details that matters to teammates and classmates.”

The academic rigors of Vanderbilt combined with the daunting task of competing in the Southeastern Conference week-in and week-out is viewed as a positive for Vandy’s pro hopefuls. Pinkney made the point of how so many of his former teammates have gotten their NFL opportunities and made them, “stick,” because of the foundation that had been laid on West End.

“We play against the best competition – there’s three conferences: the AFC, NFC and SEC,” Lipscomb said. “But I think the academics at Vandy and just being in that situation where you have to hold a certain standard outside of football just to even be eligible – I think by having that on your plate for a long time, once that gets removed, now all you’re really doing is football and you can dedicate all your time and effort toward that.

“The situation we had in college where we were only able to dedicate a part of our time to football, it becomes more manageable to tackle (at the next level).” 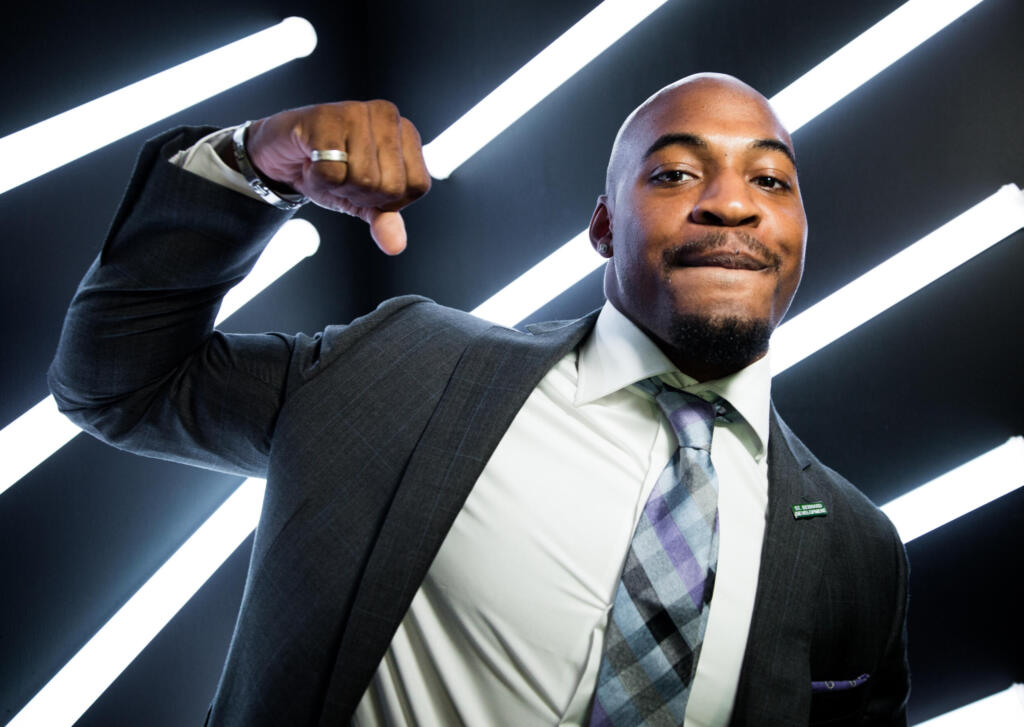 Vaughn (5-10, 214), whose son turns seven-months-old this week, has been working out at home and even getting some solo exercises in at local parks in Nashville. The star of the 2018 Texas Bowl (243 yards and two touchdowns on 13 carries) said he’d been speaking with Blasingame, Burks and Skule – among others – about what to expect through the draft process.

He also said he’s ready to fight for a roster spot no matter what it takes.

“I’ve been getting good feedback,” he said. “(Organizations) mostly let me know what role I’d come in and play depending on the team. A lot of teams are indicating roles on special teams, which I’m very comfortable playing as well. I’m really ready to go in and take on whatever role is given to me.” 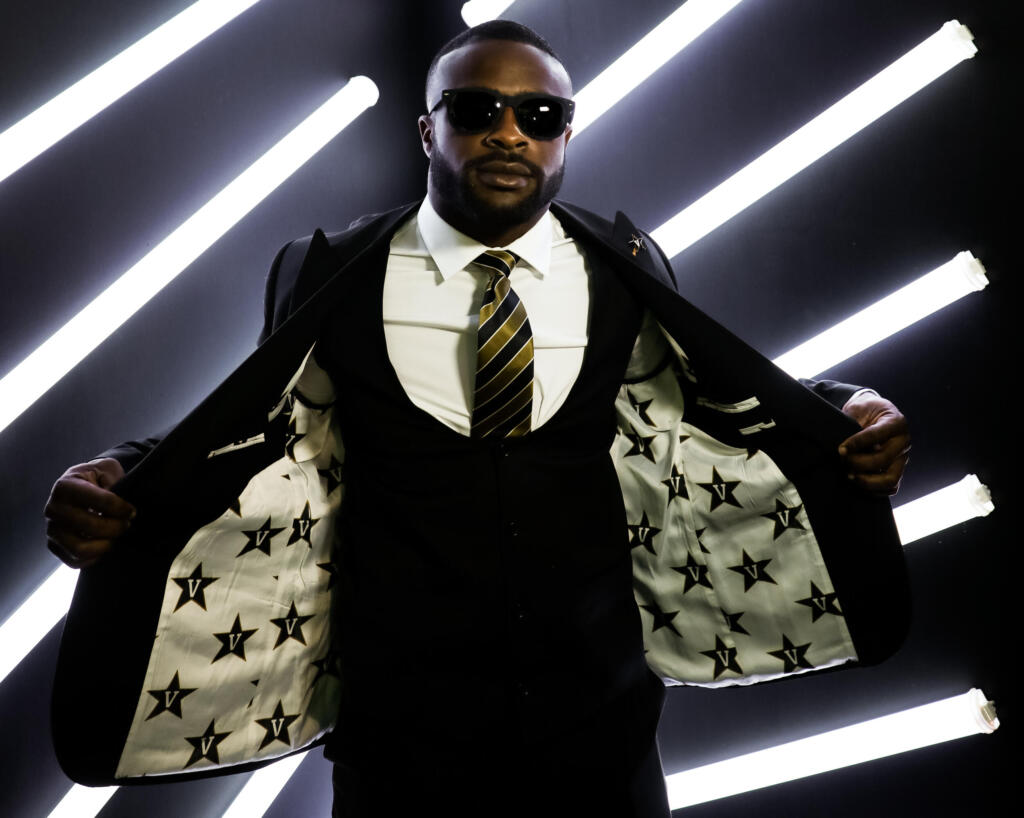 Lipscomb, who had three 100-yard receiving games as a Commodore, has been speaking with franchises about scheme and fit. He’s also been asked whether he’ll be comfortable returning kickoffs and punts.

In between those conversations he has taken time to let reality sink in.

An All-SEC selection as a junior, Pinkney played in 50 games for the Commodores and hauled in 114 catches for more than 1,500 yards during his career. The 6-foot-4, 257-pound tight end said he has been leaning on his former college roommate (Blasingame) for advice through these uncertain times.

But now is the time to consider the future – and to make the most of one’s opportunity.

“Just getting there has never been the goal,” he said. “It’s never been about just getting drafted. I don’t feel like I’ve accomplished anything yet – it’s just another step.” 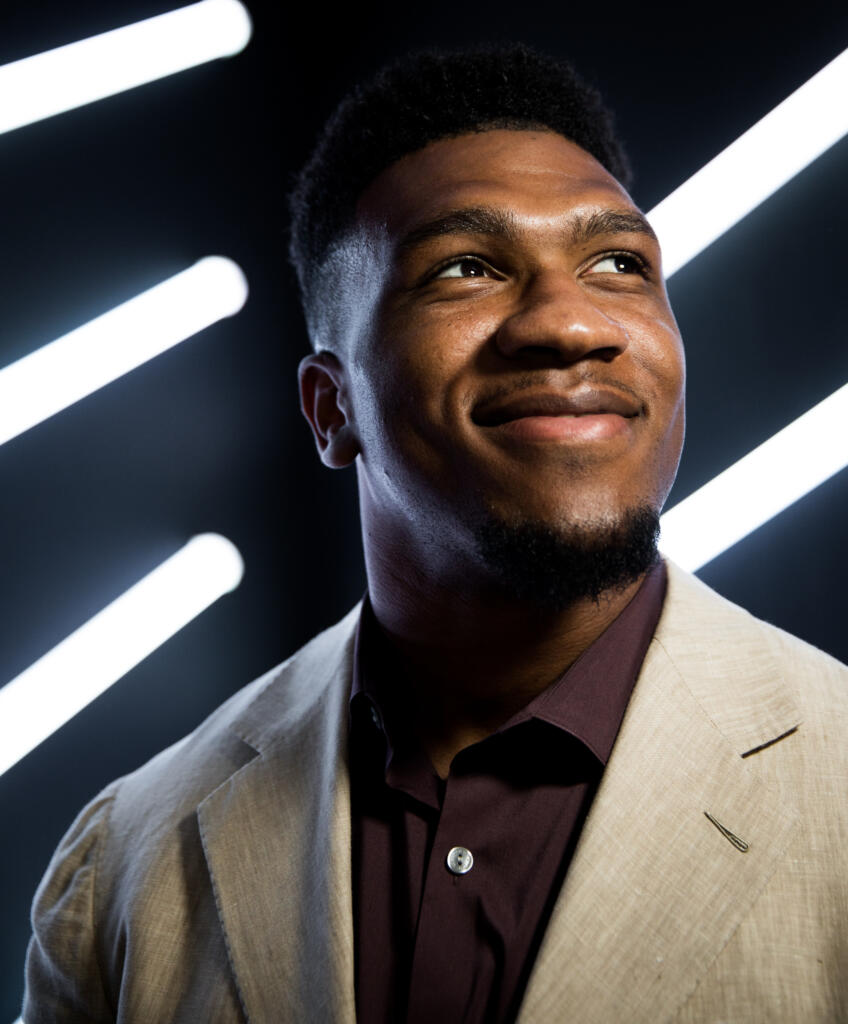 Lipscomb, Pinkney and Vaughn aren’t the only former Commodores with NFL dreams. Quarterback Riley Neal, linebacker Caleb Peart, cornerback Cam Watkins, offensive lineman Saige Young and kicker Ryley Guay will all be watching to see if their names get called.

Neal threw for 1,585 yards and nine touchdown passes in his one and only season with the Commodores after a successful career at Ball State. Young started 10 games for Vandy in 2019 at left guard after playing both sides of center in 2018 at the guard spot.

Peart made 29 tackles as a senior to go along with a sack. Watkins, a graduate transfer from Illinois, made 23 stops and broke up two passes.

Guay was 9 of 11 on field goal attempts in 2019 and made all 66 of his point-after tries during his career.

• Nine former Commodores have been selected in the first round, including quarterback Bill Wade (No. 1 overall, 1952) and offensive lineman Chris Williams, who as the 14th pick by the Chicago Bears in 2008 is the most recent first-round draftee.

• Wade is Vanderbilt’s only No. 1 overall pick, selected by the Los Angeles Rams in 1952. More than a decade later, Wade guided the Chicago Bears to the 1963 NFL championship.

• Since the draft was reduced to its current seven-round format in 1994, the most Vanderbilt players selected came in 2001 when four Commodores were taken: linebackers Jamie Winborn (second round) and Matt Stewart (fourth round), kicker John Markham (fifth round) and defensive back Jimmy Williams (sixth round).

• In 2019, Williams was selected 45th overall (second round) by the New England Patriots and Skule was taken in the sixth round (183rd overall) by the San Francisco 49ers.