Laning for the Future

“I was not planning on running at all in college,” he said. “At the end of my junior year (of high school), the (University of Illinois) coach was the first coach to contact me. I was like, ‘Oh, maybe am I fast enough to run in college.’ I really hadn’t even considered it before.

“Then throughout that summer I started talking to some other coaches and went from there.”

One of those coaches was Steve Keith, the head coach of the Vanderbilt cross country team. His recruitment of Laning to West End may have changed the trajectory of the Commodores as a program and of Laning as a runner.

On Friday morning, Laning and Vanderbilt will hit the course in Tallahassee, Florida, in the NCAA South Regional Championship. And the sophomore from Illinois will lead the pack.

“I just try to stay relaxed,” Laning said. “I obviously envision the race a little bit, but mostly try stay relaxed and stay calm and just go out there and do it.”

FROM THE PITCH TO THE COURSE

Growing up in Barrington, Illinois, about an hour northwest of Chicago, Laning was a soccer player. He spent the majority of his time competing for traveling youth teams all the way up until his eighth-grade year of school.

But by then he yearned for something different. He said his brother was a cross country runner so he thought he’d give that a try himself.

“I was pretty good starting off, but I wasn’t anything special I’d say,” Laning said. “I definitely had some natural talent to work with.”

Laning slowly began to make a name for himself as one of his team’s top runners. As a senior he ran a personal best 14:38 in the state championship 3-mile race and finished ninth overall. He also won the Mid-Suburban League, Palatine Regional and Hoffman Estates Sectional individual titles that season.

Still, when it came time to choose where to go to college, there wasn’t any scholarship money to be had. Purdue, Cornell and Pennsylvania were all in contact and Laning said he even considered enlisting in the Army at West Point.

Then he heard from Vanderbilt.

“The team here is just amazing. It set itself apart,” Laning said. “Even on my visit, the day I was here, it was incredible. I could tell it was amazing culture and something I really wanted to be a part of.”

ENGINEERING FOR THE WORLD

Laning, like most of his teammates, study engineering – and specifically for Laning, civil engineering.

“I just really like the outdoors and love nature,” Laning said. “I really want to do something positive to impact the environment. I can do that with civil engineering.”

Laning worked with Vanderbilt professor Dr. Janey Camp on a research project this past spring. That project sought to provide alternatives for flood mitigation not typically employed to reduce the need for disaster response and assist in transportation planning during extreme flood conditions.

“(Laning) dove in and surpassed expectations this summer, especially for a freshman,” Camp said. “He was quick to learn GIS and get up to speed on the data and analysis, worked independently, came up with his own ideas and took personal ownership of the projects that he has been involved in.” 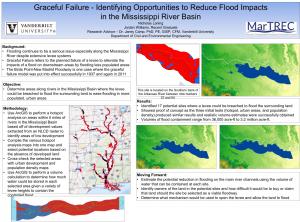 GROWTH ON AND OFF THE COURSE

The adjustment for Laning from high school to college was, as expected, difficult. But Keith watched as his young star made huge strides between his first fall on campus and his first spring.

“That kind of opened our eyes to what we might be able to do this fall. Each season builds on itself,” Keith said. “I think it’s just getting used to our training. The whole idea about anything is just progression.

“He had the best credentials from high school coming in that we’ve had. So I was curious to see how that translated and how quickly that could have an impact and be relative within the SEC.”

This season Laning finished second at the Belmont Opener, fifth at Pre-Nationals and 12th at the SEC Championships. He’s also led the Commodores in every meet he’s competed in this fall.

Laning is also just the second Vanderbilt men’s cross country runner to be named All-SEC and the first to earn that honor since 1966.

“I think it’s just getting settled into Vanderbilt and having everything click. With running nothing happens instantaneously,” Laning said. “That full first semester and then that second semester I really started to see the dividends of good coaching and having a great team to work with. It all paid off.”

Laning said he tries to make himself aware of the moment during the race. He notes the moves of his competition and his teammates in order to craft his own strategy.

At the end of the race it comes down to, “trying to dig deep and finding whatever you have left to put it all out there.”

Friday’s 10K event is scheduled to begin at 8:30 a.m. CT at the Apalachee Regional Park. Laning said certainly he’ll feel the pressure to perform – and that most of that pressure comes from within.

But he’ll try to always revert to some old guidance he received years ago, back before he ever imagined he’d even have this sort of opportunity.

“It just comes back to focusing on the basics and believing on the training. I have great coaches and a great team and everyone is supporting you,” Laning said. “Once you realize that you just got to go out there and do what you can and try your hardest. Then at the end of the day whatever happens happens, it just kind of relieves that pressure.