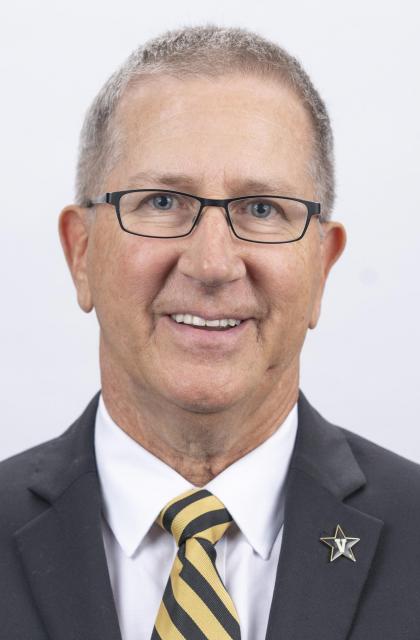 Since returning to his alma mater in a coaching role in 2006, Steve Keith has helped lead Vanderbilt into national prominence in both cross country and track and field.

Most recently, in 2019, Vanderbilt cross country boasted the second men’s All-SEC honoree in program history as well as two All-Region selections, an All-SEC Freshman and the men’s lowest point total at the SEC Championships since 1980. While in the most recent outdoor track and field season, the Commodores earned the first SEC pole vault title in program history as Kristen Denk earned first team All-America honors in 2019.

A three-time South Region Coach of the Year, Keith has guided the programs to unprecedented success, as evidenced by the Commodores’ back-to-back Top-15 showings in the USTFCCCA’s prestigious Program of the Year, the school’s first SEC cross country title and Vanderbilt’s first appearance at the NCAA Cross Country championships—which has now become a regular occurrence.

The Commodores earned a spot in the Program of the Year standings for the first time in school history at the end of the 2014-15 campaign, claiming a No. 15 national ranking. Vanderbilt then took it several steps further in 2015-16, moving up five spots and breaking into the Top 10—the Commodores were the second highest-ranked SEC women’s team on the list, behind only No. 2 Arkansas.

Keith earned his first regional and SEC Coach of the Year award in 2011 when he led the women’s cross country program to its first SEC title. Five Commodores finished in the top nine. Alexa Rogers (second), Liz Anderson (fourth) and Jordan White (seventh) captured First-Team All-SEC honors, while Louise Hannallah (eighth) and Kristen Smith (ninth) earned spots on the second team. Vanderbilt also placed three runners on the All-Freshmen team. The Commodores went on to finish second at the NCAA South Regional, earning the program’s first-ever trip to the NCAA Championships. Vanderbilt placed sixth in the nation at the Championships as Rogers finished 39th and became the program’s first All-American.

Vanderbilt had three NCAA First-Team All-American honorees during the 2017 track and field season, including pole vaulter Sarah Bell, triple jumper Simone Charley and 800-meter runner Courtney Clayton, who set a school record with a seventh-place finish of 2:04.02 in the NCAA final.

Keith’s teams have always excelled in the classroom as well. The Vanderbilt teams have made the USTFCCCA All-Academic teams list every year since Keith became head coach. In that time, Vanderbilt has also produced five recipients of a prestigious NCAA Postgraduate scholarship.

Vanderbilt opened its sparkling $31-million multipurpose indoor facility in 2013, and the ‘house that Keith built’ is the home venue for Vanderbilt’s indoor track team. The facility features the Mondo Super X 720 300-meter track. Only three other universities in the country had a track with that surface and Vanderbilt was the first with the Super X 720—one of the fastest surfaces for indoor and outdoor track competitions.

Keith was also instrumental to bringing the 2017 SEC Indoor Track and Field Championships to Vanderbilt for the first time in school history. From the first stages of planning to host the Championships, all the way to the execution of the event, Keith was involved in every facet. The event saw 19 facility records, four world-leading performances, one American record and two collegiate records all broken.

Prior to coaching in the SEC, Keith worked with distance runners at the University of Texas-El Paso, where he directed one of the nation’s leading distance teams. Coaching both men and women, Keith’s runners at UTEP included a pair of NCAA national individual champions and 22 All-America recipients. His top UTEP pupils included Svetlana Badrankova, Jim Svenoy, Carlos Suarez and Bashar Ibrahim.

Keith started his collegiate coaching career at Emory University, serving as distance coach from 1983-86. In his three years there, the men’s team qualified for NCAA D-III Cross Country Nationals each season, finishing 20th, 19th and 17th with two individual All-Americans.

Keith is a Vanderbilt alum and was a cross country letterwinner from 1977-81.