Before I begin talking about me, I would like to give a special shout out to my dear friend Adriel Bineza to whom I dedicated this entire season of my life to. Though he is no longer with us, his memory lives on through us and he will never be forgotten.

I have truly been blessed to have had a very well-rounded and unique experience here at Vanderbilt. After graduating from high school, I decided that I would retire from playing basketball just like my favorite player Kobe Bryant had done that year. However, I still wanted to be connected with the game in some way or another.

When spending time with my cousin, who played for the San Antonio Stars at the time, I discovered that her head coach had actually coached some of the incoming coaches and knew former Vanderbilt head coach Bryce Drew and former Vanderbilt assistant assistant coach Casey Shaw very well. Fortunately for me, the Stars’ coach was able to connect me with them and I knew coming onto campus that I would be a manager for the Vanderbilt basketball team. 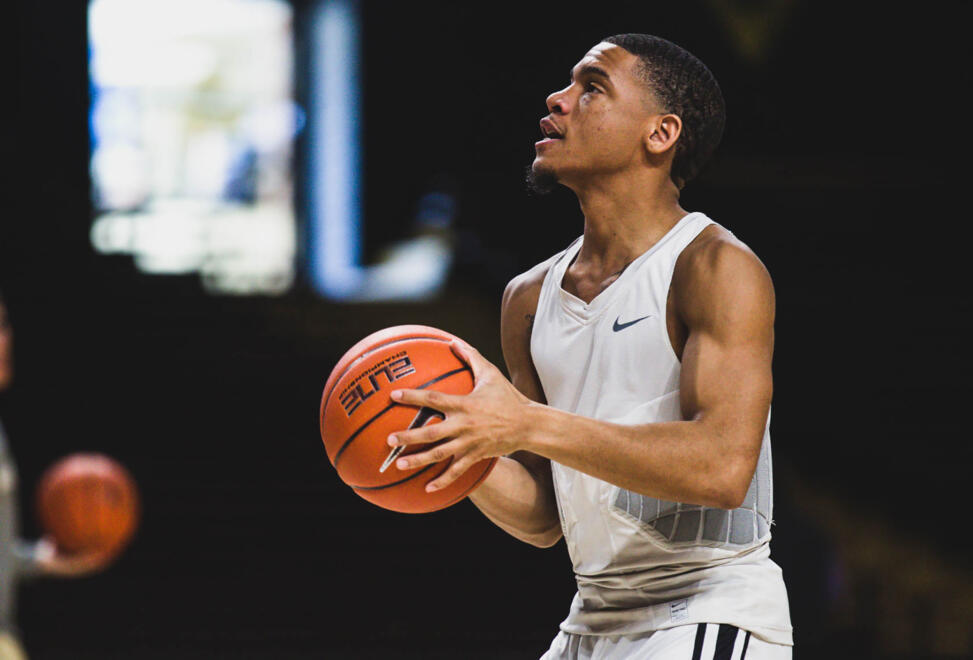 I have truly been blessed to have had a very well-rounded and unique experience here at Vanderbilt.

Freshman year was great. We had a solid team and hopes of making the tournament. To begin the season we had 11 players – but early into the season we lost a scholarship player and our only walk-on, leaving us with nine. Around that time, the opportunity came for me to walk-on the team, but in the end, both sides agreed that it would be best for me to maintain the position I was in.

This was indeed the best place for me at that time. I was working with the best managers in college basketball and was able to learn so much from them – like Zach Hamer, who was the head manager at the time and went on to work for the Lakers afterward and is now an assistant coach for Illinois.

He and the other managers taught me how to use the software that was being used throughout college basketball and NBA which is a skill I need for my future in basketball. They also taught me how to be a hard worker in things that I do not necessarily see the reward in.

As a manager, you do a lot of the behind the scenes work that don’t usually get noticed until it is not being done. Outside of practice, managers spend a lot of their free time doing laundry, cutting film and rebounding for players. Though it was tedious, I loved every bit of it. 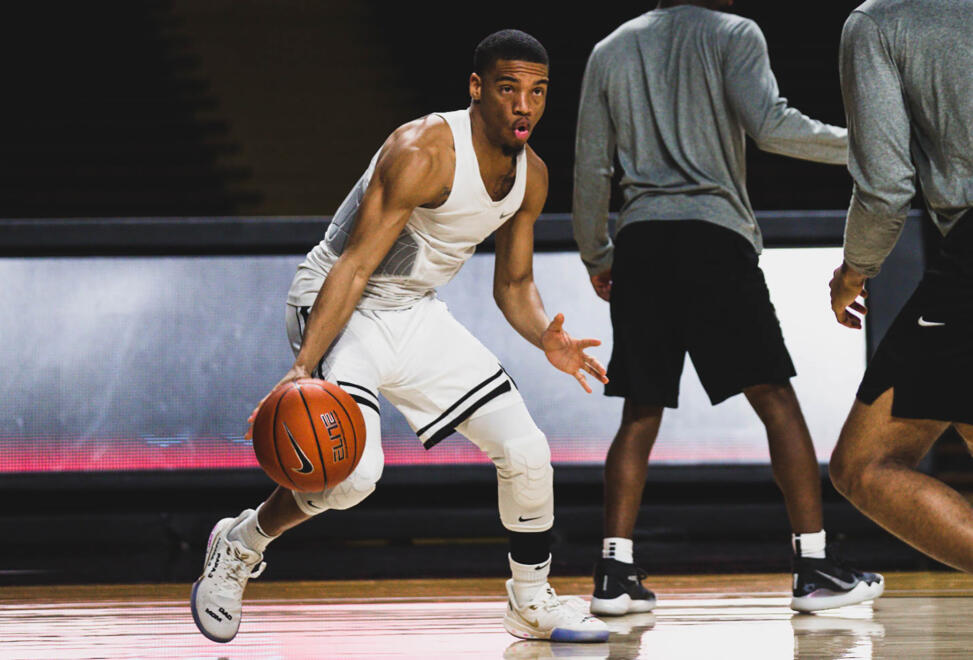 As a manager, you do a lot of the behind the scenes work that don’t usually get noticed until it is not being done.

I spent many of the late nights doing laundry while also in the gym getting shots up like I had done since I was a little kid. And rebounding for players just led me to build relationships with those guys and I still talk to most of that team today.

Coach Drew knew a lot of people in the basketball world so I got to meet a lot of cool people in that first year – including someone who held a front office position for the Chicago Bulls during the Michael Jordan era. He even let me hold the six championship rings that he had turned into a bracelet.

We ended up having a pretty good year in 2016-17 and won a lot of big games which enabled us to make it to March Madness.

My role sophomore year was similar to my role the year before, but I did more traveling with the team to away games. Coming into the season with the hope of picking up where we left off, the team came back focused, determined and excited to show the new talent that we had gotten in Saben Lee and Max Evans.

Unfortunately, this season did not go as planned. After battling an ankle injury for most of the season, Matthew Fisher-Davis – some would say the best player on that team – injured his shoulder causing him to be out for the rest of the season, only allowing him to play in 17 games. This was a tough loss for us, but coach Drew and his staff had done a great job of recruiting and we looked forward to the next year with the incoming freshman class of Darius Garland, Simi Shittu and Aaron Nesmith.

I decided to stay in Nashville that summer and help work camp and practice. It was cool just being able to do basketball for a little bit without any other worries. If I wasn’t in the gym rebounding, I was watching some of our players play in the Nashville Pro-Am or just hanging out.

When school started back up, we had high hopes for the year. My role was pretty much the same as it had been, but this year I traveled to all the games except the South Carolina game. Unfortunately, injury took us again and that year was more of a struggle than the year before.

I spent many hours with Saben, Aaron and Simi in the gym. When Vanderbilt made a coaching change a month or so before school let out, this gave me the opportunity to have more hands-on workouts with some of the players like Aaron and Simi. I really enjoyed being out there each day and helping them improve their game.

Once Vanderbilt head coach Jerry Stackhouse was hired, I decided that it would be in my best interest not to study abroad in South Africa that summer, but rather stay in Nashville again and help with the coaches with their transitioning. I really enjoyed building relationships with the new staff and new players, but working out with Aaron and D.J. each day was where I had fun. 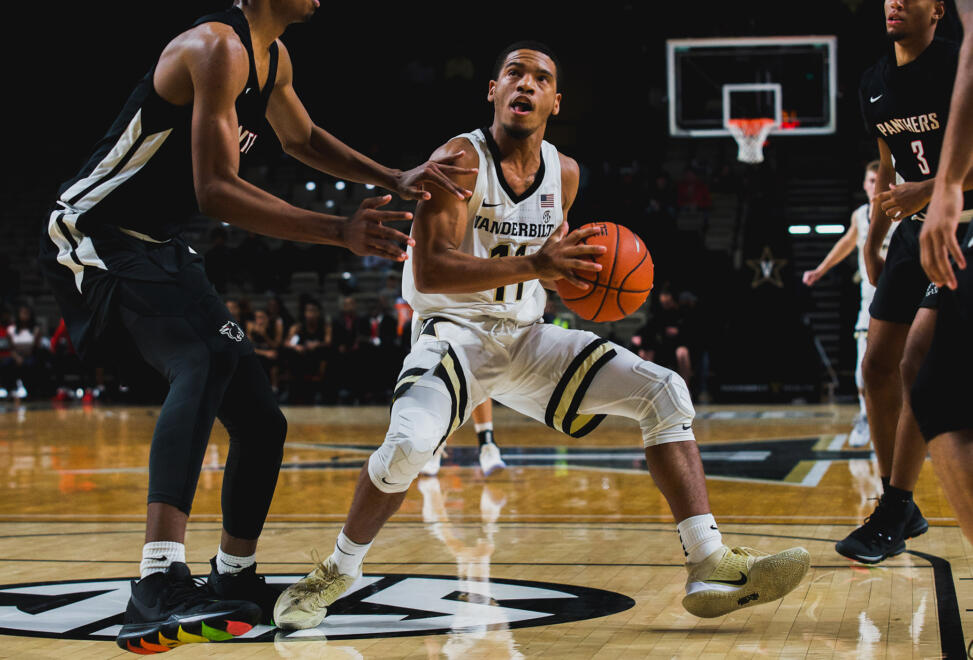 I really enjoyed building relationships with the new staff and new players, but working out with Aaron and D.J. each day was where I had fun.

I could tell from those workouts that we were in for a special year.

Earlier that spring, coach Shaw had nominated me to be on the manager staff for the inaugural season of the NCAA College Basketball Academy. Fortunately for me, I got the position and was able to spend a week in Phoenix, Arizona, with some of the top high school recruits. This was a very fun experience that I will never forget.

I had the opportunity to see personal trainer Ganon Baker work and learn from him. I was also able to learn from some great coaches, learning plays and defensive schemes. We had four college basketball players there working the camp so I took it upon myself to keep them in basketball shape.

Additionally, I was able to work out the players we had on staff. All of this was great, but my favorite part of the whole experience is working with Earl Watson every day. I learned a lot from him and he became a good friend of mine while there. He challenged me to get better and sometimes would have me lead the entire station. I continue to learn from him now and am thankful for his friendship.

Coming into this past school year, I was looking forward to having a very fun senior year and watching these guys make up for everything that happened the year before. But God had other plans.

After practice one day they were holding walk-on tryouts. I had no intention of participating or even being there until one of the coaches asked me to stay for them to help rebound and fill in a spot for 3-on-3. So I stayed and rebounded for the first part of the tryout and when it came time for the 3-on-3 I played in that.

Afterward a couple of coaches had made some remarks that maybe I should consider playing. I laughed them all off as just them saying something to someone they liked and didn’t think anything of it.

A couple of days later, coach Stackhouse came up to me before the beginning of the next practice asking why I wasn’t trying to play. I told him that I hadn’t played for real in a while and that I really wasn’t someone to join a team just for a jersey with no chance of playing. He told me that if he felt that way he wouldn’t have even brought it up. 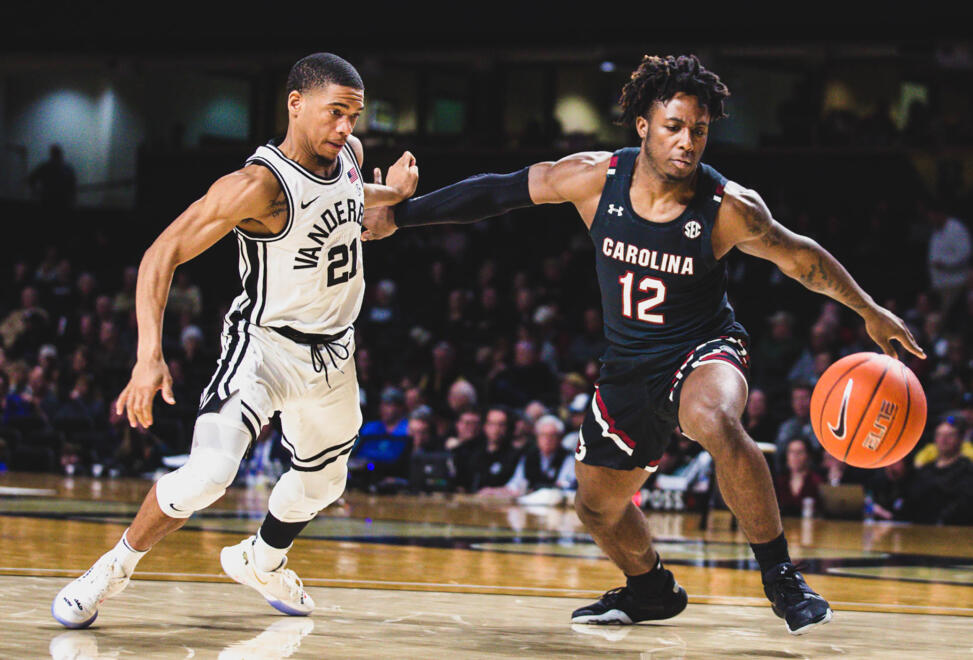 A couple of days later, Coach Stackhouse came up to me before the beginning of the next practice asking why I wasn’t trying to play. I told him that I hadn’t played for real in a while and that I really wasn’t someone to join a team just for a jersey with no chance of playing. He told me that if he felt that way he wouldn’t have even brought it up.

So I took a couple days, talked with my family, friends and people that were in my desired workforce and decided that I would become a walk-on for my last year at Vanderbilt.

This was truly a blessing for me in many ways. Being on the team forced me to be a more attentive learner on things like plays, defensive schemes and scouting reports, things that I had become laxed in while not playing.

It was also really cool to see how different things are from being a manager and being a player. Playing in the 12 games that I did will be an experience I never will forget. Helping the team end a long losing streak and beat LSU will always be an all-time favorite of mine. The energy in the arena was electric.

Another thing that I will never forget is winning my last regular season away and home game. Saben Lee’s crazy road performance against Alabama was a sight to see and the team really played well from start to finish starting with Saben all the way down to (walk-on) Isaiah Rice who played huge for us.

But the biggest blessing for me being on the team happened was when my friend Adriel Bineza (who I mentioned earlier) passed away. I’ve said this many times, but that I do not think I would be graduating this year had I not played basketball because for a period of time I did not want to be on campus. My teammates and coaches really helped me through that time of pain in my life and I am forever grateful for the hand that they played in my life.

Unfortunately for us, we were injury prone this year and had to overcome a ton, but we stuck together, stuck with the system and Vanderbilt basketball is headed in the right direction.

I’ve been blessed to have a very unique experience here at Vanderbilt. I was able to make some really good friends outside of basketball and I cherish all of those relationships.

I was also able to pledge the best fraternity in Kappa Alpha Psi and its best chapter in Nu Rho and those are brothers that I will have for life. In Kobe Bryant’s jersey retirement speech, he said, “The dream is the journey, not the destination.” Well, my journey has had many ups and downs, lefts and rights, but I can say that I’ve needed everything that I have gone through and I’m glad my experience is what it is.

My time at Vanderbilt has been a blessing and I can’t wait for what is to come.